DENTON (UNT), Texas — The Murphy Center for Entrepreneurship and Innovation at the University of North Texas is partnering with the Denton community to launch a new investment group in North Texas.

The Denton Angel Investment Group – whose founders include several successful entrepreneurs, two CEOs, a seasoned corporate attorney and the leader of UNT’s Murphy Center – was recently created to provide investment and strategic advisory support to... 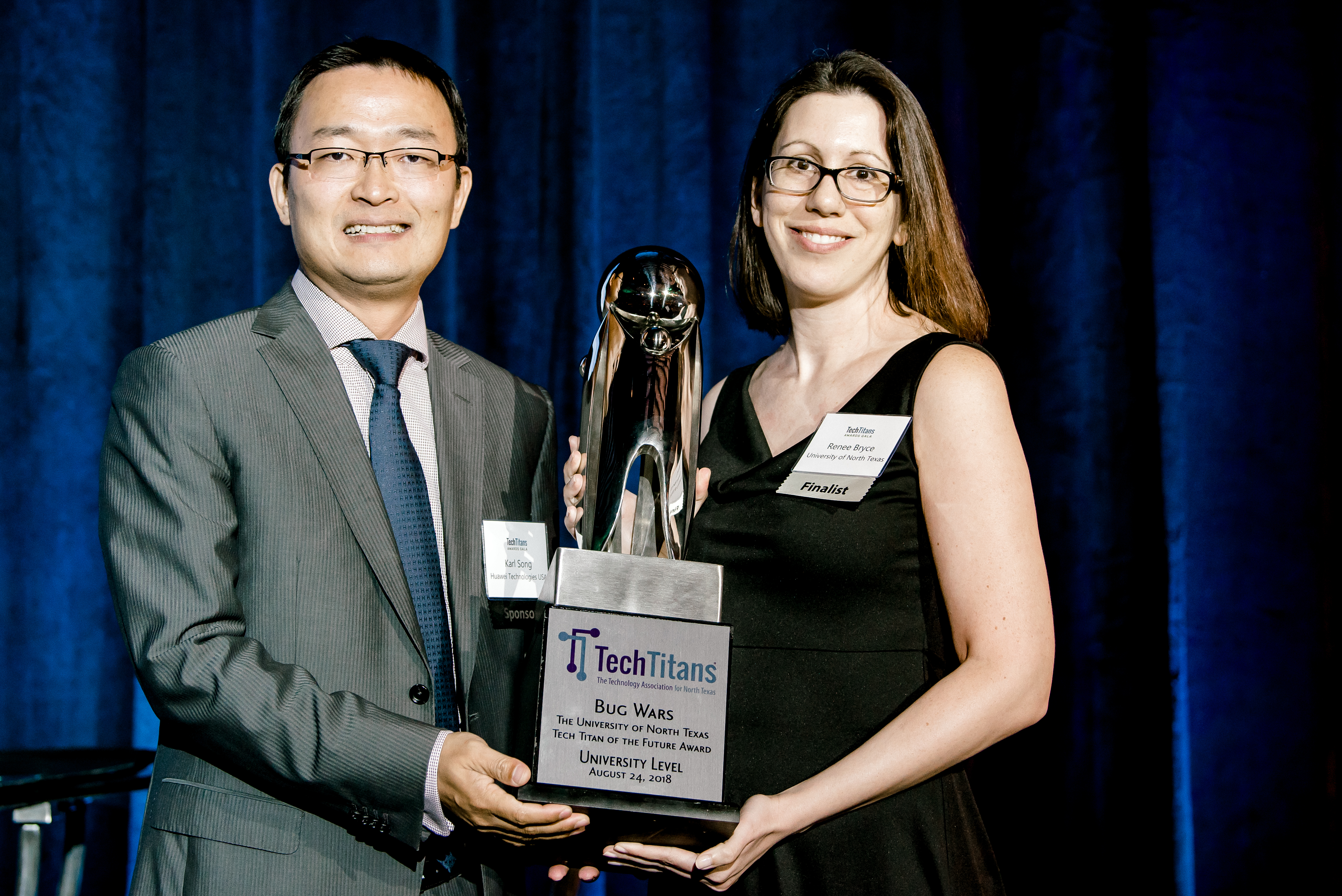 Renee Bryce, a professor in the University of North Texas, College of Engineering, Department of Computer Science and Engineering received the 2018 Tech Titans of the Future– University Level Award, which included a $25,000 prize.

The award honors Dallas-Fort Worth higher education institutions that encourage and support students in pursuing engineering- and technology-related disciplines.

Bryce was recognized for creating the...

What happens to the world of math when descriptive set theory begins to merge with descriptive dynamics? According to University of North Texas College of Science Regents Professor Stephen Jackson, you get the theory of definable sets.

“The theory of definable sets is on the very forefront of mathematical logic theory. It combines descriptive sets, ‘well-behaved’ real numbers and descriptive dynamics: the mathematics of movement,” said Jackson. “I will present my findings on definable set theory at the...

DENTON (UNT), Texas -- Four University of North Texas professors will receive time to work on personal projects – ranging from writing poetry to creating a virtual reality program – after receiving an Institute for the Advancement of the Arts fellowship.
The Faculty Fellows program allows UNT faculty members to take a semester off from teaching to pursue creative research in the arts. The IAA serves to promote artistic and creative expression at UNT.

Bruce Bond, Regents Professor of English
Bond will work on a book-length poem titled “The Calling” that...

DENTON (UNT), Texas  The Health and Medicine Division of the National Academy of Sciences has long recommended that adults consume at least 1,000 milligrams of calcium daily, and women age 50 and older should consume even more.
What’s great advice for Americans with European ethnicity, however, may not be great advice for Americans with West African ancestry. That demographic has high susceptibility to certain cancers when exposed to America’s calcium-rich, dairy food culture, according to Constance Hilliard, University of North Texas researcher in evolutionary African history....