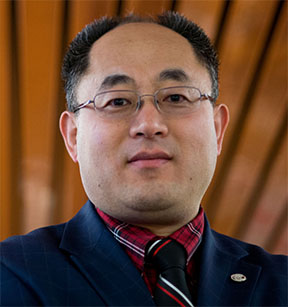 The University of North Texas appointed Hanchen Huang as its new dean of the College of Engineering. Huang’s appointment begins Jan. 1, 2019.

In his role at UNT, he will have authority over research, outreach and curriculum.

“I’m excited that Dr. Huang chose to lead UNT’s College of Engineering as it continues to grow its student body and expand its reach as a nationally recognized engineering program,” UNT Provost Jennifer Cowley said. “Dr. Huang brings with him a wealth of research and educational experience in mechanical and nuclear engineering that will help him in guiding and supporting our faculty and student researchers in their own work at UNT. I’m looking forward to what UNT’s College of Engineering will achieve under his leadership.”

The fast-growing College of Engineering has grown 16 percent since fall 2015 and includes several nationally ranked engineering programs, boasts partnerships with industry to ensure students have the best training possible and continues to be a pacesetter in green technologies.

Huang replaces Yan Huang, who has been serving as interim dean of the college, is a professor of computer science and engineering and has served as associate dean of research and graduate studies in the college. She began serving when Costas Tsatsoulis, who served as the college’s dean since 2008, departed UNT after accepting a position as vice chancellor of research and dean of graduate studies at the Missouri University of Science and Technology.

“I look forward to working with UNT leadership and the engineering faculty and staff to bring the College of Engineering to greater prominence and push the boundaries of what we are able to achieve in our classrooms and research labs  at Discovery Park,” Hanchen Huang said. “My goal is to continue to advance toward research excellence while preserving our core distinction of education.”

Prior to his current UNT appointment, Huang served as the Donald W. Smith Professor and the Department Chair of Mechanical and Industrial Engineering at Northeastern University. There, he accumulated more than a million dollars in research funding for his group while overseeing the department’s growth, including the addition of more than 20 tenured/tenure-track and 10 teaching faculty members, as the mechanical engineering graduate program steadily climbed 14 places in the U.S. News and World Report rankings.