DENTON (UNT), Texas — Topics including hazing, sexual violence, trans students on campus, the student loan crisis and the implementation of concealed carry, as well as other major legal considerations for university and college professionals and attorneys, will be discussed at the 20th annual Texas Higher Education Law Conference at the University of North Texas.

The conference will be March 21-22 (Monday-Tuesday) at the UNT Gateway Center, located at 801 North Texas Blvd. The event is expected to bring together almost 300 administrative, law enforcement and legal personnel from...

DENTON (UNT), Texas – Two prominent journalists will visit the University of North Texas in March to give public lectures on the fast-growing field of business journalism, in the Reynolds Business Speaker Series sponsored by UNT's Frank W. and Sue Mayborn School of Journalism. 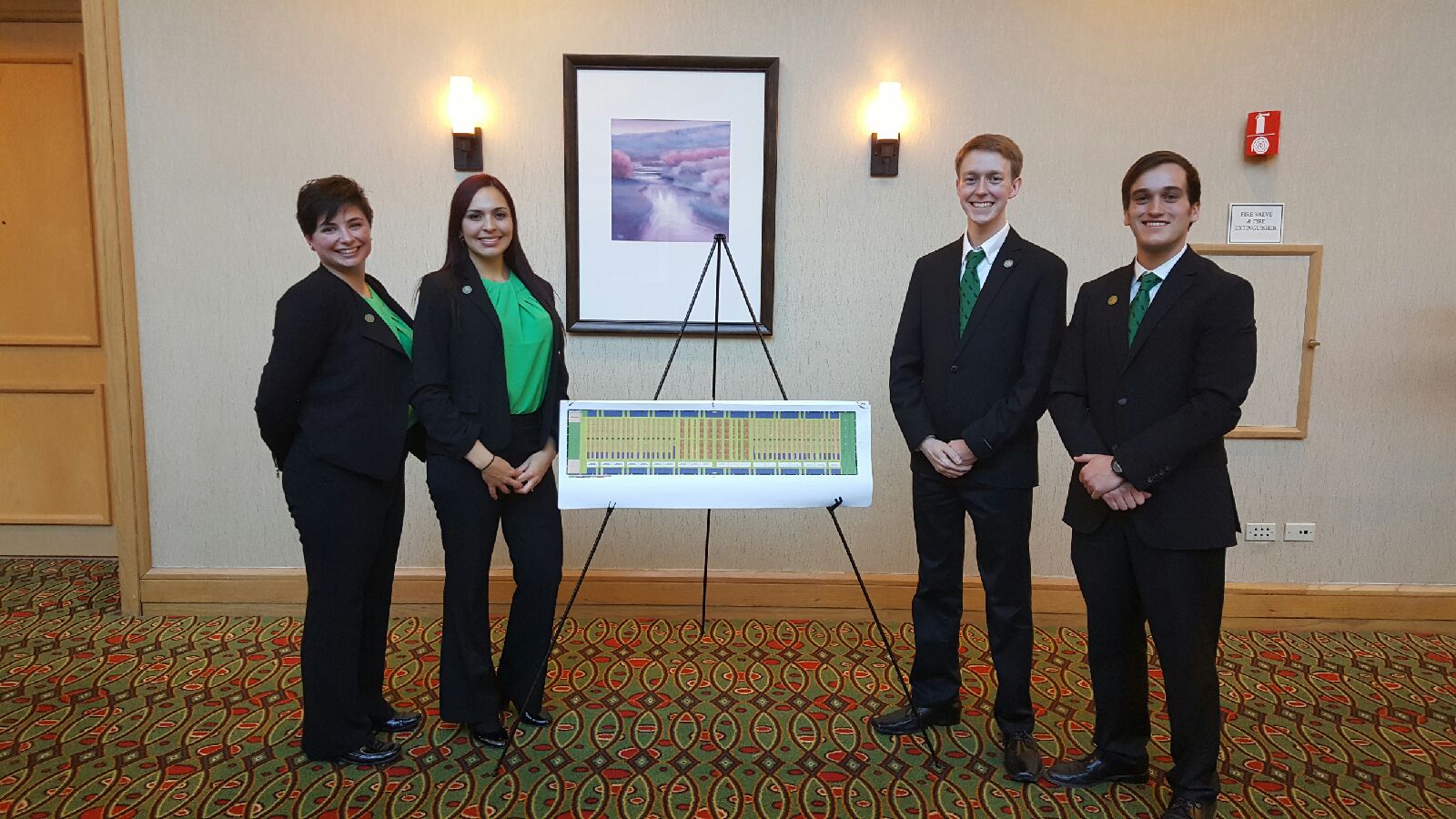 DENTON (UNT), Texas — University of North Texas students are marking a year-long winning streak with another first-place win at a major logistics contest. Four students took the top award from the 35th Annual Operation Stimulus Case Competition, hosted by the Denver Transportation Club Feb. 4 – 6. Competitors were challenged to step in as the hypothetical managing team for an underperforming warehouse facing multiple issues, such as budgeting, managing inventory, safety and improving operations.

"There is no room for error in this...

During a moot court, a simulation of an appellate court's proceedings, teams of two students...

DENTON (UNT), Texas — The Dow fell more than 500 points by mid-day Wednesday after oil prices dropped below $27 a barrel, and the Dow remains on pace for its worst month since October 2008 in the worst-ever market start to a year.

DENTON (UNT), Texas — U.S. News and World Report has named the University of North Texas College of Business online Master of Business Administration degree one of the nation's best: UNT was ranked No. 15 out of 228 schools listed. The 2016 rankings were published Tuesday (Jan. 12).

"This national recognition highlights our commitment at UNT to proving students in our online courses with the same quality...

DENTON (UNT), Texas — A team of University of North Texas students ousted more than 450 groups and captured the second place prize in the TD Ameritrade, Inc.-sponsored thinkorswim Challenge, a trading competition that challenges collegiate teams nationwide to grow their virtual stock portfolio to the max. The UNT team, SoSig, increased its portfolio by 129.02 percent, creating a final portfolio value of $1,145,078.73 at the end of four weeks of trading....

What: "Finding Yourself, Not Losing Yourself in the Workplace" with Pier 1 Imports executive Catherine David and research expert Kirthi Kalyanam – A frank conversation about how to be true to yourself and still be successful in the workplace. The talk closes the University of North Texas Executive + Scholar Series for the Fall 2015 semester.

DENTON (UNT), Texas — Harvey Rosenblum, the retired executive vice president of the Federal Reserve Bank of Dallas, will share expertise about preparing for and preventing the next financial disaster through monetary policy and regulatory practices, including reforming banks that are deemed "too big to fail."