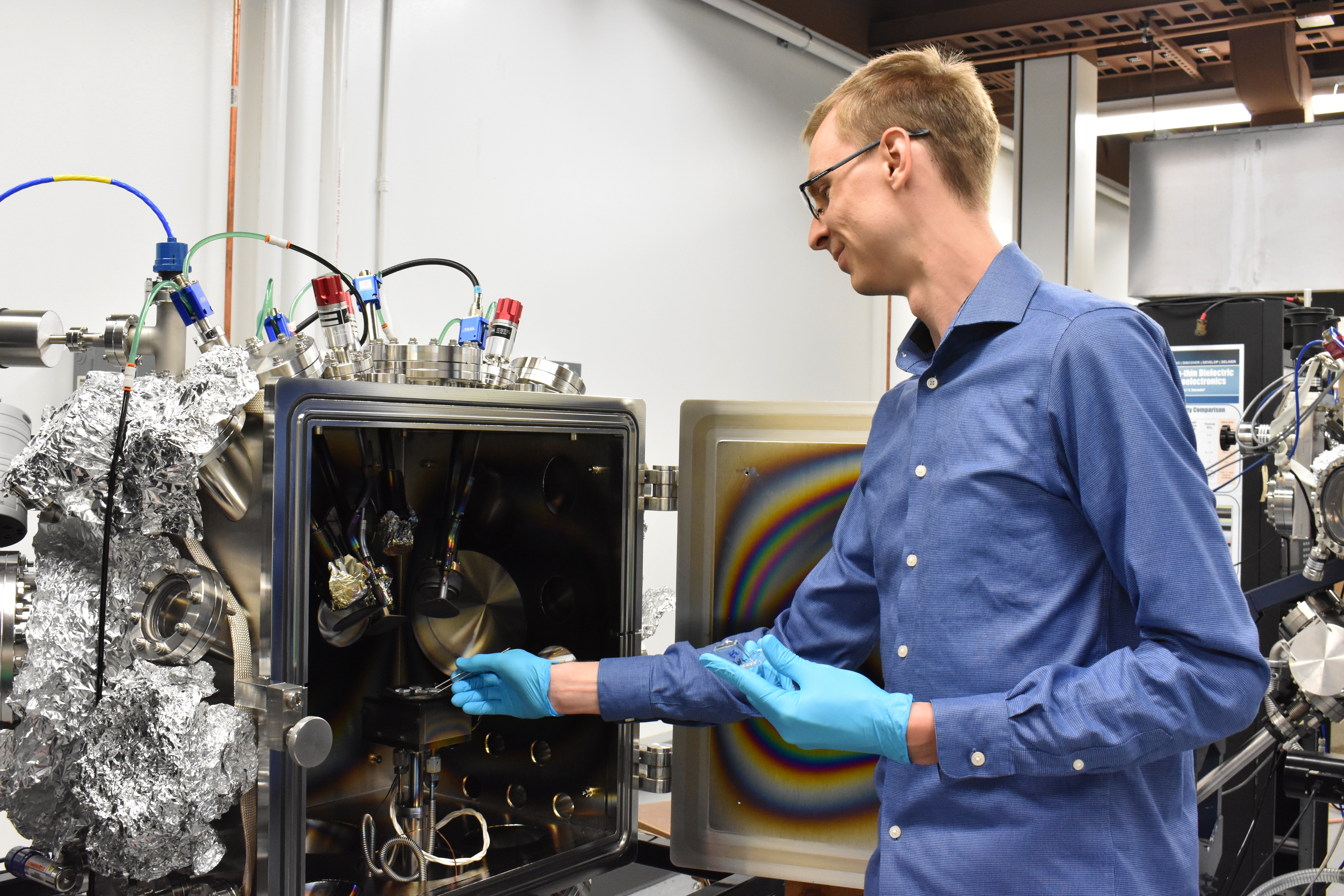 “When dealing with electronics at the nanoscale  , exposure to foreign substances can have devastating effects,” said Sirota. “Remember, we are dealing with electronics at the smallest scale. Main electronic components such as transistors can now be made from metal dichalcogenides films only a few molecules thick. Even the smallest amount of air, moisture and/or temperature increase will result in oxidation and deterioration of the transistor rendering it unreliable.”

After two years of research, Sirota, advised by his graduating professor Andrey Voevodin and working with a team of collaborators from the Air Force Research Laboratory and the National Institute of Standards and Technology, has developed a metal film for nanoelectronics that can be sandwiched with an ultra-thin protective layer.

“I used boron nitride to act as a barrier to outside oxidizing substances,” said Sirota. “This unique combination of materials not only protects the nanoelectronics but also allows for improved electrical flow and chemical stability even at high temperatures.”

The paper is titled “Hexagonal MoTe2 with Amorphous BN Passivation Layer for Improved Oxidation Resistance and Endurance of 2-D  Field Effect Transistors” and can be found here.