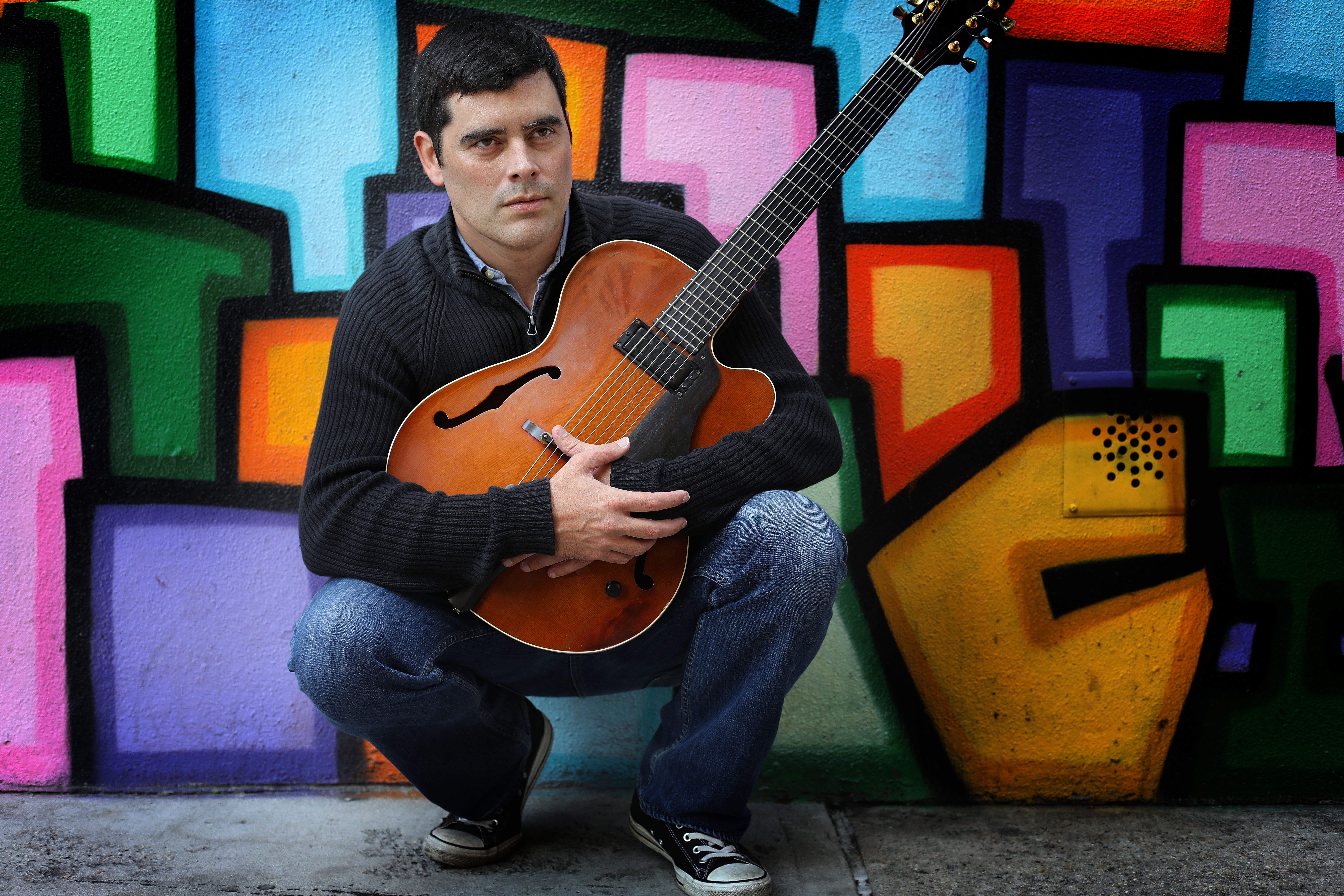 “The album’s title describes our creative experience,” said Mooney. “Ko had never met the rest of the band. He flew in from Tokyo and met everybody for the first time at the recording studio. It’s remarkable that people from far off places and different walks of life can have an immediate, dramatic impact on each other after meeting just once.”

Mooney and Omura toured together previously in Japan and recognized their strong musical chemistry. The two decided to collaborate on an album, each contributing five compositions. In January, Mooney and Omura joined John Ellis: saxophones and clarinets; Glenn Saleski: piano; and Matt Clohesy: bass to record the album in New York.

Mooney, a UNT College of Music alumnus, stays on top of the New York and international jazz scene, recording and touring when he is not teaching. He says that being a professional musician and a teacher is a perfect fit that benefits both him and his students.

“I am fortunate to get to collaborate with students who are incredibly innovative and performing at a really high level,” said Mooney. “It’s exciting to work with them and share what I’ve learned while on tour and in the recording studio.”

Mooney has recorded eight CDs as a leader and many others as a sideman. “Benign Strangers,” “Hope of Home” and “Perrier St.” are released on Sunnyside Records. Mooney has also self-published two novels, “Annalee” and “Hometown Heroes.”

The College of Music is one of the nation’s largest and most respected comprehensive music schools. It offers fully accredited degrees from the bachelor to doctoral levels and is home to the world’s first jazz studies degree program. Faculty include internationally acclaimed artists and scholars in composition, conducting, ethnomusicology, music education, music entrepreneurship, music history, music theory, performance and performance and performing arts health. The college presents more than 1,100 concerts and recitals annually. UNT music alumni can be found around the globe in impressive, award-winning careers across a wide-range of music professions. Visit the College of Music online calendar at http://music.unt.edu/calendar and connect with the College of Music on Facebook at Facebook.com/UNTCollegeofMusic, and on Twitter at @UNTCoM