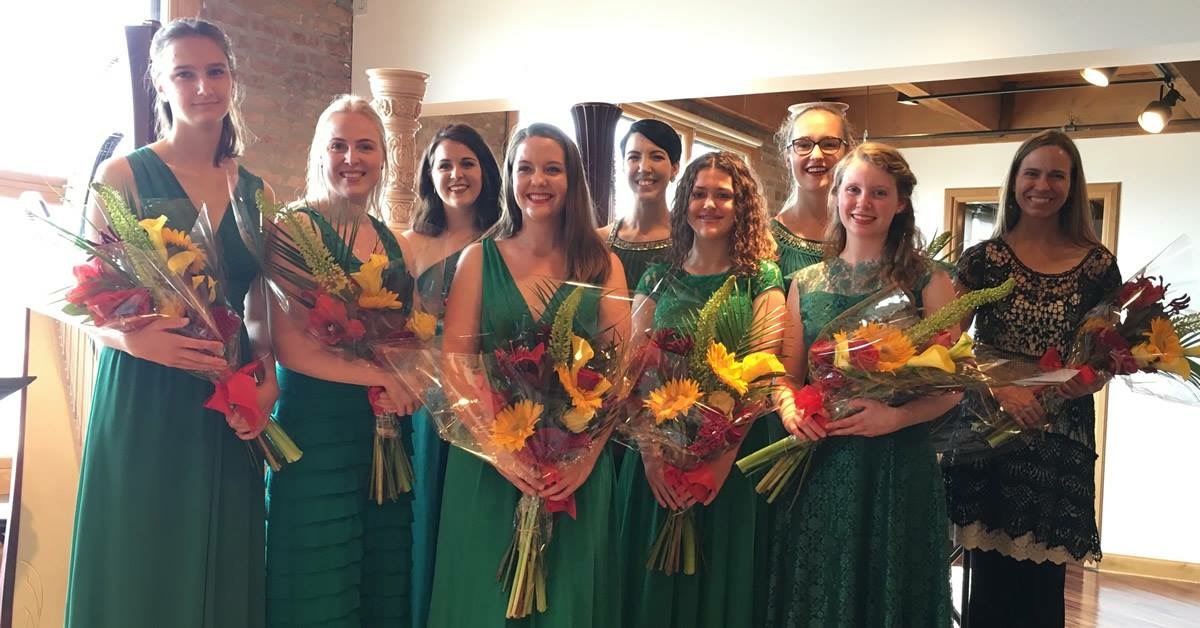 “The trip was an incredible honor,” said Jaymee Haefner, director of undergraduate studies and assistant professor of harp. “Only four other harpists were presented during the series. The group was very excited to have been invited and raised the funds to attend the event through performances in the DFW area.”

The HarpBeats toured the famed Lyon & Healy harp factory and showroom that hosts the Lyon & Healy Summer Concert Series. The UNT students performed a full program as part of the concert series and had opportunities to network with professional harpists and concert attendees.

UNT’s 12-year-old ensemble has attracted international attention for its innovative arrangements of traditional and popular music, ranging from Ben Folds to Queen. The group was recently featured as part of the 2017 World Harp Congress event in Hong Kong. One of the largest and most highly acclaimed college harp ensembles in the country, the HarpBeats are now an internationally-recognized touring harp ensemble.

The College of Music is one of the nation’s largest and most respected comprehensive music schools. It offers fully accredited degrees from the bachelor to doctoral levels and is home to the world’s first jazz studies degree program. Faculty include internationally acclaimed artists and scholars in composition, conducting, ethnomusicology, music education, music entrepreneurship, music history, music theory, performance and performing arts health. The college presents more than 1,100 concerts and recitals annually. UNT music alumni can be found around the globe in impressive, award-winning careers across a wide-range of music professions. Visit the College of Music online calendar at http://music.unt.edu/calendar and connect with the College of Music on Facebook at Facebook.com/UNTCollegeofMusic, and on Twitter at @UNTCoM