Guohua Feng, a professor in the University of North Texas Department of Economics, has been named a fellow in The Society for Economic Measurement. 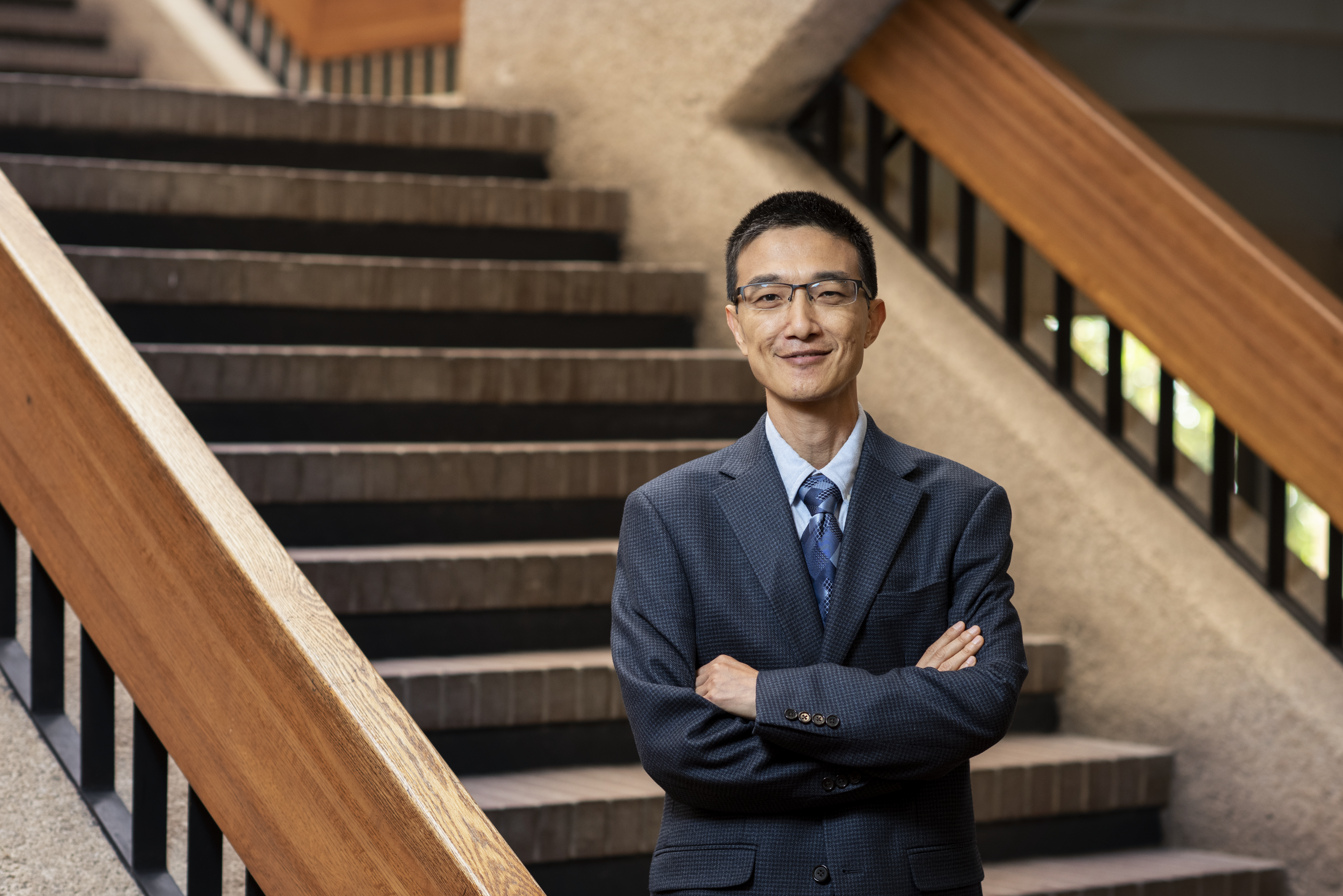 DENTON (UNT), Texas – Guohua Feng, a professor in the University of North Texas Department of Economics, has been named a fellow in The Society for Economic Measurement.

The international professional society founded in 2013 promotes the advancement of research on economic measurement. SEM selects fellows based on their work to evolve applied or theoretical economic measurement, according to the society’s bylaws. Feng joins a list of SEM fellows, which currently includes Nobel Prize Laureates and professors representing universities such as Harvard, Princeton, Cambridge and MIT.

“To be named to such an elite list of economists that includes 39 Nobel Prize Laureates is a significant honor,” Feng said. “I would like to express my deep gratitude to UNT, my department chair, David Molina and other colleagues for providing such a supportive, research-friendly environment.”

Feng’s research focuses on productivity and efficiency, econometrics and economic growth. Specifically, he has developed economic indexes to measure productivity in areas such as sustainable development and banking. His work has been cited around the world by economists, leaders of central banks, policymakers and academics alike.

“I’m extremely proud of Dr. Feng’s recognition in the society and know that it took dedicated and passionate work on his part to achieve such an honor,” UNT Provost Jennifer Cowley said. “As a Tier One research university, UNT is committed to bringing in and supporting top-quality faculty members so that we can provide the best possible education to our students but also to have a positive impact on the world around us. Dr. Feng is a wonderful example of a recognized scholar who is doing just that.”

Currently, Feng is exploring how carbon pricing impacts productivity growth of different industries in member countries of the Organization for Economic Co-operation and Development. As of 2018, 45 national and 25 subnational jurisdictions have adopted some sort of price on carbon, either through direct taxes on fossil fuels or through cap-and-trade programs.

“There’s no question about Feng’s contributions to the field,” said David Molina, associate professor and chair for the Department of Economics. “He proposed a productivity index that expands upon indexes that had been around since the 1950s and 1960s by economists Robert Solow and Dale W. Jorgenson – both Nobel Laureates. Feng also has developed an econometric method that provides better estimates of productivity and price elasticities.”