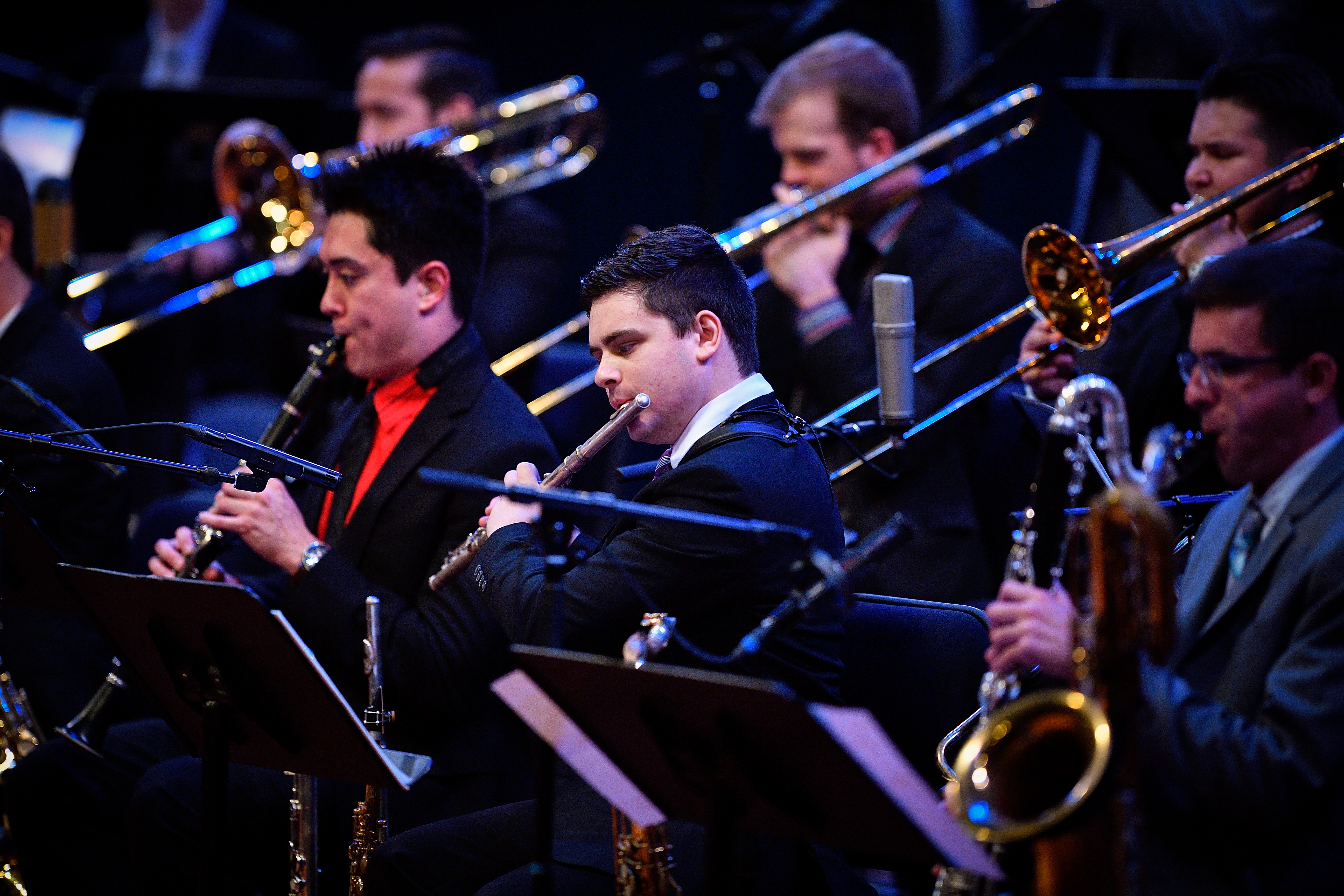 Wynton Marsalis, an internationally acclaimed musician and managing and artistic director for Jazz at Lincoln Center, sent a personal invitation to UNT President Neal Smatresk, which was accepted by Smatresk on behalf of the university’s students and faculty.

The One O’Clock Lab Band is one of only 10 collegiate jazz ensembles across the country that was asked to compete in the first Jack Rudin Jazz Championship, which includes two days of workshops, performances and competition.

“I’m thrilled our students have been selected to participate in this groundbreaking event. It will not only give them the opportunity to perform in one of the country’s foremost jazz venues, but also enable them to meet other students, educators and professionals in the field,” said John W. Richmond, dean of the College of Music.

The multiple Grammy-nominated One O’Clock Lab Band is under the direction of jazz composer and UNT alumnus Alan Baylock. The “One” has performed and toured throughout the world and counts renowned jazz musicians such as Billy Harper, Bob Belden, Jim Snidero and Ari Hoenig among its alumni. To date, the One O’Clock Lab Band has received seven Grammy nominations from its critically acclaimed catalog of over 80 recordings.

The College of Music is the largest public university music program in the United States and is one of the most globally respected. The College of Music offers fully accredited degrees from the bachelor through doctoral levels. Faculty include internationally acclaimed artists and scholars in composition, commercial music, conducting, ethnomusicology, jazz studies, music education, music entrepreneurship, music history, music theory, performance, performing arts health and world music. The College presents more than 1,100 concerts and recitals annually. UNT music alumni can be found around the world in impressive, award-winning careers across a wide-range of music professions. Visit the College of Music at http://music.unt.edu and connect with the College of Music on Facebook at Facebook.com/UNTCollegeofMusic,Instagram.com/untcollegeofmusic and on Twitter at @UNTCoM.