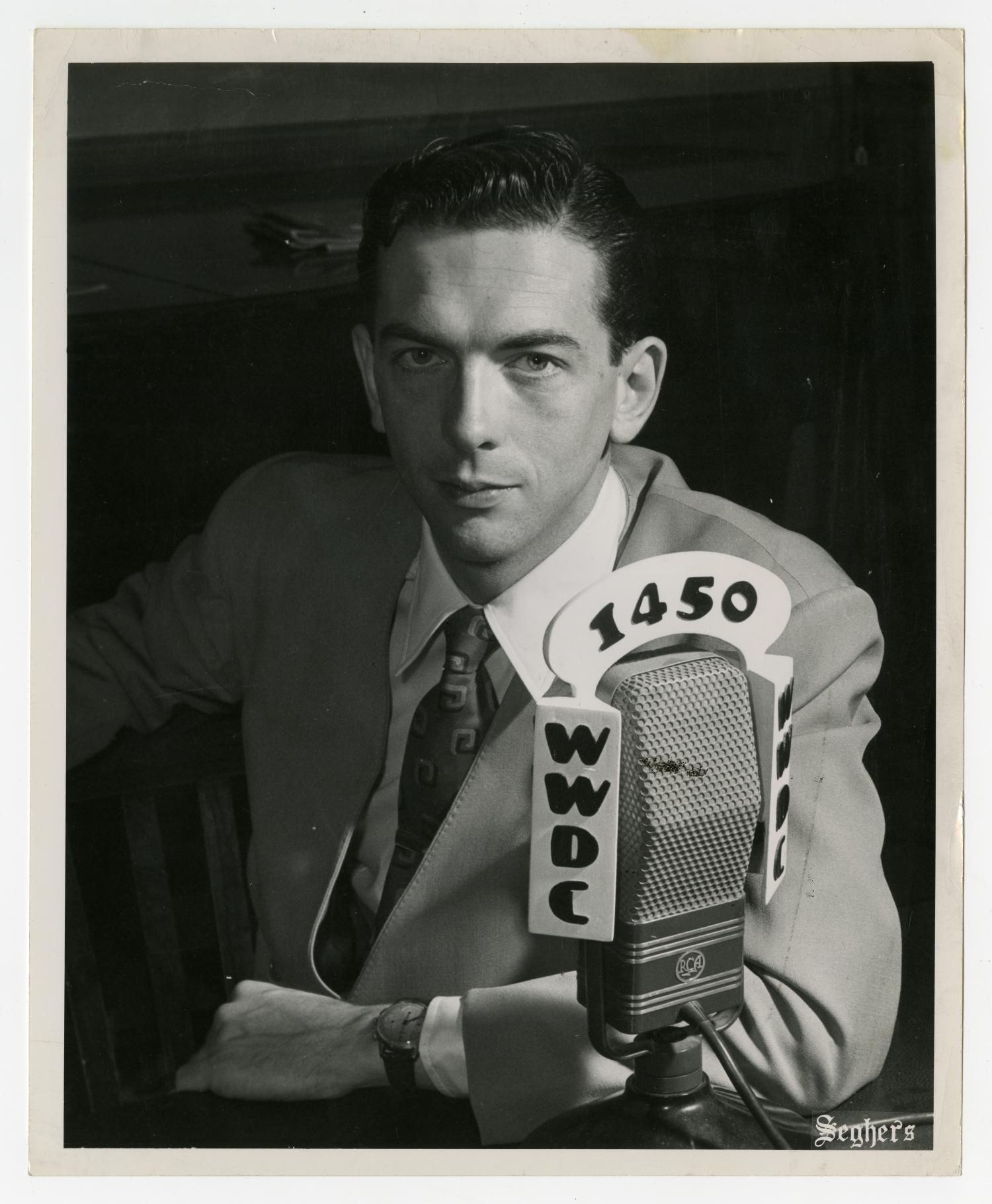 Portrait of Willis Conover for a publicity photo for radio station WWDC.

Where: The webinar will be streamed online via Zoom. To register, visit the symposium webpage.

UNT Libraries is gathering experts from across the country for a day-long virtual symposium on music radio and jazz history to celebrate what would have been Willis Conover’s upcoming 100th birthday.

A pioneer for radio broadcasting and jazz music, Conover is best known for his 41 years (from 1955-1996) as host of the radio program Music USA on the Voice of America. The second program hour — the jazz hour — gained Conover a loyal following overseas, particularly in Eastern and Central Europe and the former Soviet Union, where Music USA provided a reliable source of jazz when few others were available.

Conover would periodically broadcast recordings on Music USA of the One O’Clock Lab Band, UNT’s premier jazz ensemble. In 1983, he visited campus for the College of Music’s Jazz Lecture Series.

Knowing UNT’s dedication to jazz studies, including developing the world’s first jazz studies degree program in 1946, the Willis Conover Jazz Preservation Foundation donated one of the widest-ranging and most comprehensive Conover research collections to the UNT Music Library. The collection consists of more than 22,000 recordings of numerous formats, correspondence, memos, magazines, record catalogs, manuscripts, program notes, memorabilia, photographs, books and other personal items. A 2015 Grammy Foundation grant enabled the Music Library to have the oldest 380 tape recordings in the collection digitized, including Conover’s interviews with jazz icons such as Louis Armstrong, Duke Ellington, Eartha Kitt, Peggy Lee and Art Tatum.

The College of Music is the largest public university music program in the U.S. and one of the most globally respected. Faculty include internationally acclaimed artists and scholars in composition, conducting, ethnomusicology, music education, music entrepreneurship, music history, music theory, performance and performing arts health. With nearly 1,100 music events annually, you can experience world-class music anytime.

ABOUT THE UNT MUSIC LIBRARY

The UNT Music Library supports the scholarly and performance research needs of the College of Music by collecting and preserving monographs, reference works, periodicals, printed music and sound recording formats, as well as subscribing to electronic databases for research and streaming music. Special collections are a particular strength of the Music Library’s holdings, emphasizing the many genres classified under Western art music and jazz, but also popular music and various sub-genres. Eight full-time staff and dozens of student assistants also provide reference and access services, ensuring that the College of Music and all outside researchers are able to locate and access music materials.