Transparent windows would overlay images of the real world when viewed by astronauts UNT's augmented reality entry to the NASA SUITS competition. 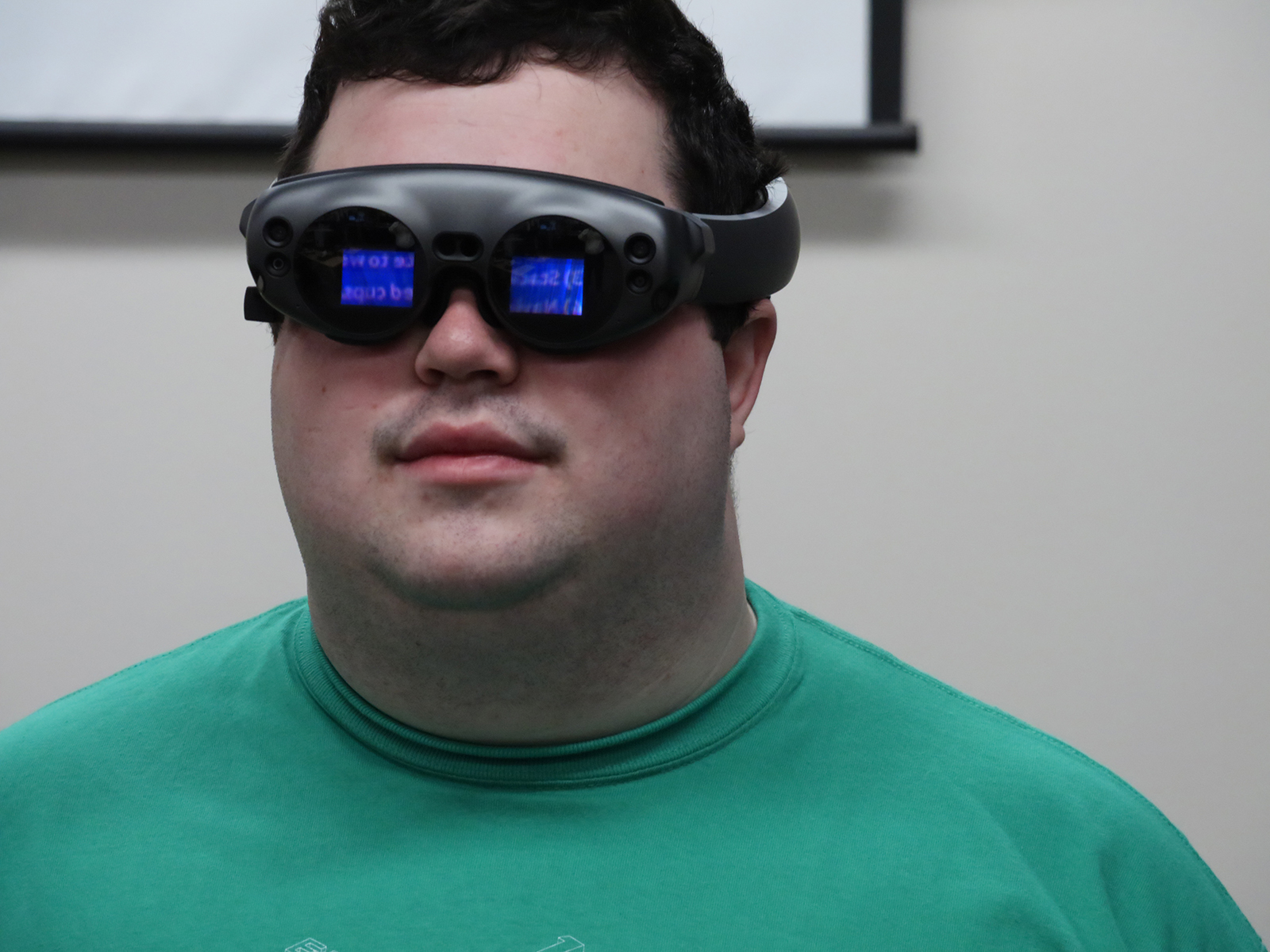 “Currently during a spacewalk, astronauts communicate with mission control via radio transmission. Voice communication is delayed and can sometimes be disrupted as it travels between Earth and the astronaut.” said Stern. “What we have done, using our AR goggles, is develop a system through which astronauts receive real time visual information. This information can be anything from the astronaut’s suit status, biometrics, checklists, detailed instructions and even pictures.”

The augmented reality display does not interfere with the astronaut’s view of the real world. Ruiz said that unlike virtual reality, the augmented reality user will still see the outside world. The AR data will be semitransparent and overlay the user’s actual view.

“We didn’t really have any experience with AR,” Stern said. “We heard about the NASA SUITS Challenge and thought it would be a cool project. We used our engineering experience and trained ourselves to do the programming for the AR goggles. Imagine our surprise when we were one of 16 teams to be selected to go the Johnson Space Center along with teams from Virginia Tech and Harvard.”

“This project has been particularly exciting for me,” said Woodward “Part of the competition involved creating a curriculum for K-12 students. It has been one of the best parts of the project to visit classrooms and share our project with students. When I was a kid, I remember a visitor coming to class to talk about science. That talk really changed things for me. It was then I decided to pursue my passion for STEM. Now, as part of this project, I get to be the visitor that goes to schools and gets a kid excited about the future.”

The UNT College of Engineering team will travel to the Johnson Space Center in Houston April 14-19 to compete in the NASA SUITS design challenge. The students will present their AR programming to computer scientists, engineers and astronauts. During the competition, the team’s program will be tested by a NASA astronaut on the space agency’s mockup of the International Space Station. The UNT team will face off against student teams from the University of Akron, Bradley University, Boise State, University of Colorado – Boulder, University of Michigan, University of Wisconsin – Stout, Virginia Tech, Inter-American University of Puerto Rico, Valencia College, Santa Monica College, Texas A&M – College Station, Riverside City Community College, Stevens Institute of Technology, University of California – Santa Cruz and Harvard University.