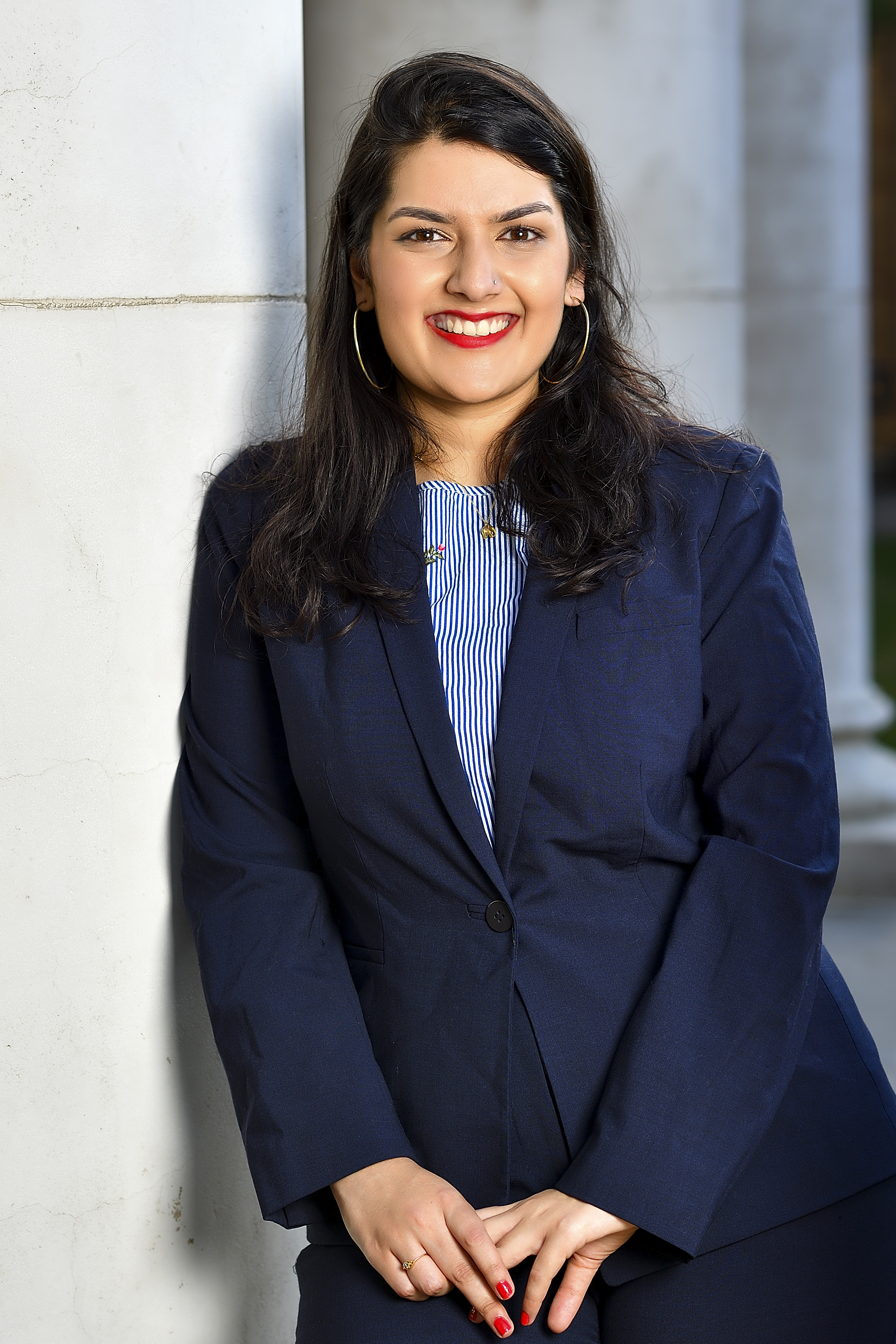 Shah, a political science and economics major graduating this May, is one of 62 students in the U.S. selected this year for the scholarship, which Congress established as an official federal memorial to the nation’s 33rd president.

Shah, who is a member of the UNT Honors College, is the fourth UNT student to win the Truman Scholarship. Over the years, there have been eight UNT finalists for the award. Most recently in 2019, David Yue became the first Texas Academy of Mathematics and Science student to be named a finalist.

As a Truman Scholar, Shah will receive a $30,000 scholarship for her graduate study. In addition, scholars receive priority admission and supplemental financial support at some premier graduate institutions, leadership training, career and graduate school counseling, and special internship opportunities within the federal government.

“The UNT Faculty Nominating Committee commends Hillary for the added distinction she has brought to herself and to UNT,” said James Duban, Honors College associate dean for research and national scholarships and chair of the UNT Truman Scholarship Nominating and Mentoring Committee. “She is a brilliant undergraduate who is determined to enhance the quality of life for others and who will certainly continue making significant contributions to society.”

The daughter of Indian immigrants, Shah is the first in her family to pursue a career in public service.

“The Truman Scholarship isn’t just going to give me money, but also connections and a network of people who are doing the same work. I’m really excited to be part of a community of like-minded people who are as passionate about public service as I am,” Shah said.

Shah has an extensive record of public and community service. She cares deeply about advocating and empowering marginalized communities such as people of color, people living in poverty, felons and others.

While at UNT, Shah has served in the Student Government Association as vice president and is a founding member of the Coalition of Civic Empowerment. She has been active in expanding student voter registration and voter education on campus. She even helped break a state record during her freshman year in 2018 by registering 752 eligible voters in one day.

As a member of the UNT Moot Court Team, she has excelled in debate competitions at a national level, including an award-winning argument against the University of Chicago in front of Texas Supreme Court justices.

She has served as an intern at the American Civil Liberties Union in Washington D.C., as well as in the Civil Rights Division of the Department of Commerce through the Washington Leadership Program, a national organization that focuses on fostering the next generation of leaders from the South Asian community.

Following her graduation, Shah plans to move to Washington D.C. where she has multiple offers for work in public service. She will use her Truman Scholarship to continue her studies in law school.