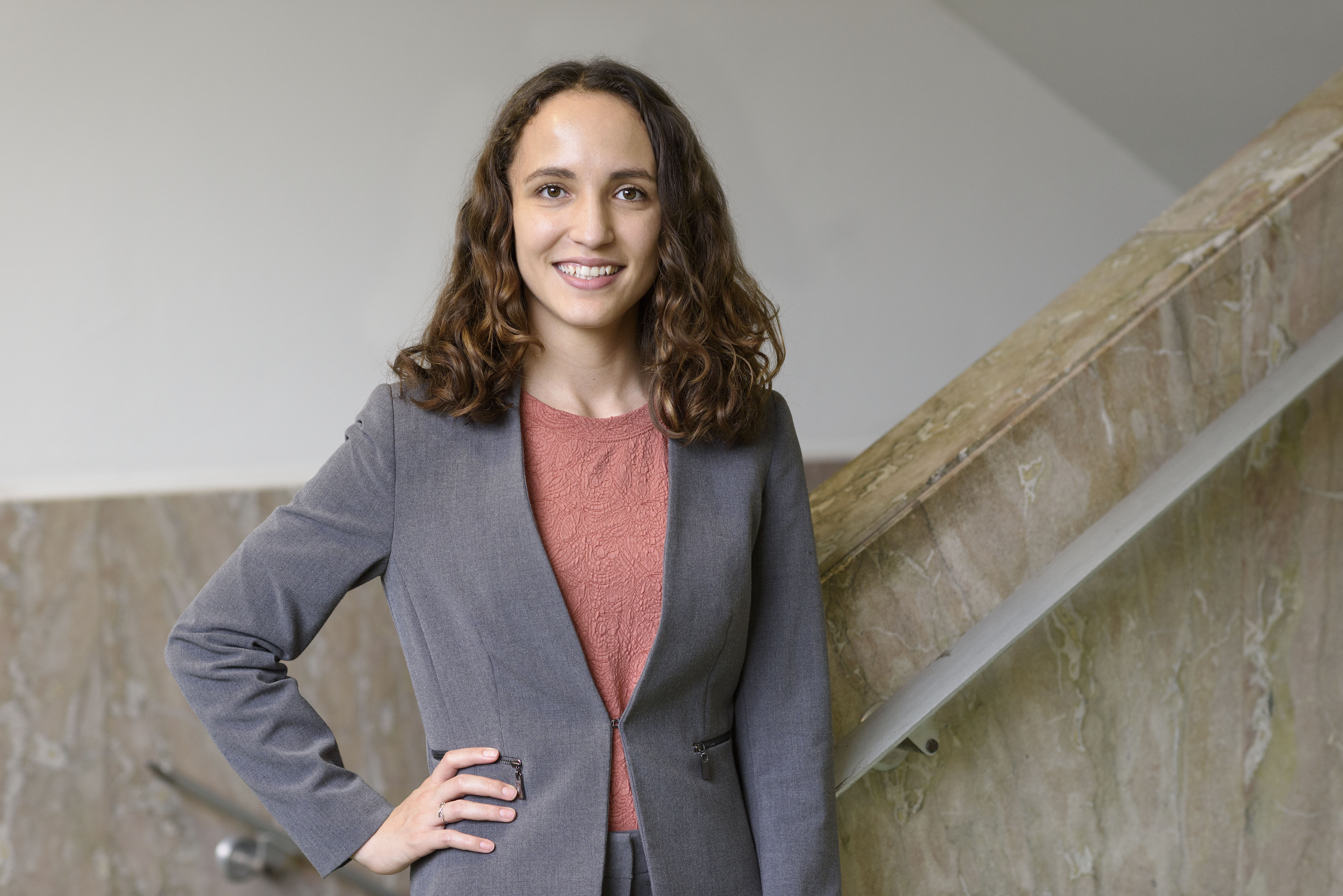 Krystin Rodriguez, a December 2017 Honors College graduate, is one of 30 U.S. students to receive a 2018 Charles B. Rangel International Affairs Fellowship from the U.S. Department of State.

DENTON (UNT), Texas - Krystin Rodriguez, a senior international studies major and French major at the University of North Texas, is one of 30 students in the U.S. to receive a 2018 Charles B. Rangel International Affairs Graduate Fellowship from the U.S. Department of State.

Rodriguez, a student in UNT's Honors College, will receive her bachelor's degrees Dec. 16. As a Rangel fellow, she will receive up to $21,500 each year for tuition and fees for a two-year master's degree program, beginning in fall 2018. She will also receive a stipend of up to $16,000 per year for two years, to help pay for living expenses, books and travel during the academic year and summer internships.

Winning a Rangel Fellowship "means having a solid guidance and freedom to pursue a unique career and serve the interests of the United States," Rodriguez said.

"I believe the financial barriers put on students who want to obtain an education should not limit their ability to succeed, and I am grateful the program offers the chance to obtain an education and to develop critical skills needed to be a diplomat in a world of changing policy and relations with other countries," she said.

A 2014 graduate of Ryan High School in Denton, Rodriguez participated in Upward Bound throughout high school, which she said made her realize that a college degree was for her. She was in UNT's Emerald Eagle Scholar Program, which helps academically talented students with high financial need earn college degrees by providing tuition, fees and mentoring.. Rodriguez also received a Hispanic Scholarship Fund Award and the Honors College’s CJ Davidson Scholar Award.

Rodriguez is already familiar with Washington D.C. and the State Department. In 2016, she received the department's Benjamin A. Gillman International Scholar Award, which pays for study abroad for students from low-income families. She was in a language immersion program in Cannes, France, that was sponsored by UNT's Department of World Languages, Literatures and Cultures.

This past summer, she served a one-month internship in the office of Texas Rep. Michael Burgess through UNT's NTDC program. She then completed a second internship with the State Department’' Foreign Service Institute.

Before returning to Washington D.C. next summer, Rodriguez will serve another two-month State Department internship at the U.S. embassy in Rabat, Morocco. She said her fluency in French helped her land the internship.

Active in Lions International, an international service organization, since high school, Rodriguez helped to establish UNT's first Lions International chapter in December 2017, and served as the chapter's vice president and service chair. She was also a member and traveling delegate of UNT's Model United Nations and Model Arab League chapters, a conservation partner with UNT's Intensive English Language Institute and a research assistant to Paul Hensel, professor of political science.

She was selected as the speaker for the Honors College's Medallion Ceremony, an event in which all graduating students receive their medallions to wear at commencement ceremonies, on Dec. 14.