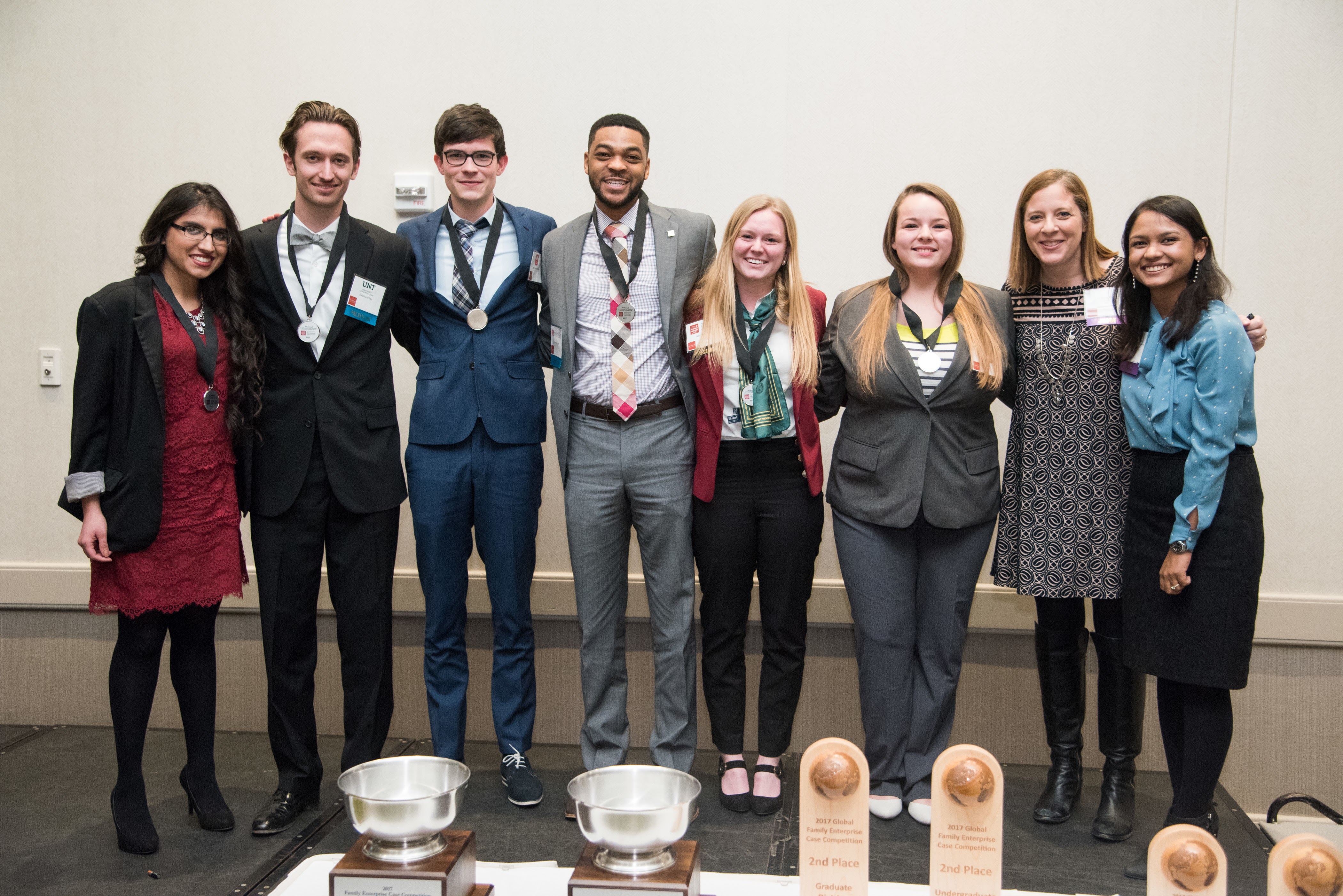 DENTON (UNT), Texas — A University of North Texas senior has won first place in an international contest putting his entrepreneurial skills to the test. Dylan Lischau of Sugar Land, Texas, helped his team win the top spot in his division for the collaborative portion of the Global Family Enterprise Case Competition, which partnered students from different institutions to solve a business challenge in a matter of hours.

Case competitions like these push students to apply concepts they’ve learned in the classroom to real-world situations.

“Family businesses are vital to the economy,” said Lischau, an integrative studies major specializing in entrepreneurship, music and German. “Throughout the world, more than 70 percent of businesses are family owned, but only about 30 percent of the family businesses go on to be successful beyond the first generation. Our role was to offer them alternatives to continue growth that could be beneficial to the company.”

Teams innovated solutions for Valley Carriers. The company was experiencing division between the third generation, which had little leadership in the company, and the second generation, which held most of the decision-making power. Lischau’s team needed to turn around conflict that sometimes seeped into board meetings.

The group outlined ways the family could use its strengths. For example, faith was important, and the family had a charter that detailed how to treat one another. The team suggested the company create one-on-one meetings with the board chair, as well as a family council and monthly retreats for relatives to talk about personal grievances – thereby leaving the board meetings free for business-only discussion. Students also proposed that agenda items like financial statements be shared in advance of meetings so family members could go into discussions knowledgeable. Lastly, the students suggested a temporary, outside advisor to restructure the meetings.

“We wanted to emphasize that we weren’t trying to take over the way they ran the business – they have been successful for 50 years,” said Lischau.