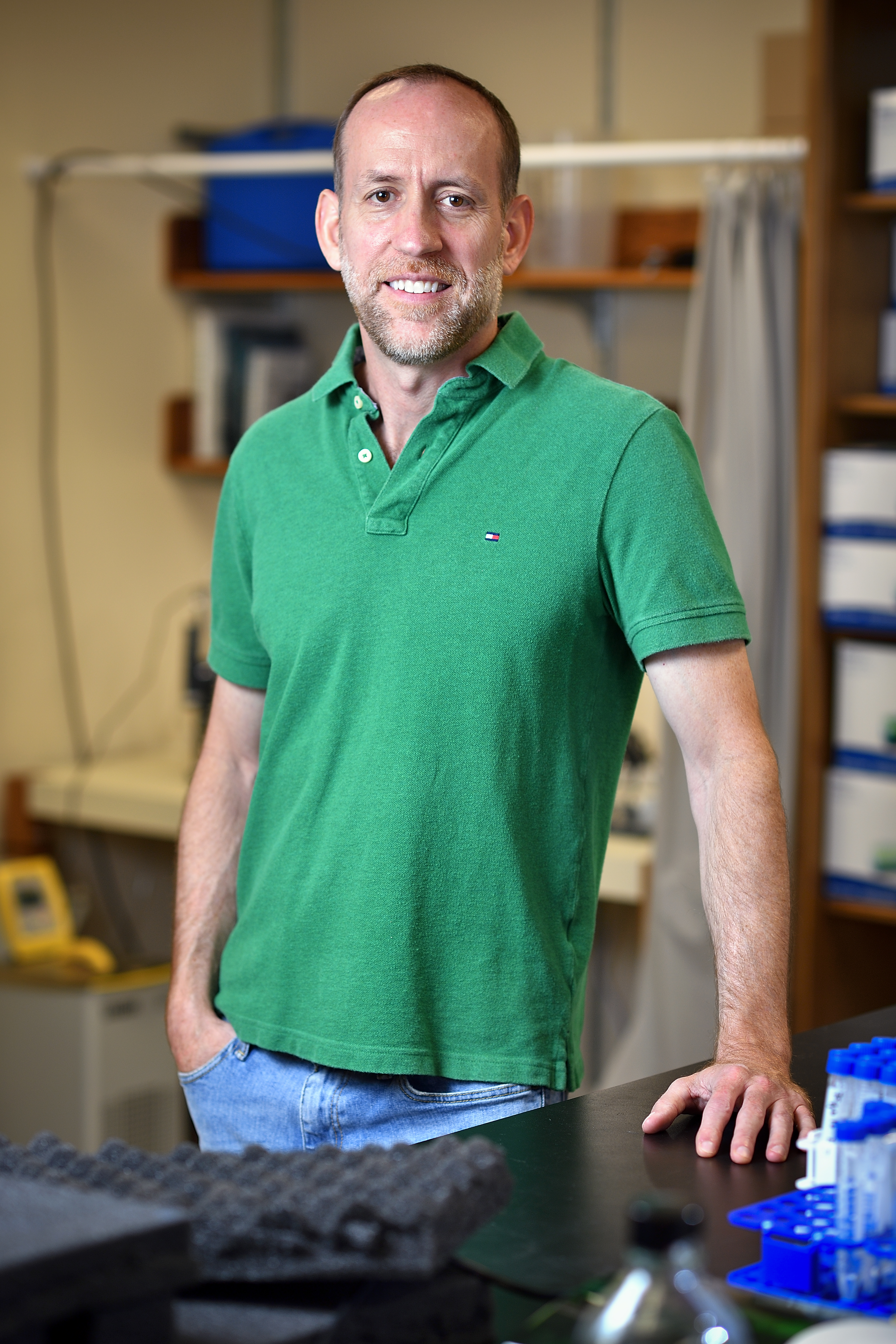 DENTON (UNT), Texas —In Texas, road construction is a frequent interruption for human commuters. But, road work is more than just an inconvenience for the state’s fish population. When roads cross streams and waterways, the flow of water can be accelerated through the placing of structures in the water such as pylons and culverts.

Biologists at the University of North Texas are helping state conservation efforts by studying fish velocity through manmade obstacles.

“Changing the speed of water can have a very negative impact on fish populations,” said UNT biology professor Ed Mager. “If the flow of water exceeds the maximum speed of a fish, it can’t swim upstream. This can impact migrations critical to their life cycle and fracture habitats, limiting population growth and distribution.”

Mager says that he and his team will examine four species of fish that are considered to be species of greatest conservation need: the Guadalupe Bass (the state fish of Texas), Guadalupe Roundnose Minnow, Guadalupe Darter and Plateau Shiner.

“We use a device called a swim tunnel, like a treadmill for fish, to assess a fish’s maximum sustained velocity, and behavioral tracking software to measure the fish’s ability to ‘sprint’ forward with a short burst of speed,” he said. “The four species of fish we are testing all inhabit the upper Guadalupe River at various life stages. Once we understand the swimming performance of the river’s occupants, we can make recommendations of maximum water flow rates that can be incorporated into the planning of waterway crossings.”

Mager has already completed testing of the Guadalupe Roundnose Minnow and has found that the maximum sustained swimming speed and burst speed ranges from 35 to 50 cm/second and 100 to 140 cm/second, respectively, depending on temperature.

This research is funded by the Texas Parks and Wildlife Department and will be part of its River Conservation Program.