An old Ginkgo tree located in Guizhou province, China. It has a trunk circumference of 50 ft. (15.3 meters) and is over a thousand years old. Photo by Liang Tian/ Courtesy of Li Wang, Yuan Ze University 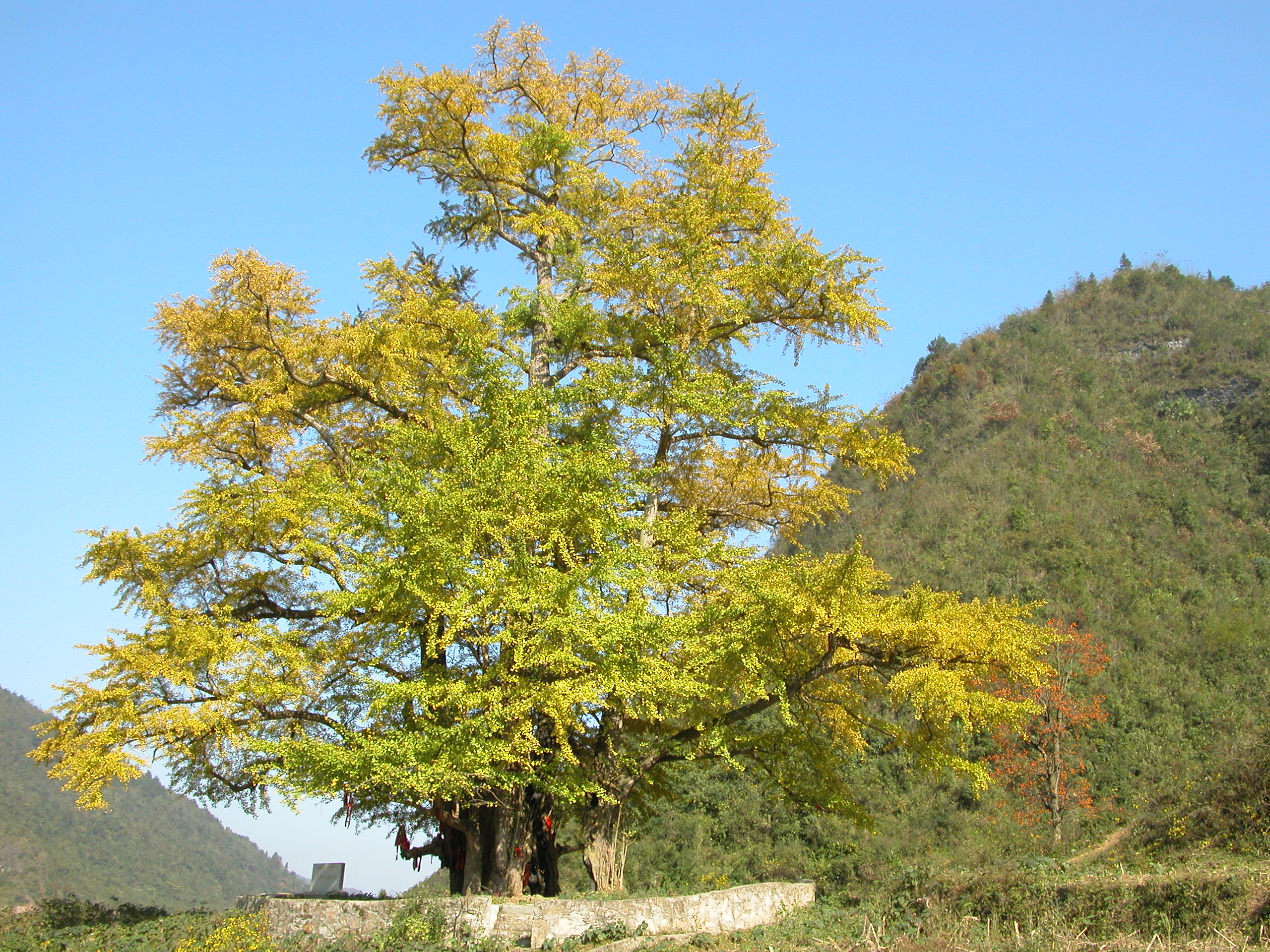 “Ginkgo biloba trees can live for thousands of years,” Dixon said. “And, when they die, it is generally the result of external stressors such as fire, flooding, poor nutrition, disease, parasites, etc. But, if those stressors are removed and perfect conditions existed, Ginkgo biloba could go on forever.”

Dixon explained that there is no evidence in Ginkgo of senescence, the genetic programming which causes plants and mammals to die. Perennial grassess, like switchgrass, are programmed to die back once a year in the fall. The nutrients in the body of the plant are sent back to the root system to support development of the the next season’s growth. Other perennial plants, such as lavender and daylilies, generally last only two or three years and have to be replanted. Even other trees have limited life spans.

“Ginkgo trees have a very robust defense system built in and the system doesn’t wear out,” he said. “We examined 700-year-old trees and found they still expressed the same strong defenses as 20-year-old trees. These defenses are both active, allowing the tree to respond to conditions, and passive, having pre-built chemical barriers.”

Dixon said that a large part of their research involved examining how Ginkgo trees can balance continuing growth over long periods of time with maintaining strong defenses. The team wanted to know why these particular trees didn’t have to die while most others did.

“Fortunately for us, the genome of the Ginkgo bilboa had been sequenced,” Dixon said. “Using that information along with RNA sequencing we were able to identify the genes and genetic pathways for the individual functions that make up the systems that keep the tree alive for so long. There is still more work to be done, but right now we have taken a great step forward in our research.”