Professor Reid Ferring - Department of Geography and the Environment - holds a casting of an early hominid skull found at the Dmanisi site in the country of Georgia. Ferring has worked the site every summer for almost 30 years. 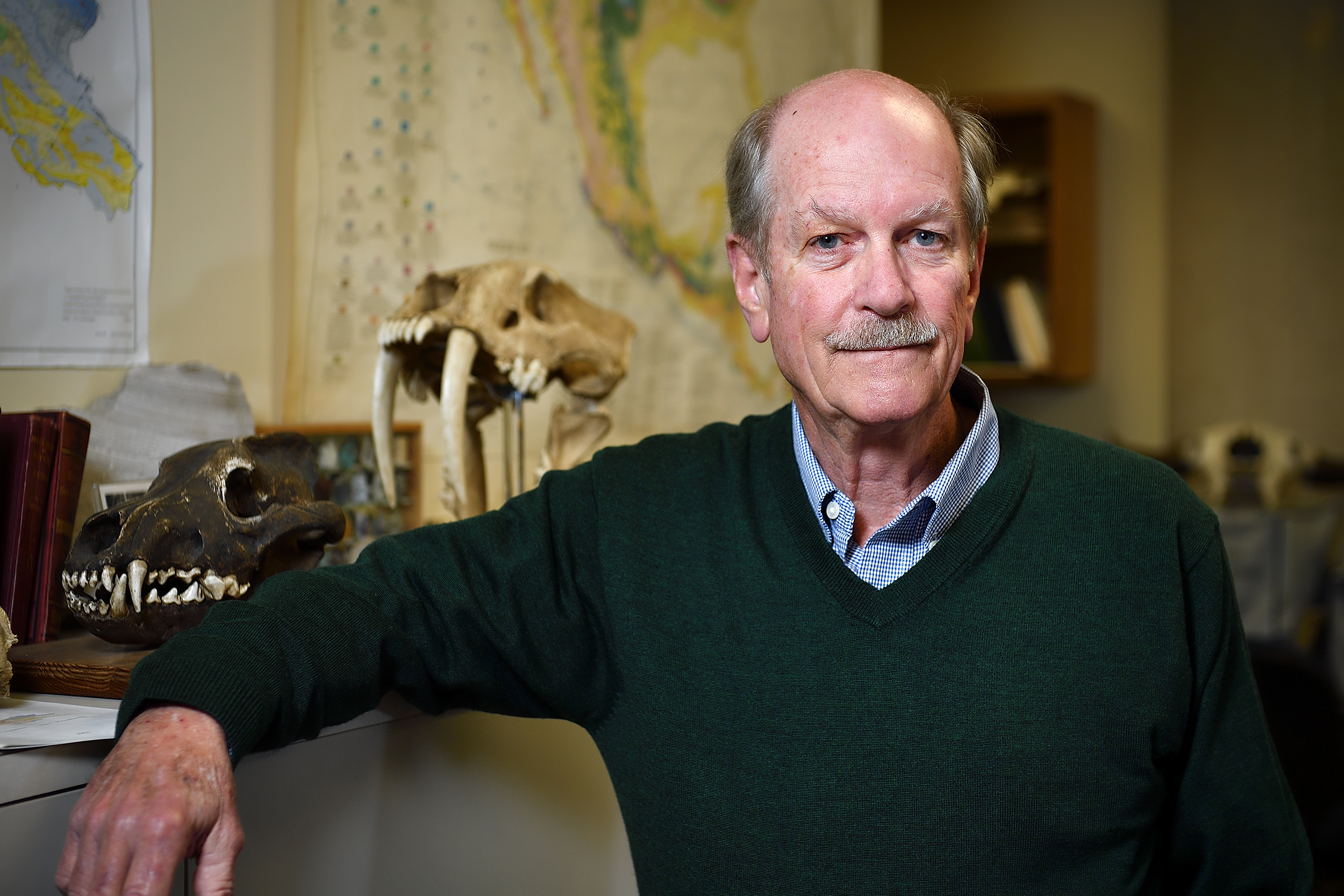 “This is very exciting because our current method for determining sex and species, examination of extracted DNA, was limited to approximately 200,000 years. Through palaeoproteomics, the study of ancient proteins, we can now look back over a million years,” said Ferring.

Ferring believes that palaeoproteomics will prove to be the key for establishing the evolutionary line between the earliest hominids and modern man. The reason, according to Ferring, is that proteins like collagen, which is found in tendons, ligaments, skin, bone and teeth, last much longer than DNA in fossilized material.

“We have thousands of hominid fossils in collections and museums around the world from all time periods,” he said. “We have five complete skulls from the Dmanisi site in the country of Georgia that I know are almost two million years old. There are so many samples that can now be labeled and differentiated between species of the same line. We are on the edge of learning much more about our ancestors and ourselves than at any point in history.”

Ferring added that the breakthrough came when the team was able to sample collagen from 1.7 million-year-old fossilized animal teeth found at the Dmanisi site. Using that protein, the team determined that the animal was a Stephanorhinus, an extinct form of rhinoceros. The team could then fit the Stephanorhinus into the modern rhinoceros’ evolutionary line and differentiate it from ones that came before and after.

Palaeoproteomics is a very new field and, as such, scientists are very careful to document and confirm each part of the process. Ferring was one of more than 40 prominent researchers of different specialties, nationalities and backgrounds who participated in the groundbreaking project.

“I was brought in not because I am an expert on ancient proteins, but because I am a geologist and archeologist who has been working at the Dmanisi site every summer for the last 27 years,” Ferring said. “The whole surface of the site is covered with ruins of Bronze Age and medieval structures including a fortress and a seventh century Orthodox Church. All of the materials we excavated were found under 20 feet of volcanic ash containing thousands of animal bones and artifacts.”

As the project geologist, Ferring documented and profiled the sediments in the area of the original find to provide context for all the materials that were dated and the fossils recovered. Based on the depth of the find and the type of minerals surrounding it, he was able to place the age of the Stephanorhinus teeth at more than 1.7 million years old.

In September, the journal Nature printed a paper titled “Early Pleistocene Enamel Proteome from Dmanisi Resolves Stephanorhinus Phylogeny” that describes the methods used and data collected by the international Stephanorhinus team. The paper was co-authored by Ferring.