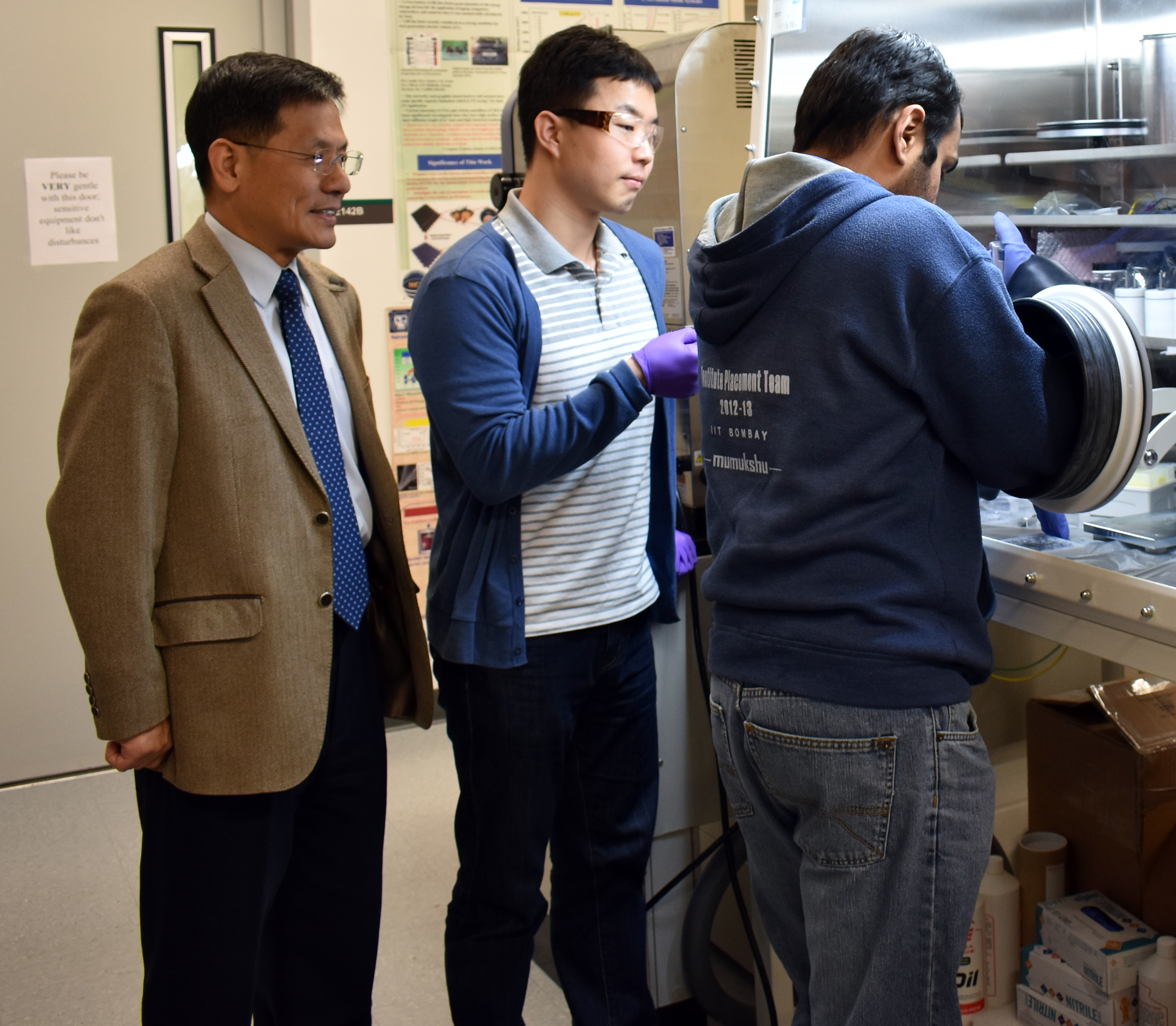 University of North Texas researchers in the College of Engineering’s Department of Materials Science and Engineering have created a uniform, thin, two-dimensional material that could revolutionize materials science.

DENTON (UNT), Texas — University of North Texas researchers in the College of Engineering’s Department of Materials Science and Engineering have created a uniform, thin, two-dimensional material that could revolutionize materials science. Their research has been published in Nature’s “Scientific Reports” journal.

“We have synthesized two-dimensional WS2 – tungsten and two sulfur atoms attached two dimensionally – that shows semiconducting behavior and relatively good electron mobility and we have brought it down to a one atom thickness,” said Wonbong Choi, professor of materials science and engineering and mechanical and energy engineering. “When we changed the thickness from a few layers to a single layer, we found that we can engineer energy bandgap of WS2. This is a very interesting phenomenon.”

Choi collaborated with two of his doctoral students – Juhong Park and Eunho Cha – as well as two scientists from South Korea to develop WS2. Their goal was to create a flexible, transparent material that was capable of semiconducting since graphene, a commonly used form of carbon, has no semiconducting behavior. Their discovery, which is patented through UNT, could lead to the design of next-generation ultra-thin opto-electronic devices.

“The most practical use of WS2 – a beyond graphene material – is application in devices such as transistors, microchips, displays and circuitry,” Cha said. “This material could improve upon the existing technologies for more sophisticated applications. For instance, we don't see that many wearable technologies, such as biochips, optical sensors or paper-thin flexible displays, but the ideas and concepts are there.”

Creation of the 2-D material took place in Choi’s lab where equipment allows for synthesizing and testing at an atomic level. The team plans to continue working with the material to master precise control of the layers for integration into future devices.