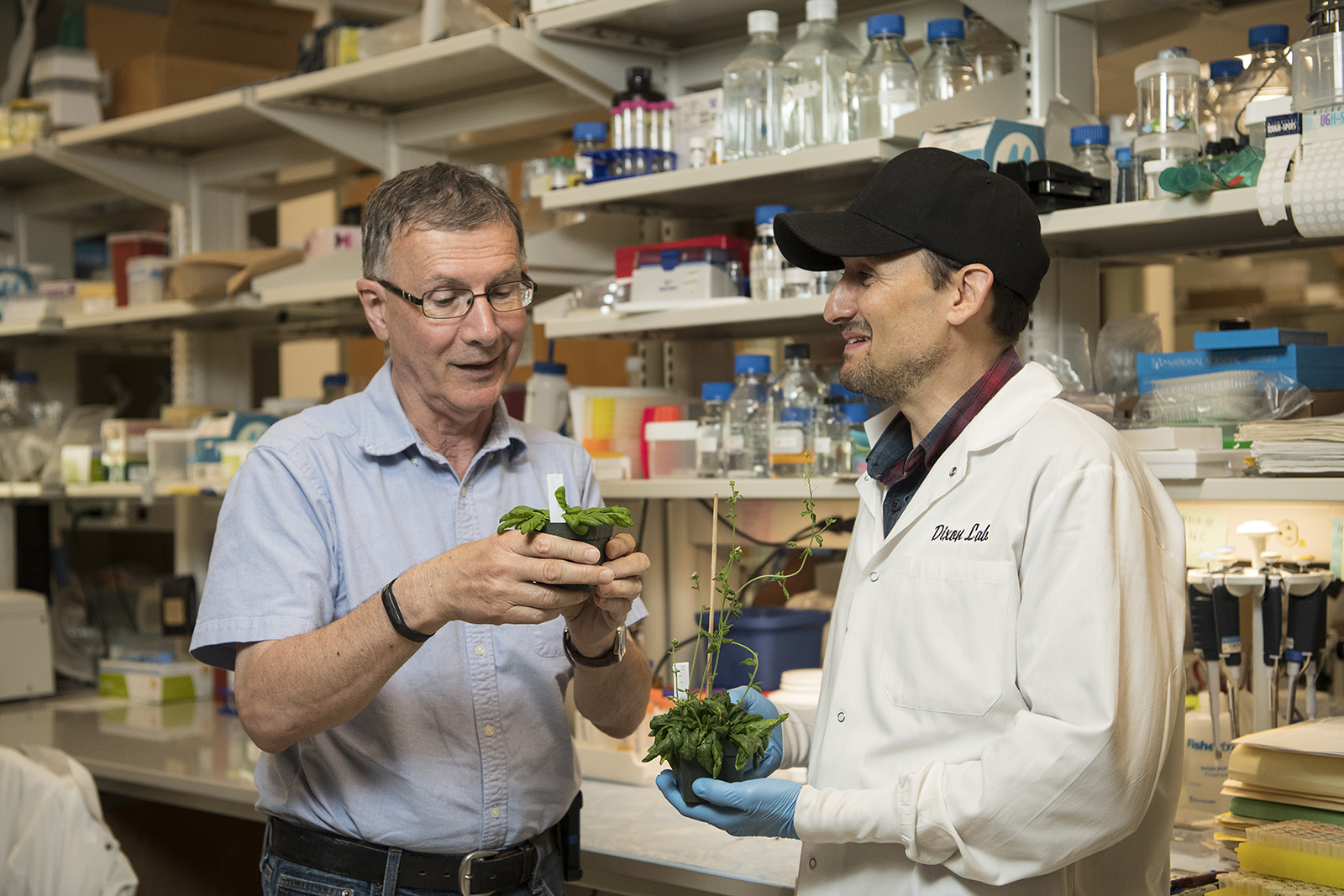 “Understanding how lignin is produced in plants also means that it can be manipulated. Plant biotechnology through genetic engineering has the potential to provide substantial benefits to our society on many different levels,” Barros said.

Barros and co-author of the paper, Richard Dixon, a distinguished researcher in UNT’s College of Science, were looking for a way to produce plants with reduced ligninto use in the biofuel and farming industries. For biofuel, less lignin means more digestible cellulose, which is used to make the fuel. For farming, less lignin means a better food for livestock that makes for bigger, healthier cows with increased meat and milk production. Plants that produce more lignin or leftover lignin from other plants, can be used to replace petroleum for making products such as plastics. But Barros and Dixon found that the current plant used by scientists to study the formation of lignin did not work for the plants they were investigating.

“Most experimental plant biologists today use the plant Arabidopsis, also known as thale cress, as a general model.  It was the first plant with its genome completely sequenced and is considered the ‘lab rat’ of plant sciences,” said Barros. “But, we found that when it comes to plants in the Poaceae (cereal grass) family,like corn and barely, the thale cress model didn’t work.”

Barros looked closely at the most recent research and started working his way back to see if previous studies might hold they key.

“As new scientists enter their fields, they tend to study the most recent research in that field. Each new generation starts with the latest work and that can leave older results, good results, behind,” said Dixon.

Barros found a 40-year-old hypothesis by pioneer plant biologist Helen Stafford that used Brachypodium, commonly known as stiff brome, to explain the way lignin is produced. This hypothesis was developed before genetic sequencing when scientists were limited to biochemistry in which plants were literally ground up and reactions carried out in the test tube. The hypothesis suggested that some plants were able to perform a specific enzymatic reaction that may be involved in lignin formation, but nobody was able to provide conclusive evidence so alternative models, like thale cress, were used. UNT researchers have now been able to provide genetic and biochemical evidence to finally confirm Stafford’s model.

The paper, “4-Coumarate 3-hydroxylase in the lignin biosynthesis pathway is a cytosolic ascorbate peroxidase” can be found in the April 30, 2019 issue of Nature Communications. A commentary on the paper appeared in Nature Plants on May 30, 2019.