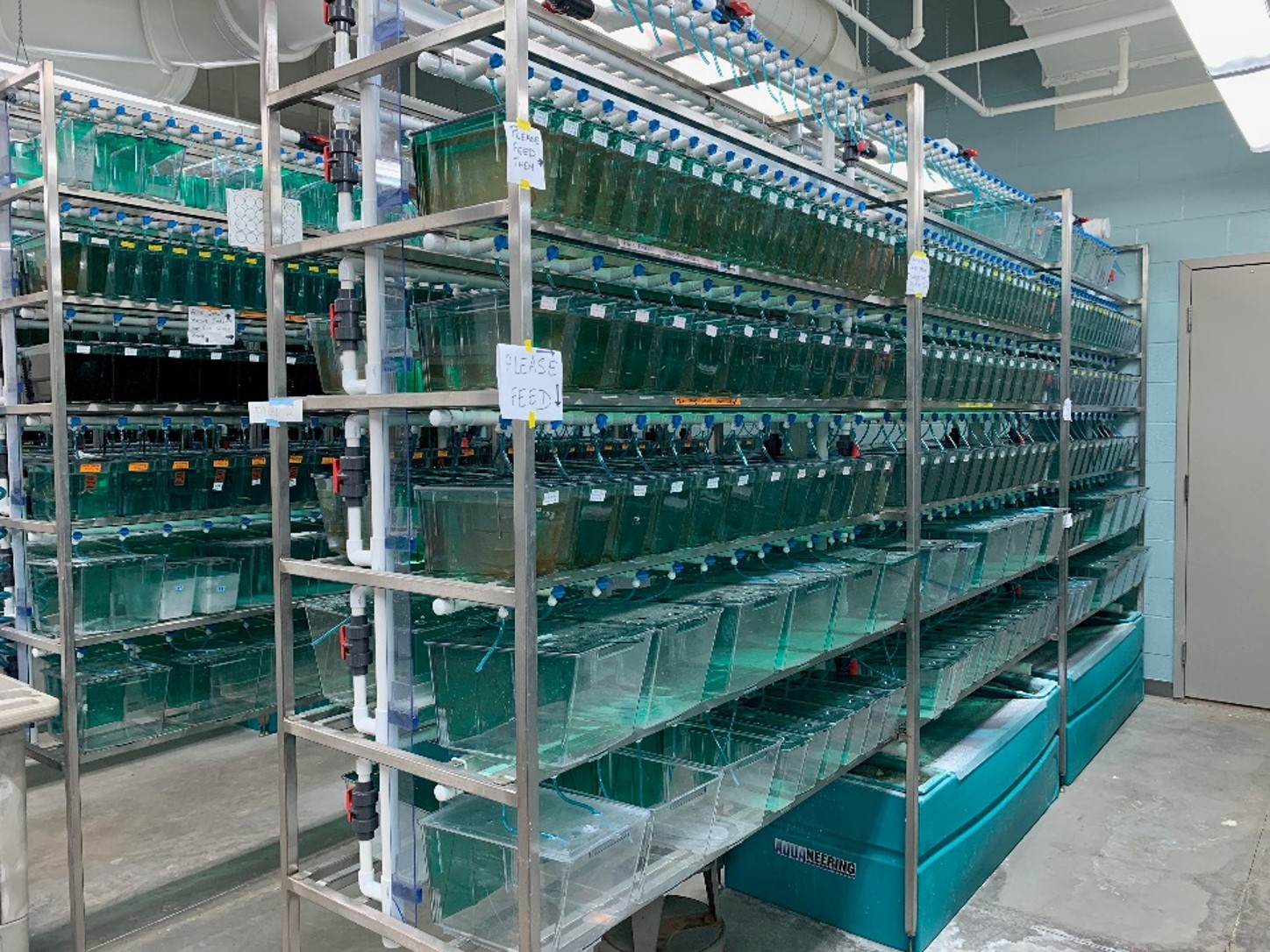 DENTON (UNT), Texas — University of North Texas Department of Biological Sciences Professor Pudur Jagadeeswaran has developed a new technology to simultaneously knockdown multiple genes in zebrafish, which have a similar genetic structure to humans, to more rapidly examine each of the organism’s approximately 25,000 human genes and identify those associated with human blood-clotting disorders.

In order to study the function of a gene, researchers knockdown the gene’s expression by blocking the gene’s specific RNA molecules. Once a gene is silenced, researchers can identify its function. Jagadeeswaran and his team are looking for the genes that, when silenced, result in a change in blood-clotting function.

Methodologies previously available to knockdown genes in zebrafish were expensive, time consuming and required researchers to target genes individually. In Jagadeeswaran’s research, recently published in Scientific Reports, he used zebrafish to develop a “piggyback” knockdown method that can knockdown six genes simultaneously. This means that rather than targeting genes one at a time, Jagadeeswaran can target six, greatly reducing the amount of time and costs needed to identify specific genes and their role in human disease.

“In our research we “piggybacked” six antisense deoxyoligonucleotides (dOs), which are single strands of DNA that are complementary to chosen RNAs, to one vivo morpholino (VMO), which is used to modify gene expression, and injected them into the bloodstream of a zebrafish,” Jagadeeswaran said. “The six dOs interfere with the RNA of their six targeted genes, temporarily shutting them down. We then examine the fish’s blood to determine if blood clotting has been affected. If it has, then we have identified a gene that plays a role in blood clotting.”

This new methodology means that instead of having to treat 25,000 fish, researchers only will have to treat 4,000 fish to target the entire human genome — a task that previously would have taken years, but can now be accomplished by a team of researchers in just 40 days.

“Our research is focused on identifying genes responsible for blood-clotting disorders,” Jagadeeswaran said. “But it is our hope for the research to move forward to help identify genes that cause a variety of diseases so that specific interventions can be designed using this technology.”

Jagadeeswaran and his team of undergraduate and graduate students have already screened more than 2,000 genes in their research, which is funded through a renewable grant from the National Institutes of Health.