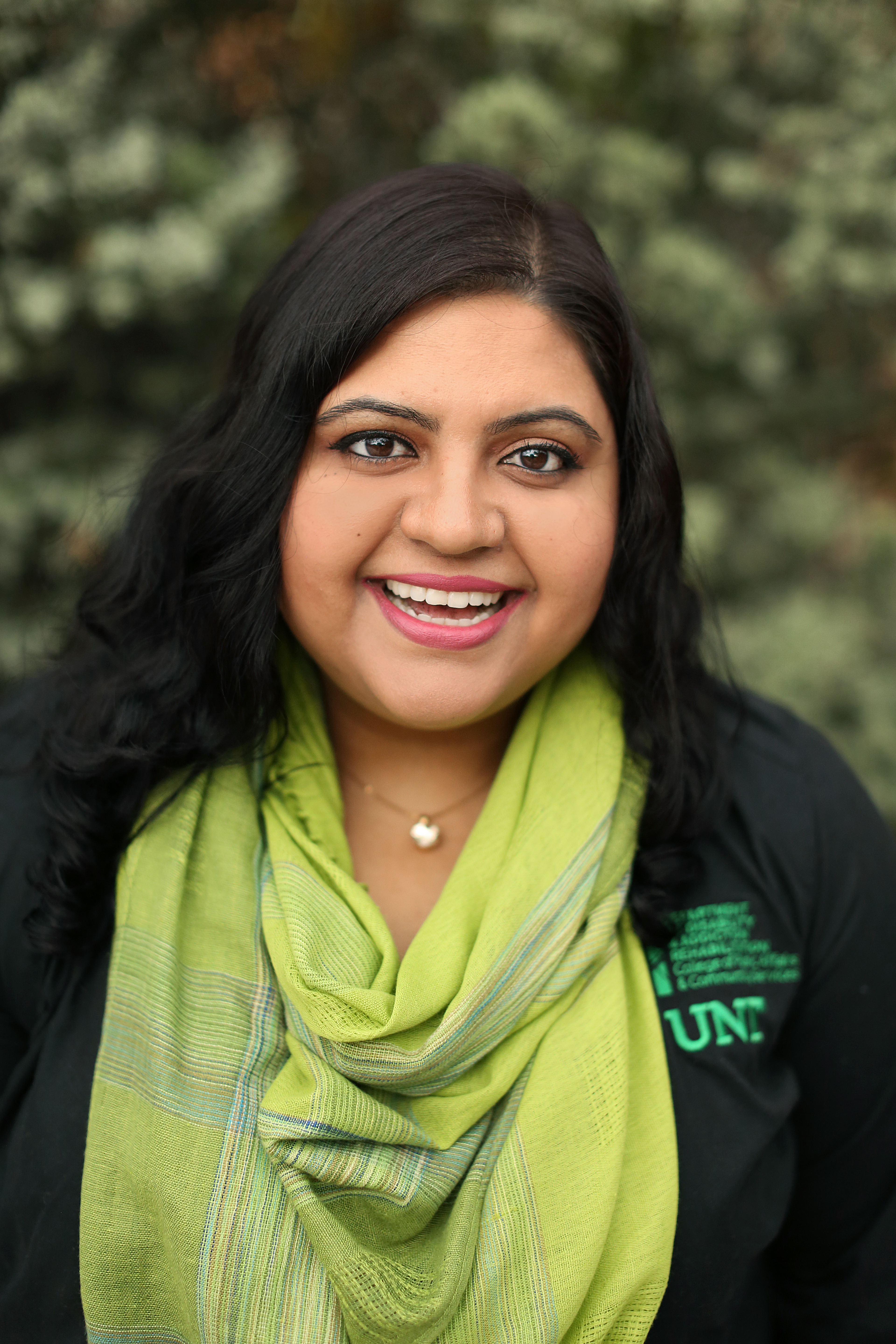 Rachita Sharma, a faculty member in the University of North Texas Department of Rehabilitation and Health Services, received the President’s Award from the National As sociation of Multicultural Rehabilitation Concerns for her work on the organization's annual conferences.

DENTON (UNT), Texas - Rachita Sharma, instructor and clinical coordinator in the University of North Texas' Department of Rehabilitation and Health Services, has received the President's Award from the National Association of Multicultural Rehabilitation Concerns.

One of 11 divisions of the National Rehabilitation Association, NAMRC was formed in 1969 with a mission of promoting cultural diversity and disability through advocacy for excellence and equity in rehabilitation research, education and practice. The President's Award, one of the highest honors in NAMRC, is given to a member who has gone above and beyond the call of duty for the organization with exemplary service to the president and current board members.

Sharma joined NAMRC in 2012 when she was still a doctoral student. Three years later, she received the organization's Sylvia Walker Student of the Year Award. She is currently a NAMRC board member and member of its Finance and Economic Development Committee. She also has served NAMRC on its Conference Planning and Program Planning Committees and as co-editor of its newsletter. More recently, she was co-chair of the planning committee for the 2017 NAMRC training conference, held this past summer in Dallas.

Sharma became a UNT faculty member in 2014. Her areas of research include multicultural perspectives in rehabilitation and addiction interventions. This past summer, she attended an International Faculty Development Seminar to Portugal sponsored by the Council on International Educational Exchange, a U.S.-based nonprofit organization. She studied the strategies that Portugal has used for drug addiction since decriminalizing drug possession and use in 2001.

She is also active in the Texas Rehabilitation Association, serving as the conference chair in 2015 and being appointed to the executive board. In 2016, she received the association's Marilyn Padget Extra Mile Award. In addition, Sharma is a board member and pro-bono counselor for Chetna DFW, which serves South Asian clients who are victims of domestic violence. At UNT, she is the faculty advisor for the North Texas Rehabilitation Association student organization.