UNT program earns grant to help inform underserved women about exposures that can cause miscarriage, birth defects and learning problems 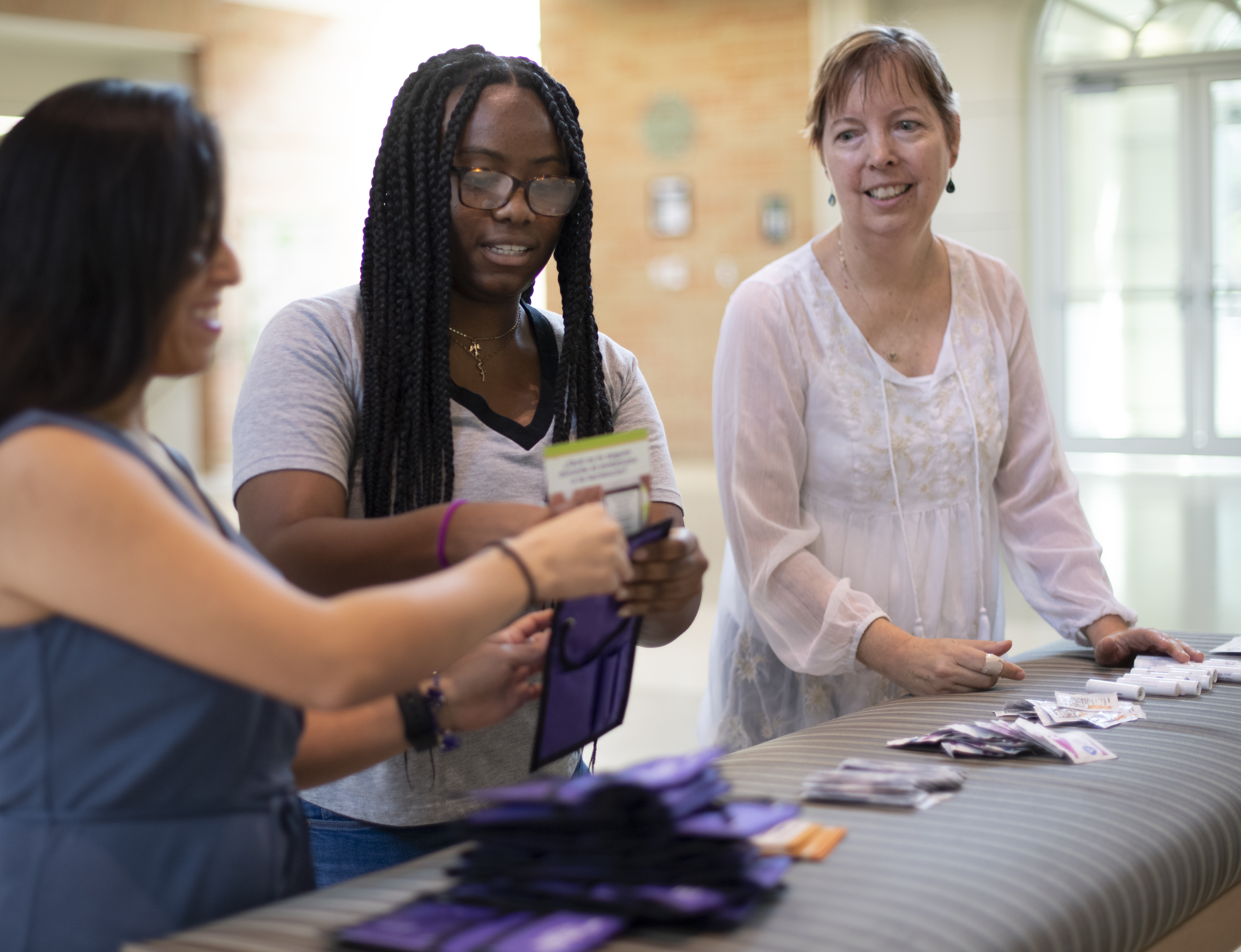 DENTON (UNT), Texas — MotherToBaby North Texas employees and volunteers at the University of North Texas earned a $6,000 grant from the Organization of Teratology Information Specialists to send nearly 3,000 first aid kits for pregnant and breastfeeding women to homeless and domestic abuse shelters in several states.

The kits hold basic first aid supplies and an information card about teratogens, which are exposures that can cause miscarriage, birth defects and/or learning problems. The card also lists the phone number and website for MotherToBaby North Texas, which offers counseling via phone, email, text or live chat.

“We spent quite a few years targeting teens. So we’re much better now at getting 15-19 year olds to call us, text us and to live chat,” Wolfe said. “I thought about the fact that there are women who are in transition who are in some sort of shelter. It could be a shelter because they’ve been abused or because they’re homeless or because they have mental health issues. They don’t have regular health care providers. There’s not going to be any way that they’re hearing about us.”

After receiving the grant, Wolfe and a small group of students identified shelters in Texas, Oklahoma, Louisiana and Arkansas and sent kits based on the estimated annual number of pregnant and breasfeeding women the shelters see. The group is now working to include shelters in Missouri, Wisconsin, Wyoming, Minnesota, Ohio and Michigan. The shelters who have received the kits have already sent feedback about how much the women appreciate the first-aid kits and offering suggestions for additional items to add in the future.

“Additional funding is going to be the key to doing this on a big scale. The 150 shelters that have already received kits are going to want more and we’ve been asked to reach out to women in migrant centers along the Texas border,” Wolfe said, noting that donations are always welcome.

The Organization of Teratology Information Specialists is a national nonprofit offering counseling and information regarding teratogens.The organization serves pregnant and breastfeeding women, women trying to conceive and couples going through the adoption process.