Oliviero Andreussi, a University of North Texas assistant professor in the department of Physics, is working to develop a virtual lab to test compounds that will either increase or decrease the formation of natural gas hydrates. The program is a simulation that will test compounds in a matter of seconds. 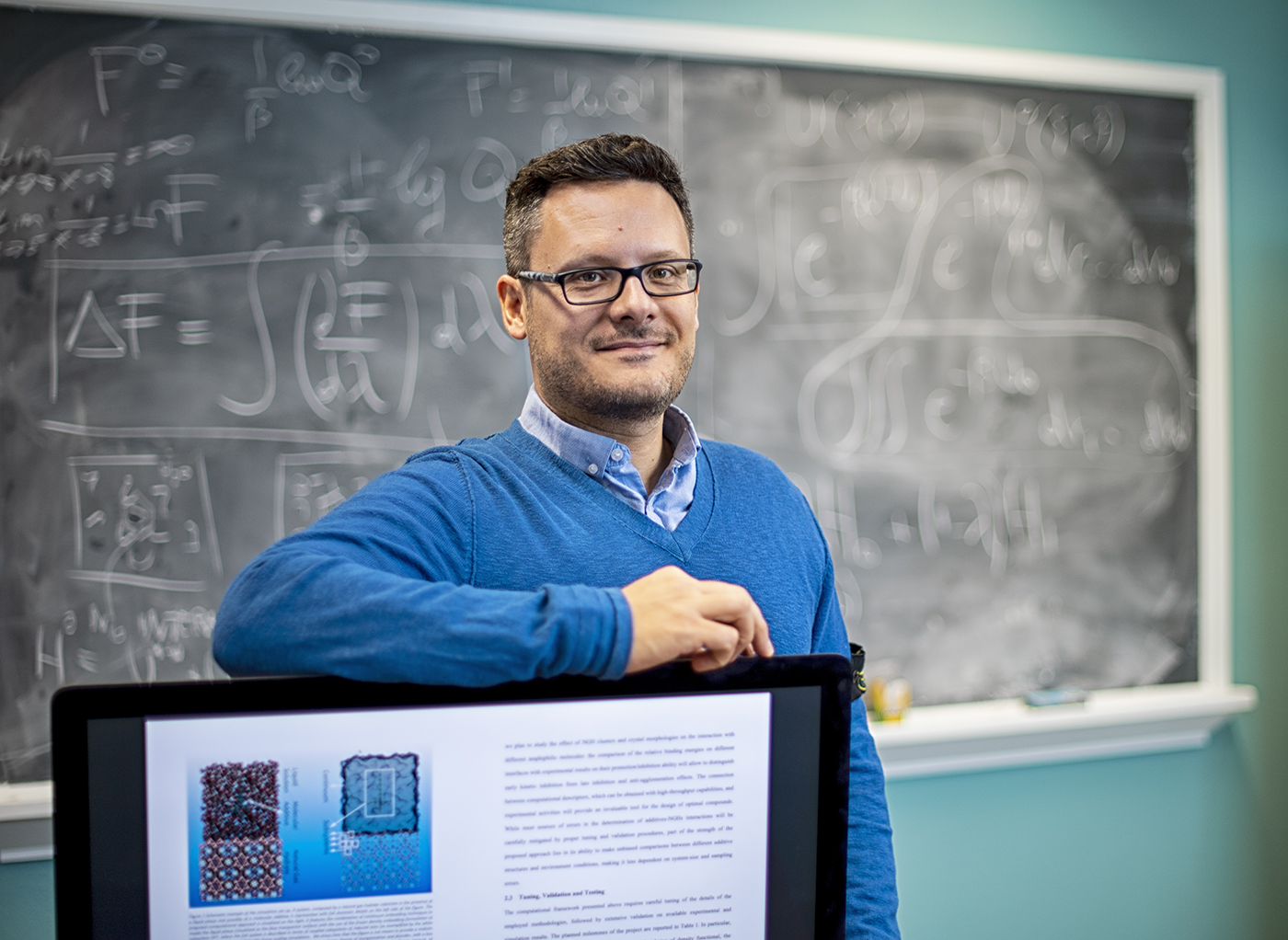 By using computational chemistry, the University of North Texas assistant professor will begin cycling through scientific databases listing thousands of organic molecules to determine the various effects of different compounds on the production or suppression of natural gas hydrates.

“Natural gas hydrates are crystalline structures made of gas molecules trapped in a cage of water molecules,” Andreussi said. “The increase and decrease of the production of these natural gas hydrates could be used to do everything from preventing undersea oil pipeline breaks to storing greenhouse gases.”

Natural gas hydrates form in deep-sea sediments in cold conditions and under pressure, the same environment found in undersea oil pipelines. In these pipelines, natural gas hydrates will slowly build up over time creating back pressure that will cause the pipe to crack or burst

“A large and continuing release of oil into a body of water can be an environmental and economic disaster,” Andreussi said. “If we can add an organic compound that will slow or stop the production of gas hydrates we can keep the pipelines intact and help protect the oceans.”

Andreussi said there are other environmental applications as well. By increasing natural gas hydrates production, these crystalline structures could, one day, be used to store various gasses.

“Carbon dioxide and other greenhouse cases could be removed from the atmosphere and captured in gas hydrates,” he said. “Once in a solid phase, the gasses could be stored or buried. The sooner we find the molecules we need, the sooner scientists can develop other new and exciting applications.”