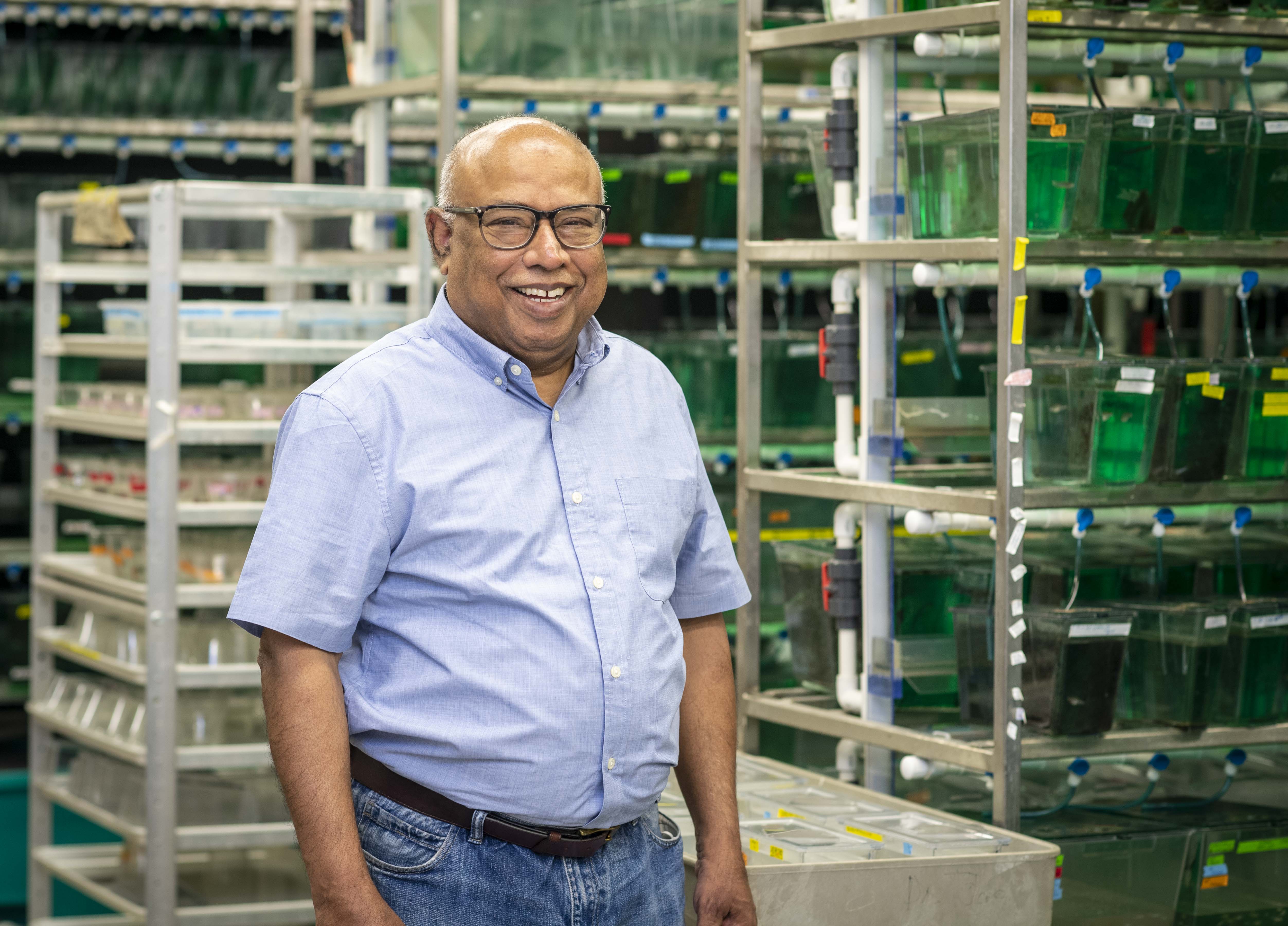 Department of Biological Sciences professor Pudur Jagadeeswaran has been conducting research with zebrafish to isolate proteins that could be manipulated to treat blood clotting disorders in humans more efficiently with few side effects.

He believes he has identified a way to manipulate a protein called TFPI with a drug currently being used in cancer treatments to treat the disorders. This finding appeared in Scientific Reports in July of this year.

“There are a tremendous number of people having heart attacks due to blood clots in the vessels,” Jagadeeswaran said. “There are people who are suffering from strokes in the brain. If you're traveling a long distance in planes, you can get deep vein thrombosis. Blood clotting is a serious issue, and we need to develop drugs that are going to prevent these blood clots.”

He noted that while there are a variety of drugs already on the market, many of them have side effects. He hopes his research will result in better treatments with fewer of these side effects.

He and his team will continue working to identify new proteins that could help treat blood clotting disorders. He estimates there could be as many as 2,400 different genes in the human body that affect blood clotting. The team is using a technology developed in Jagadeeswaran’s lab which significantly shortens the time required to screen the genes involved. Their research was published last November in Scientific Reports.

Jagadeeswaran also recently received a $891,000 grant from the National Institutes of Health to use his zebrafish gene screening method to study Von Willebrand Disease, the most prevalent form of blood disease. He will work to identify genes that cause the disease, which could potentially lead to better methods for diagnosis, future therapeutic protocols and the development of novel drugs to treat Von Willebrand Disease.