UNT production of “subUrbia” is a funny, sometimes shocking play about a group of aimless 20-somethings trying find their place in the world 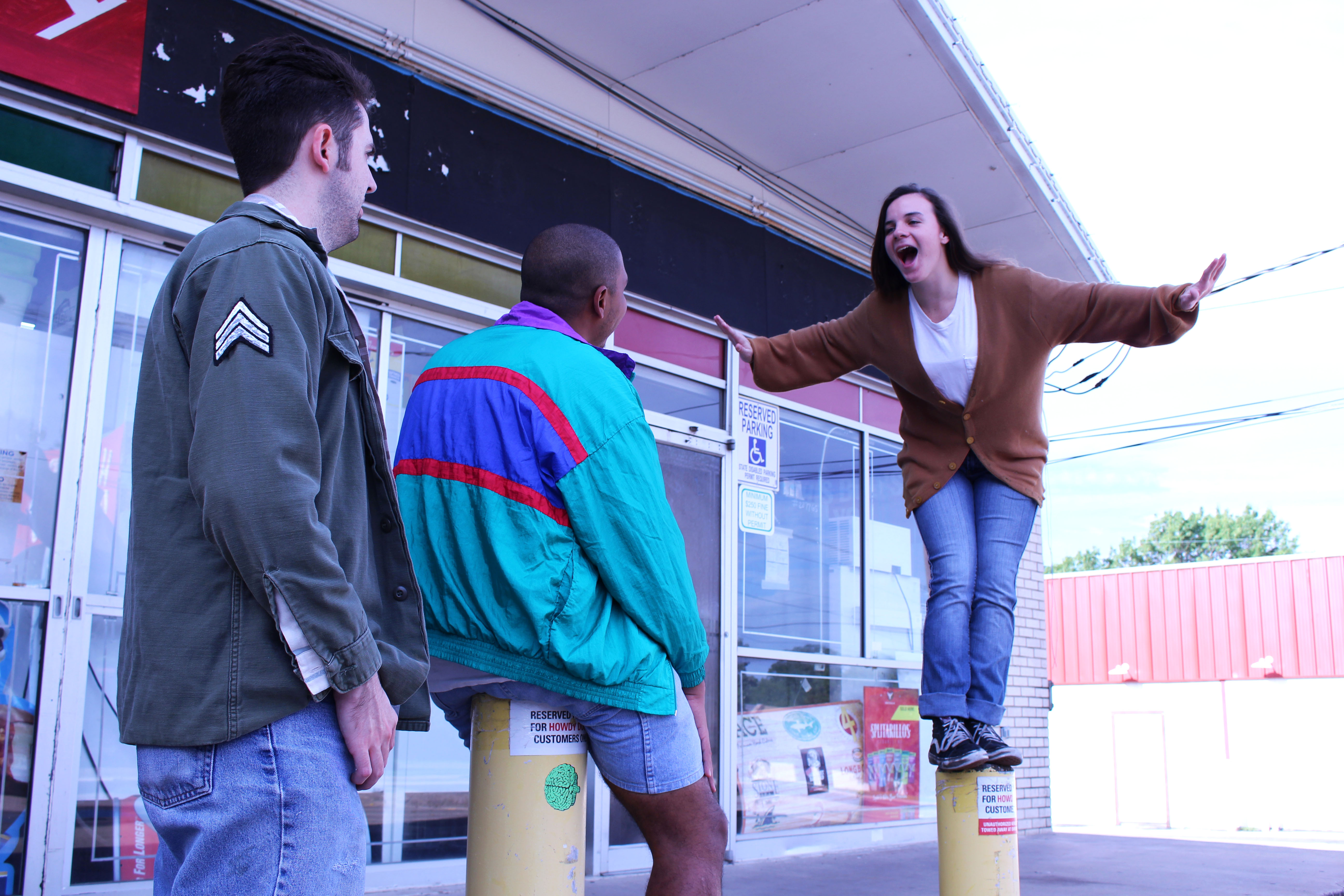 What: “subUrbia,” by Eric Bogosian, presented by the University of North Texas Department of Dance and Theatre, about the challenges of becoming independent adults in America.

Cost: Tickets cost $12.50 for students, UNT faculty/staff, UNT alumni and seniors and $15 for adults. Audience members can purchase tickets at the box office, which is open from 1 to 5 p.m. Monday – Friday and one hour before each performance, at the Radio Television Film and Performing Arts Building. For more information, call 940-565-2428 or visit the Department of Dance and Theatre box office online.

More information: Visit UNT’s transportation services website to learn more about parking, including new rules. Patrons have two options for parking:
1.) ADA/handicapped patrons may park directly east of the Radio, Television, Film and Performing Arts Building in Lot 50 in the designated spaces.
2.) Patrons may pay to park through the app ParkMobile in the Union Circle Parking Garage at 350 Welch Street in Denton.

DENTON (UNT), Texas -The play “subUrbia,” by Erica Bogosian, directed by Eugene Martin, chair of the Department of Media Arts, takes place in front of a 7-Eleven store in a town called Burnfield – the suburban New Jersey hometown of a group of 20-somethings who spend most of their time in the parking lot. Most of the characters seem trapped there, all except for Pony, who has become a rock star. Pony's return strips away illusions and excuses to reveal the meaningless dead-end existences of everyone.

“subUrbia” takes the audience on an emotional rollercoaster ride of horror, fascination and even sorrow as the cast struggles to find a place and meaning in a society that doesn’t seem to want them.

“’subUrbia’, like any good work of art, is a kind of mirror into the human condition that reflects universal truths that audiences share,” Martin said. “By examining the anger of youth and the need to be rebellious, we are able to more clearly see the kinds of barriers young people face as they grapple with the complexities of becoming a young independent adult.”

Senior theater major, Logan Mars, plays Tim, an alcoholic with a short fuse who was discharged from the Air Force after cutting off the tip of his finger while working in the kitchen. Tim’s anger and internalized frustration manifests in racism, homophobia and sexism.

“When I look at Tim's character, I see a person who is hurting and wants someone to reach out to him, but he’s too proud to ask for help,” said Mars. “Many of these people are just hanging out, not really doing anything to better themselves. It just seems like they are stuck thinking about what could have been and dreaming about a goal they will never do anything to try to achieve.”

The UNT cast and crew deliver a production full of unexpected twists and tragedy, humor, anger and angst.

“I am simply astounded by the student’s level of professionalism and commitment to the art of theater,” Martin said. “We have put together an incredibly talented and energetic cast that is sure to entertain.”