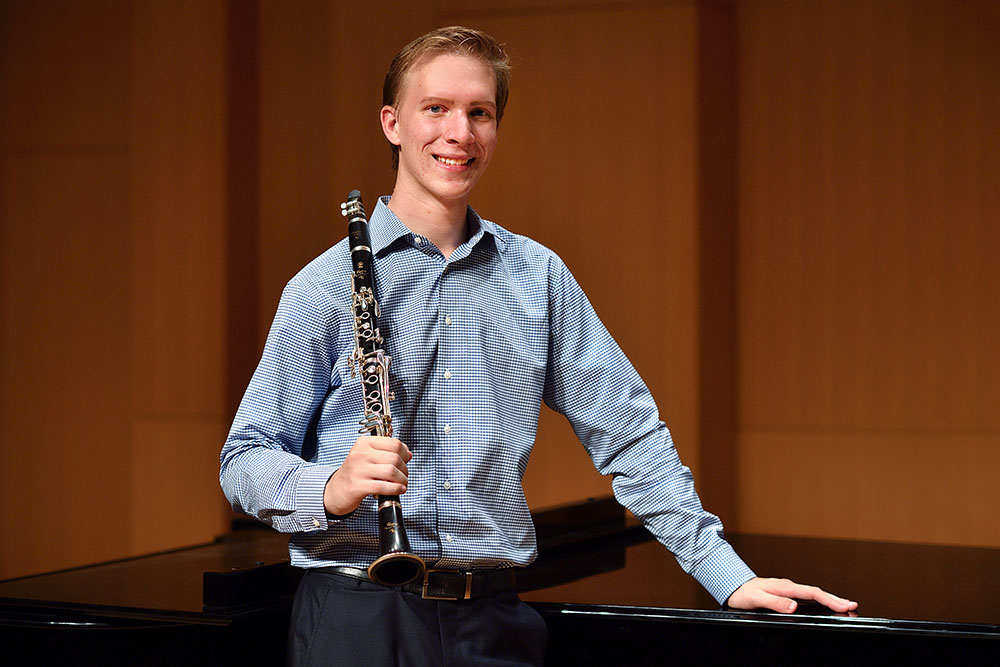 Each year, the International Clarinet Association hosts a select group of clarinetists from around the world to perform live in the finals at its ClarinetFest. Besnik and his fellow UNT classmate Nathan Kock earned two of five finalists spots in the 2019 competition, which was held in Knoxville, Tennessee this year.

“The pieces we had to play this year were pretty challenging. My professors said this was the hardest repertoire they had seen in a long time,” said Besnik, who graduated from Marcus High School in Flower Mound.

His first prize title came with $2,500 and a professional Henri Selmer Paris clarinet.

It’s the only annual international competition of its caliber for clarinetists. UNT’s nationally ranked College of Music has sent many students to the finals, but receiving first prize is quite an honor says UNT clarinet professor Kim Cole Luevano.

“It’s a nice marker,” Luevano said. “If you look at the roster of first prize winners from past competitions, they’re all known names in our profession now.”

Luevano said she’s been impressed with not only how naturally things come to Besnik, but also his unwavering work ethic. He’s also a member of UNT’s Symphony Orchestra and Wind Symphony as well as a former drum major for the Green Brigade Marching Band.

“Despite the fact that he’s a very gifted clarinetist, he’s one of the humblest people I’ve ever met,” Luevano said.