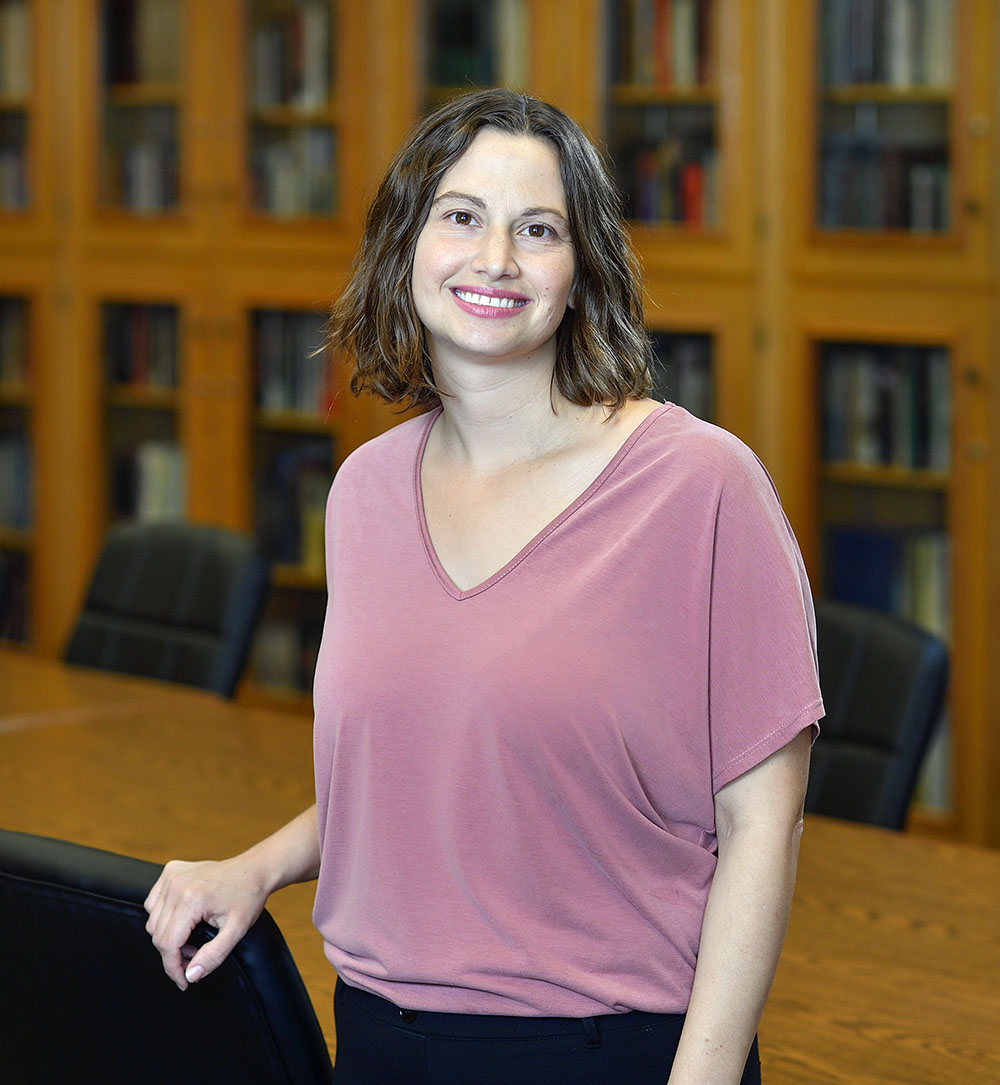 “I thought they were probably a good thing, but as a historian concerned with the ways we monitor women’s health I also was curious about where they came from and what it all meant,” she said.

When she looked to the archives for more of the story, she found letters from women in the 1940s who were concerned that federal pamphlets on child care were ignoring women’s mental health.

“These women were saying that government advice needed to include information about strong, potentially dangerous postpartum emotions,’” Moran said. “I thought of postpartum depression as a contemporary disease; something we’ve only studied and taken seriously in the last 40 years. The letters confirmed there was so much more history there.”

As a historian of health, medicine and modern U.S. politics, Moran has also researched body weight in the U.S., as chronicled in her book, “Governing Bodies: American Politics and the Shaping of the Modern Physique.”

For her current project, “A History of the Definition and Diagnosis of Postpartum Depression as a Disease,” she’ll look primarily at the time period between 1950-2000 tracing how postpartum depression has been talked about by a variety of groups, from the medical and religious spheres to politics and popular rhetoric.

Her reseach will be the basis for a book she believes will benefit physicians, psychiatrists and others interested in maternal wellness. Transcripts of oral histories she gathers will be available to future researchers through the UNT Oral History Program. Additionally, she’s planning to design a course for upper-level undergraduates focusing on the history of mental health.

“I think more than anything, this research reminds us that while mental illness is biological, it is also related to culture and politics. Understanding when and why we started to take postpartum depression seriously tells us a lot about changing attitudes toward women and motherhood,” Moran said.