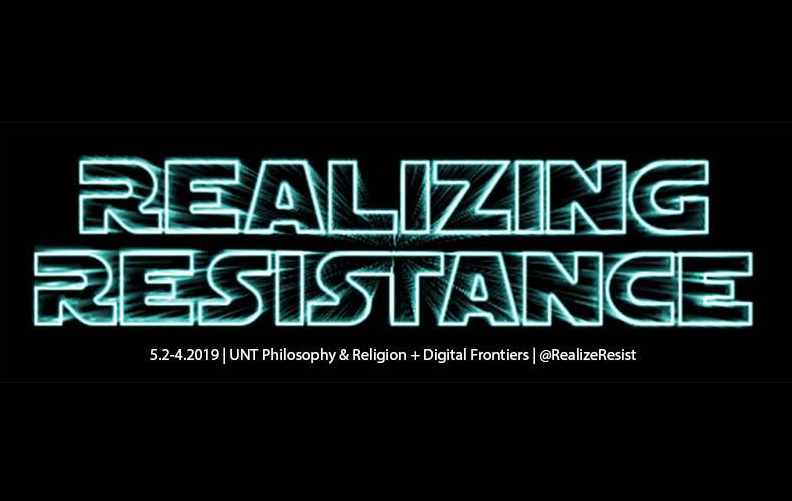 Realizing Resistance will be held May 2-4.

Cost: Free, but registration is recommended at https://digital-frontiers.org/resistance/

The force will be with scholars from the University of North Texas and other universities at the upcoming Realizing Resistance conference.

The three-day event will use the recent “Star Wars” films as a springboard to discuss broader issues such as social change, politics, religion and representations of race and gender. It’s hosted by the UNT Department of Philosophy and Religion, Department of English and UNT Libraries in collaboration with public humanities nonprofit Digital Frontiers.

“We hope this could be part of a wider conversation about the multi-billion dollar ‘Star Wars’ franchise and the impact it has on our culture,” said conference organizer Samantha Langsdale, a lecturer in the Department of Philosophy and Religion who specializes in feminist philosophy and pop culture. “We also are interested in having conversations about social justice, resistance to oppression and fighting for a better future.”

The conference kicks off May 2 with a “Star Wars” pub quiz at Denton County Brewing Company. May 3 – 4 will be filled with panels from scholars across disciplines including Langsdale who will use the films as a lens to discuss the history of U.S. feminism. A keynote will be given by Berea College Asian Studies Professor Jeffrey L. Richey, who has written about early Chinese thought as well as Confucian and Daoist traditions. “Star Wars” costumes are encouraged on May 4 (known as Star Wars Day).