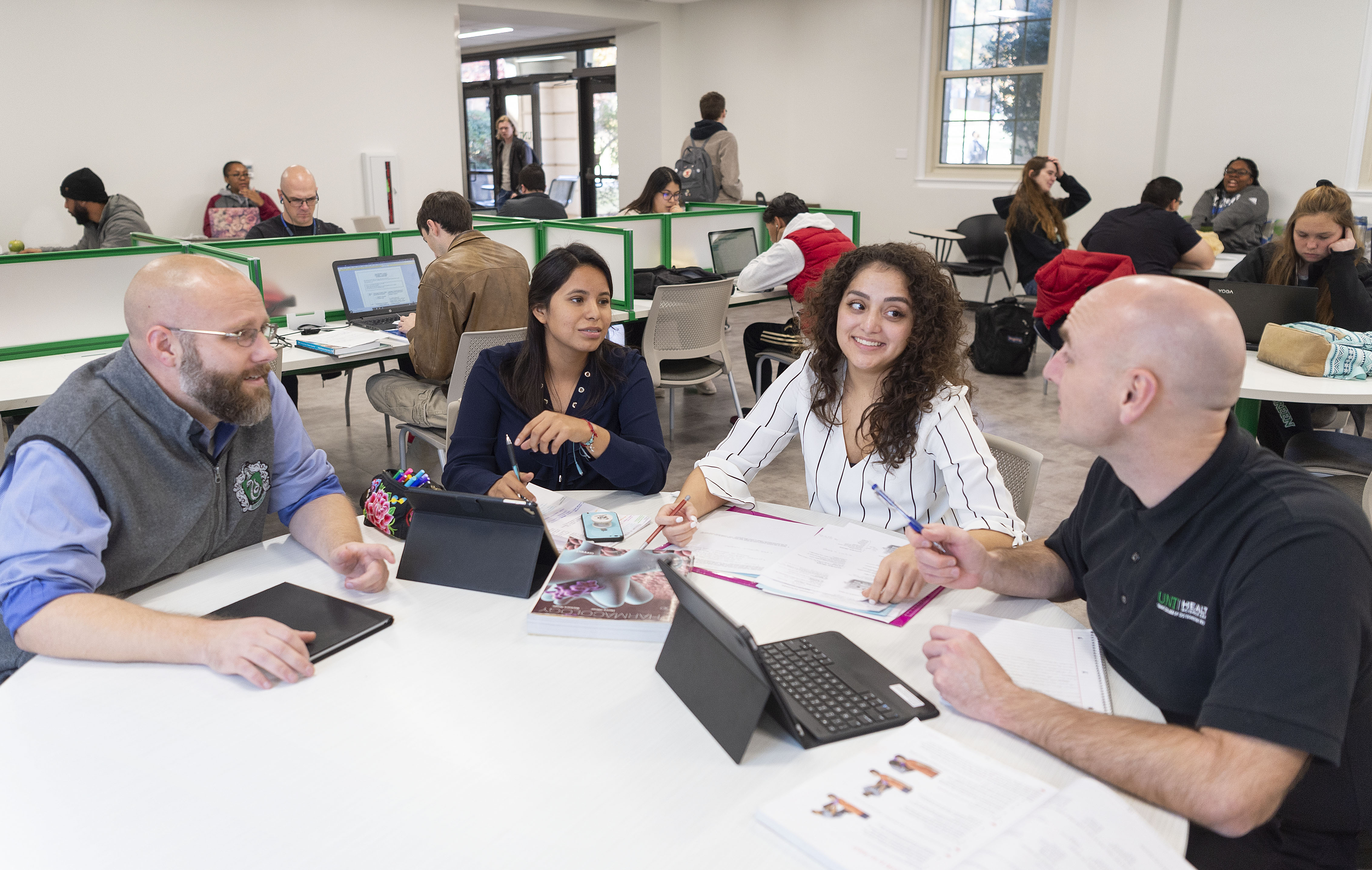 Two years at Midland College, one year at the University of North Texas in Denton and four years at UNT’s Health Science Center in Fort Worth will add up to a medical degree for four UNT students from Midland, Texas.

“Midland is a prime example of a community where the supply of doctors has not kept up with the population,” said Debrah Beck, UNT assistant dean of health professions. “The Primary Care Pathway Program, offered through the UNT College of Science, is designed to accelerate the process of pre-med education in order to fill a need for primary care physicians in rural areas like Midland.”

The four students currently in the program are taking enhanced science and math courses at UNT’s main campus in Denton. The students must maintain a 3.5 GPA, take at least 15 credit hours per semester and participate in healthcare enrichment activities such as mentoring and physician shadowing.

“It’s hard,” said Diana Garcia Garcia, one of the pre-med students. “But UNT is really taking good care of us. Dr. Beck has helped us with our classes and schedules. She even arranged for the four of us to take all of our classes together.”

Garcia Garcia and Cayden Martinez, another student in the program, both graduated high school in Midland in 2016 and immediately went into the first part of the program at Midland College. But the other two students, both of whom haven’t seen high school in more than 10 years, were actually preparing to become nurse practitioners when they heard about the program.

“I guess we are considered non-traditional students,” said Clarence Sparks. “I’m 35 and Micah is 33. We are the elders of the group.”

Sparks has been working in and around doctors’ offices for over a decade, but never imagined becoming one himself. Neither did Micah Bigby, the fourth member of the group. He was surprised when he found out that the Primary Care Physician Pathway was only one year longer than the nurse practitioner program he was considering.

“I didn’t do very well in college when I was 18, so I went to work in the oil fields as a machinist.” Bigby said. “When I was laid off I was all ready to become a nurse practitioner. Then I found out about the accelerated pre-med program. It was an intimidating decision, but I decided to go for it.”

Bigby, Sparks, Martinez and Garcia Garcia are the first group in the program to make it to UNT. Once they complete their classes here, it will be time for medical school. As part of the program, the medical school entrance exams are waived and, once medical school is complete, they will all return to Midland for their residencies at area hospitals.

“I can honestly say that I never thought I would be a doctor,” said Bigby. “But, I really like the sound of it.”