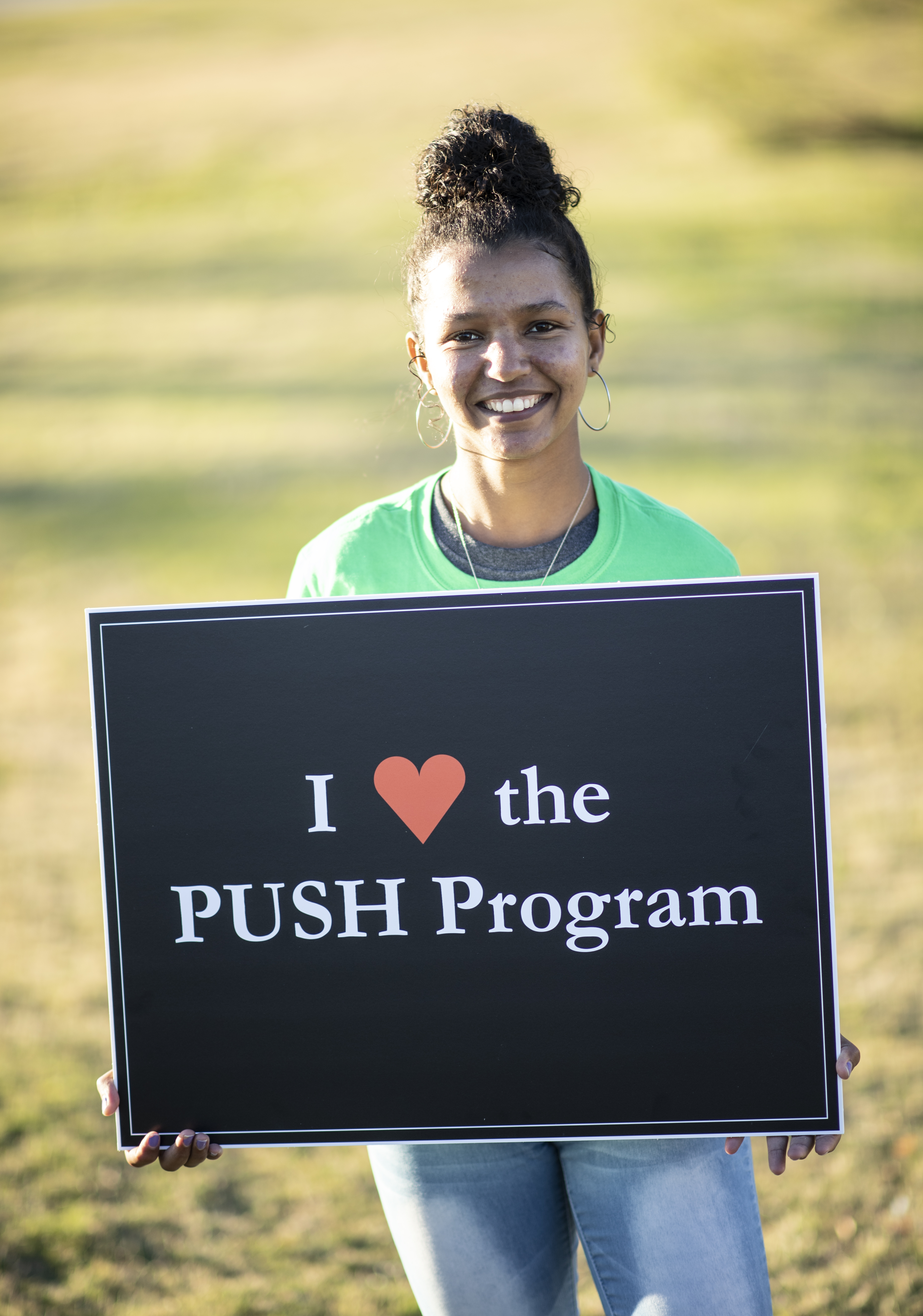 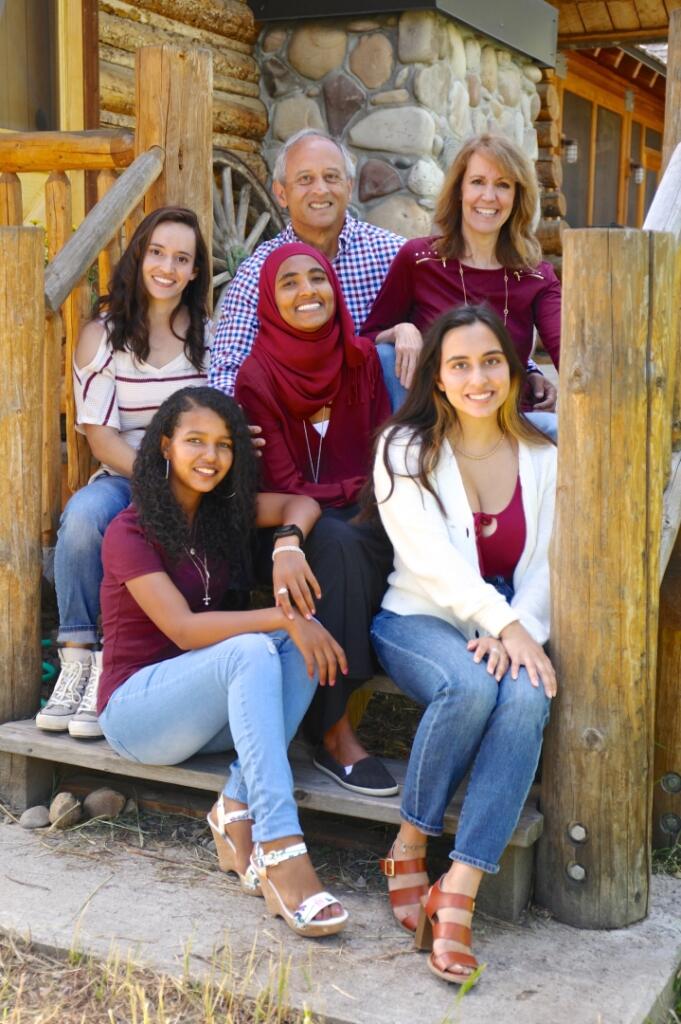 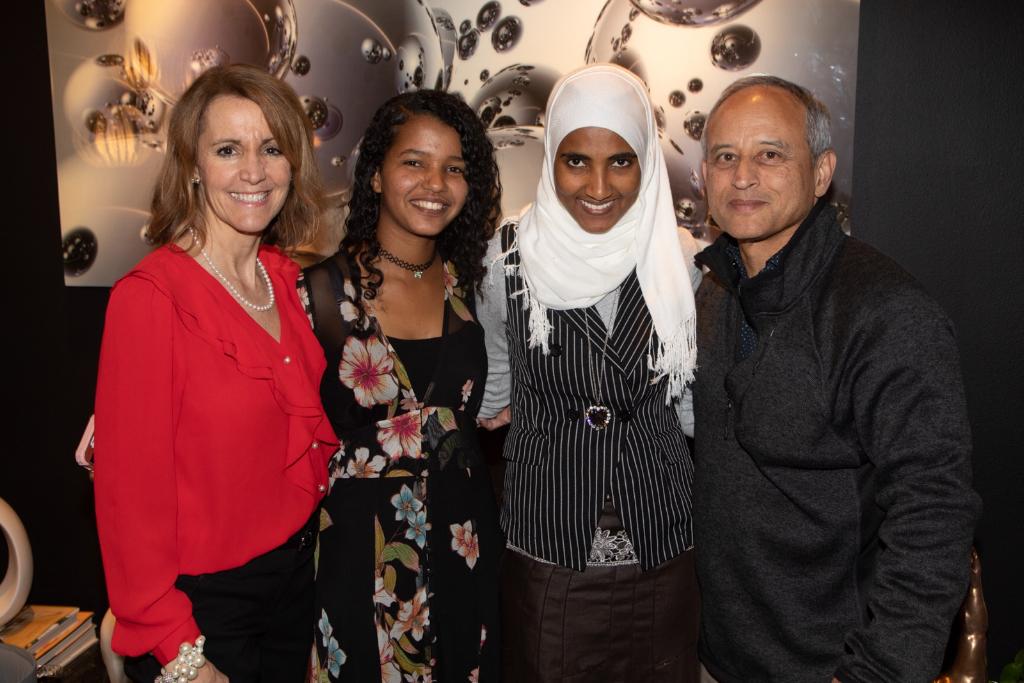 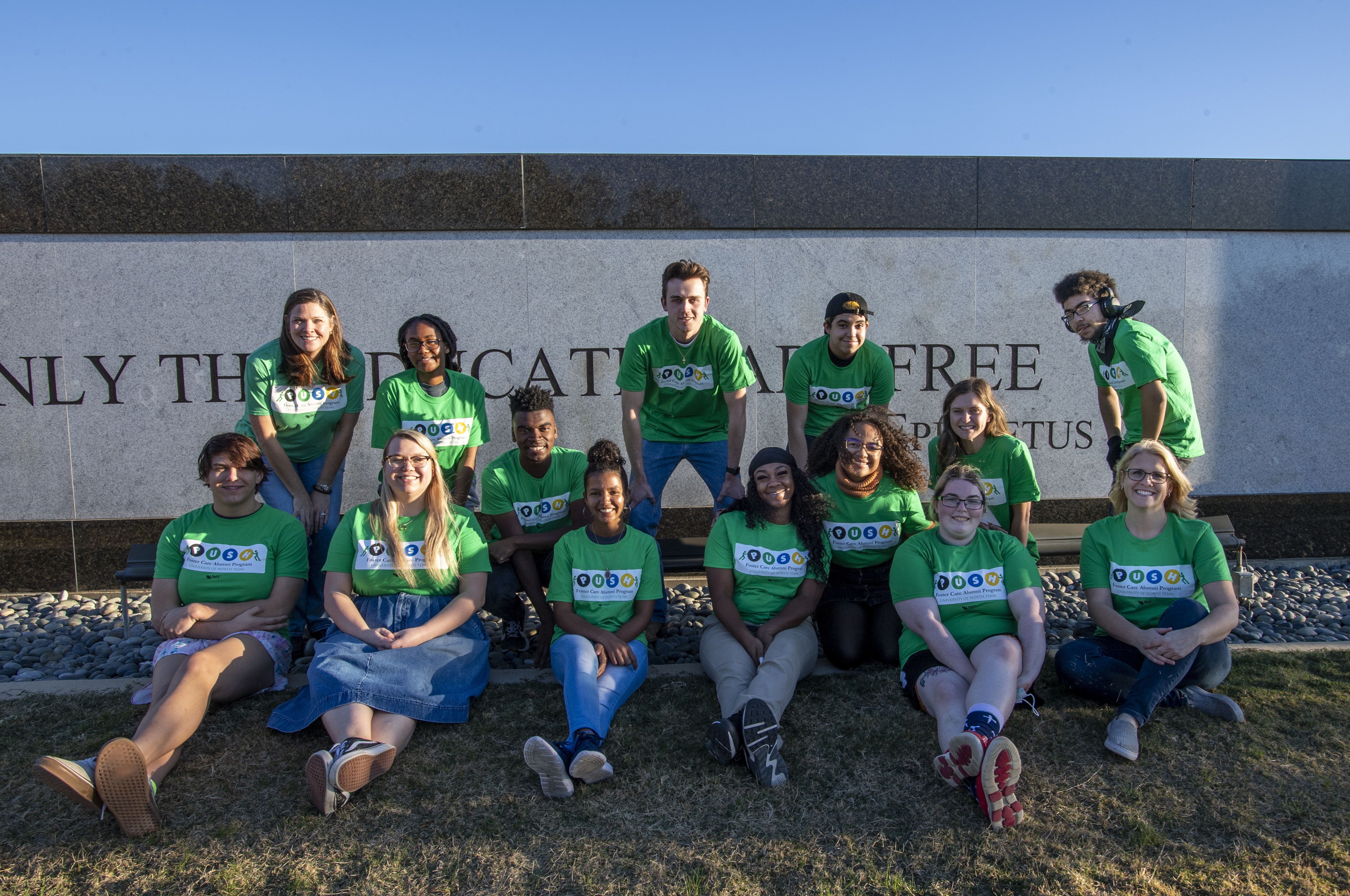 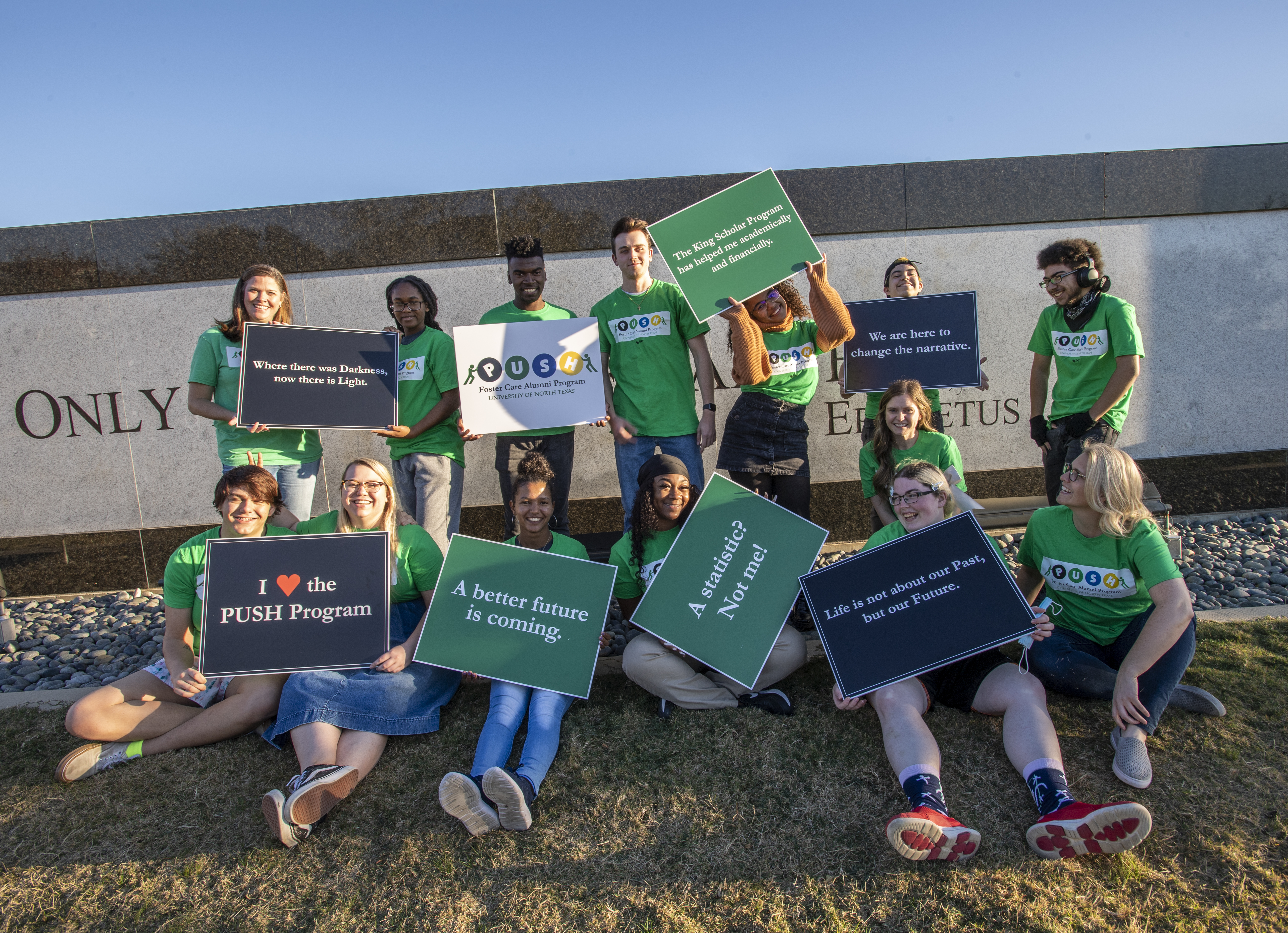 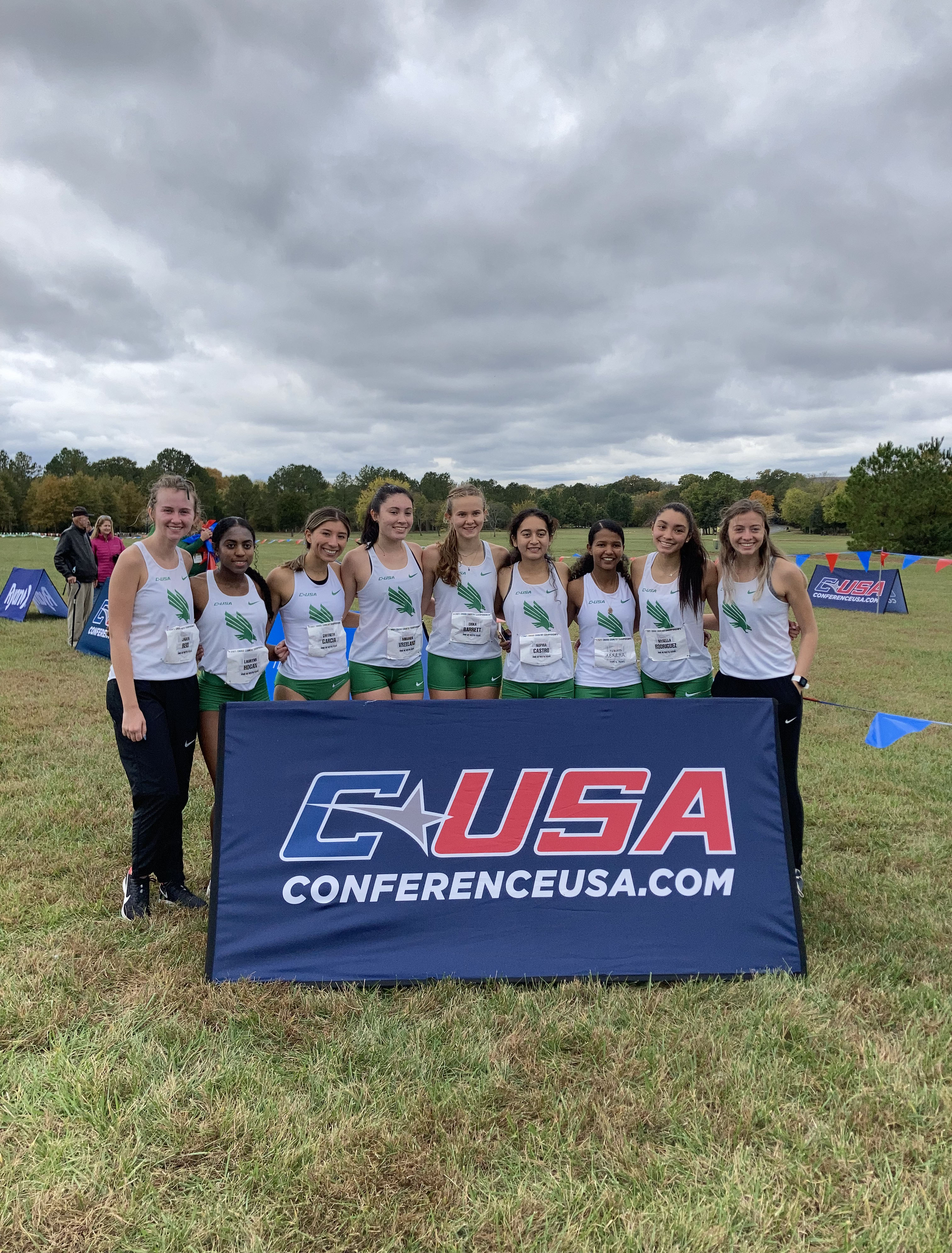 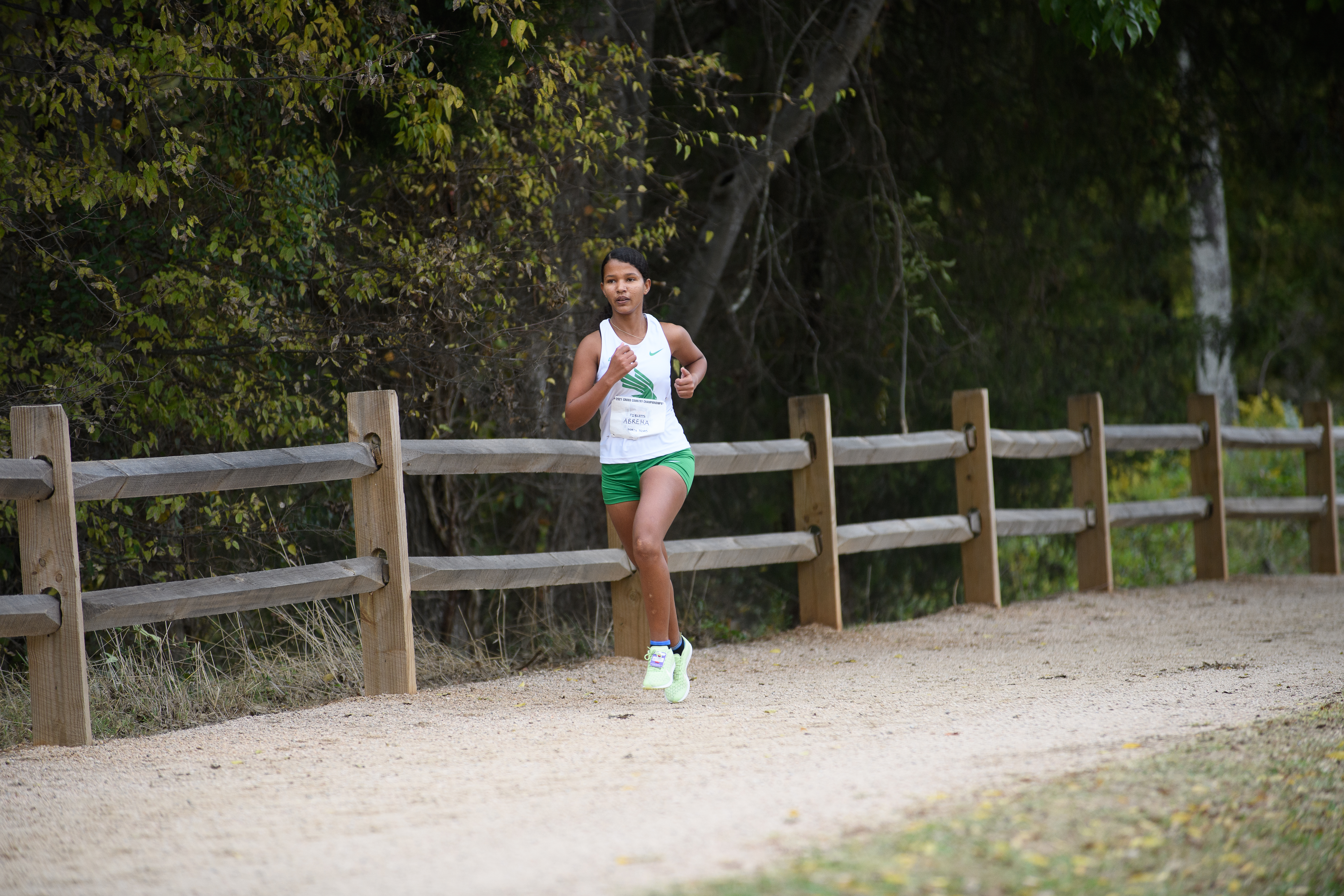 DENTON (UNT), Texas – Tiblets Abreha was only 11 years old when she made the decision to leave her home in a village in Eritrea, a country in East Africa, in hopes of a better life in nearby Ethiopia.

She didn’t tell her parents, who lived in a small, impoverished village where watering crops meant not having enough drinking water to survive.

“There is no water on hand,” Abreha said, “so we have to travel like an hour to get some. You have to carry any back, or, if you have a donkey, you're lucky. I left home when I was young. Life there was very tough. Women don't have the same rights that men do. They don't go to school. They get married when they are 13 or 14 years old, so they can help their parents. They don't get the education they need. They have a baby when they are a baby, so it's really sad.”

The morning she left, she put on her school backpack and headed for the Ethiopian border, knowing that once she crossed, she wouldn’t be able to go back.

After hours of walking fearfully through hyena-infested mountains, she made it to the border, where soldiers transported her to Indaba Guna, a three-day truck ride away. There she shared a large single room with nearly 100 women and children waiting to be sent to a refugee camp. They all shared mattresses on the floor, and each had small chores like handing out the breakfast biscuits.

At the refugee camp in Ethiopia, she shared a tiny house with 10 other children, each with their own blanket but not enough beds. Although she couldn’t consistently get water and soap for cleaning and had little adult supervision, she did have access to food and attended church and school.

Three years after Abreha arrived at the refugee camp, her caseworker told her that she would be able to go to the United States. She says she thought she was in heaven upon arriving at the airport, having never been anywhere so fancy. She had no experience with flying and thought she and her escort wouldn’t make it when the plane started moving.

After three days of traveling, she arrived in Dallas, Texas, where new experiences awaited. Someone helped explain what socks were, as she’d never had a pair before. The food was strange, and she was afraid to eat. She didn’t speak any English and her foster family and new classmates in the DFW area didn’t speak her language.

“When people started talking to me, I couldn’t respond,” Abreha said. “I began my new life with people I had never seen — different languages and different cultures. First day of school in America, my foster mom dropped me off. Someone from the front desk took me to class. I was sitting there, and students kept coming one by one. I got scared. I was the only person who didn't speak English. Class over, students left for their next class, but I was sitting there wondering where the students were going. The teacher came to me and took me to my next class. All my teachers were told that I didn’t speak English, so they started to take me to my next class.”

After three years and with a better grasp of the English language, she was moved to a group home in Fort Worth for a year. While she became close to the others there, her next foster placement, in Grapevine, was where she found a home and the help she needed.

“I found a family that cares about me and wants to see me succeed in school and in life,” Abreha said. “They are the best. I graduated because of them. I was in high school, but my education was like in middle school because I didn't have that education back home. They helped me with a lot of things and they've been there for me.”

Since choosing to attend the University of North Texas, where she is currently considering a career in kinesiology, she’s joined UNT’s PUSH program for foster care alumni, where she was elected vice president of the PUSH student organization. After training all summer, she also earned a spot on the UNT cross country team.

“Tiblets made an immediate impact on PUSH staff and her peers because of her positive outlook and ability to persevere through challenging circumstances,” said Brenda Sweeten, PUSH program advisor and UNT foster care liaison officer.

She says Abreha reported her cross country training progress back to the other PUSH students throughout the summer, which helped them “actively observe someone they care about making and reaching goals.”

“When she made the track and cross country teams, this young lady became our hero!” Sweeten said. “She is a leader, a kind-hearted soul and, because of her incredible resiliency, a role model for other students who have experienced hard times.”

While she’s found a family with the PUSH program, Abreha still speaks to her foster parents on the phone almost every day, and when she gets homesick, they’re only 35 minutes away.

“It has been a challenge to move from place to place, make friends, get used to new family and school, but I am a survivor,” Abreha said. “I want to travel. I want to see my family. I want to go back home. I also want to travel to refugee camps, to see the kids and help them if I can. That’s my first goal.”