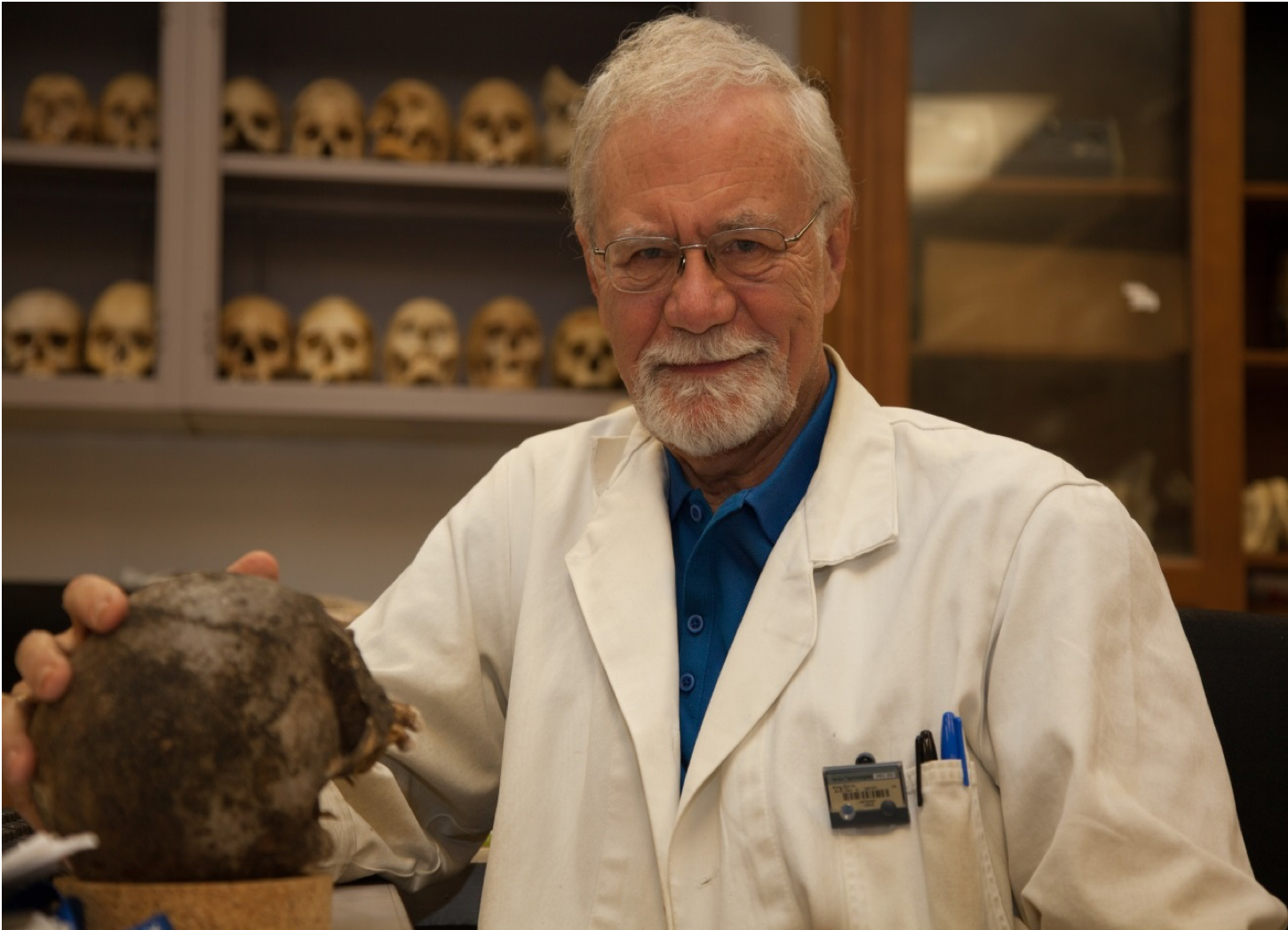 DENTON (UNT), Texas — Harrell Gill-King, University of North Texas instructor, founding director of UNT’s Laboratory of Forensic Anthropology and co-founder of the UNT Center for Human Identification, has been awarded the T. Dale Stewart Award by the American Academy of Forensic Sciences for work that has included responding to the World Trade Center after 9/11, the Oklahoma City bombing and many other natural and man-made mass casualty events.

The award is presented for outstanding contributions in the forensic anthropology field and winners are nominated by their peers and chosen by a committee of former award winners.

“I don’t have any illusions about being a great forensic anthropologist,” Gill-King said. “If you’re lucky, when you’re really young, you have good mentors. Then suddenly, you wake up in late middle age and you notice that you have a new set of mentors who are maybe half your age. If you’re smart as well as lucky, you’ll  listen to what they have to say, because they will keep you in the game. They’ll challenge you.”

He credits much of his success to his mentor, the late Dr. Charles Petty, who opened the Dallas County medical examiner’s office in 1969 and served as medical examiner until 1991. Petty hired Gill-King for a pathology fellowship that led him to forensic anthropology.

Patrick Willey, the chair of the selection committee that chose Gill-King as this year’s award recipient, said letters nominating Gill-King were “outstanding,” citing his continuous work with law enforcement agencies since the late 1970s. Additionally, Willey spoke about the unique capabilities of the Center for Human Identification, Gill-King’s teaching and mentorship for aspiring forensic anthropologists in the College of Science, and his efforts in mass disasters.

Additionally, Gill-King was appointed a deputy medical examiner in El Paso County in 2002, and assisted the Mexican Judicial Federal Police in the recovery and identification of victims in the Maquiladora Serial Homicides in Chihuahua, Mexico from 1996-2008.

He notes his colleagues in the lab at UNT are some of the best.

“You should try to hire the best people you can, and, when possible, you really ought to hire people that you think are smarter than you are. Then do everything you can to make it easy for them to do what you hired them to do and watch the miracle. That’s exactly what happens in our lab. My young colleagues are smart, they’re high energy, they’re creative and they’re ethical to a fault,” he said. “You can’t imagine how proud that makes me.”

The award was presented in February during the AAFS national meeting.