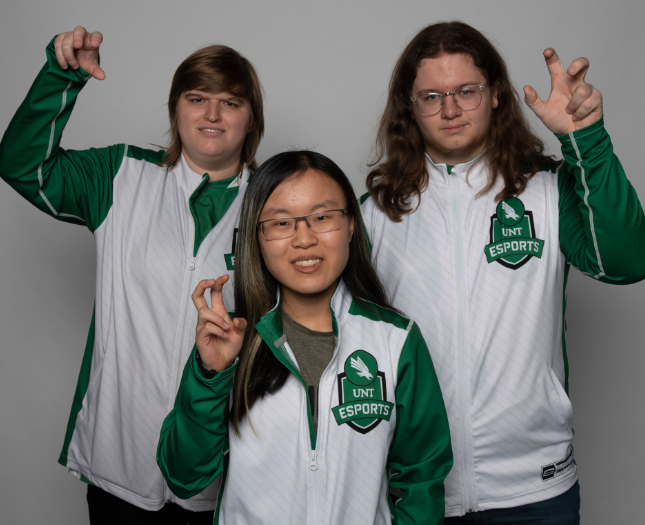 While the NCAA had to cancel seasons for sports it governs in March due to a surge in COVID-19 cases, collegiate esports has carried on throughout the pandemic with only some delays since players can compete virtually.

This weekend, a University of North Texas esports team will compete in the final round of the Tespa Hearthstone Collegiate Championship. UNT Hearthstone is one of eight varsity teams in the country remaning in the competition after beating UCLA 3-2 and Lebanon Valley College 3-2 during the first playoff round July 11-12. It will face Cal Berkley Esports July 19 (Sunday) at noon, streamed live on Twitch.

UNT, which was the first public university in Texas to launch a collegiate esports program and offer scholarships to its gamers, has four varsity teams – Overwatch, League of Legends, Hearthstone and Rocket League.

UNT Overwatch beat Indiana Tech 3-2, but lost to Rowan University 1-3 in a nail-biting match as part of the Tespa Collegiate Overwatch Championship. UNT Overwatch still finished the 2019-2020 season as one of the top 32 teams in the U.S.

Meanwhile, UNT Rocket League continues to forge a steady path with a 6-2 standing and a sixth-place ranking in the league. The team will next play UT Arlington in the College Carball Association Summer Series later this week. Follow @UNTEsports on Twitter for updates about specific match times.

“I’m so proud of the way our teams have powered through this unusual season and are still going strong. Through their dedication and hard work, they are helping put UNT on the map for competitive gaming,” said UNT Esports Coordinator Dylan Wray.