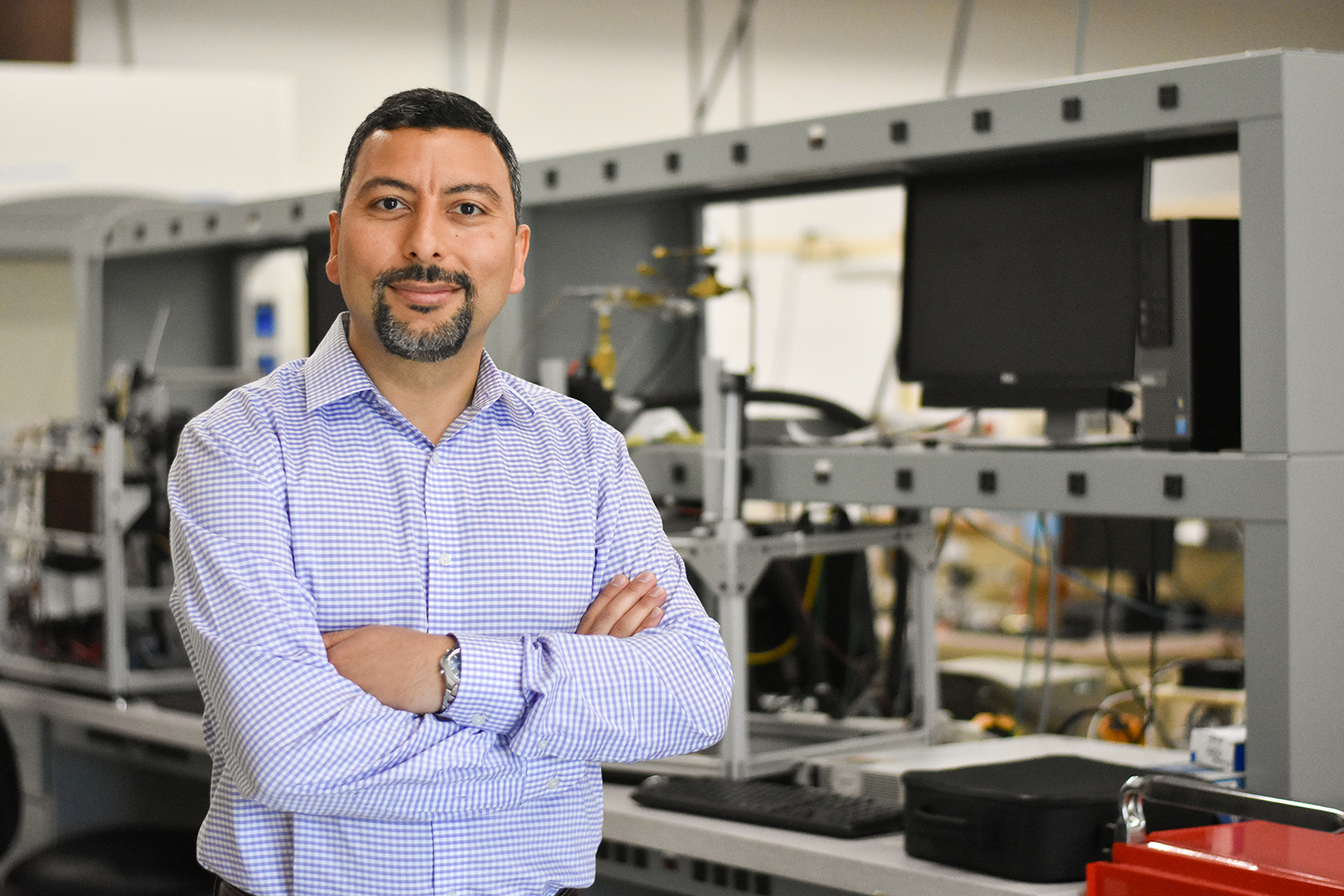 A University of North Texas College of Engineering team is one of 11 teams selected nationwide for a new NASA challenge aimed at supporting the agency’s capabilities for deep space exploration.

As part of the eXploration Systems and Habitation Academic Innovation Challenge, or X-Hab, students will work to improve life support for astronauts in space.

Led by faculty advisor Huseyin Bostanci, an associate professor of engineering technology, UNT’s team of undergraduate students have been tasked with designing, building and characterizing a functional prototype of microgravity gas-liquid separator for an air revitalization system.

The team’s goal is to better remove carbon dioxide from manned space vehicles and habitats, ultimately ensuring the availability of oxygen for astronauts. Building upon a number of existing carbon dioxide removal systems, the proposed method will replace gravity-dependent tanks used for the gas-liquid separation and storage with vortex-style separators, allowing the new design to be non-gravity dependent.

“Space applications are very unique, and sometimes they’re ahead of terrestrial applications in terms of the technology involved,” said Bostanci. “This project will give one of our upcoming senior design teams the chance to work on an innovative project funded by a national agency.”

As part of its acceptance through the X-Hab challenge, the UNT team will receive $30,000 in funding from the National Space Grant Foundation to develop its prototype during the coming academic year. The team will collaborate with two other experts from Texas A&M University and NASA’s Johnson Space Center on the project. They also will complete engineering design reviews and provide three project status briefings to NASA.

“The process gives students a real-life look into how NASA works by requiring the university teams follow their regular review and deadline cycles,” said Bostanci. “It helps the students shift their mindset from an academic calendar to one more reflective of the industry.”

The team will present its final X-Hab challenge prototype for evaluation in May 2020.