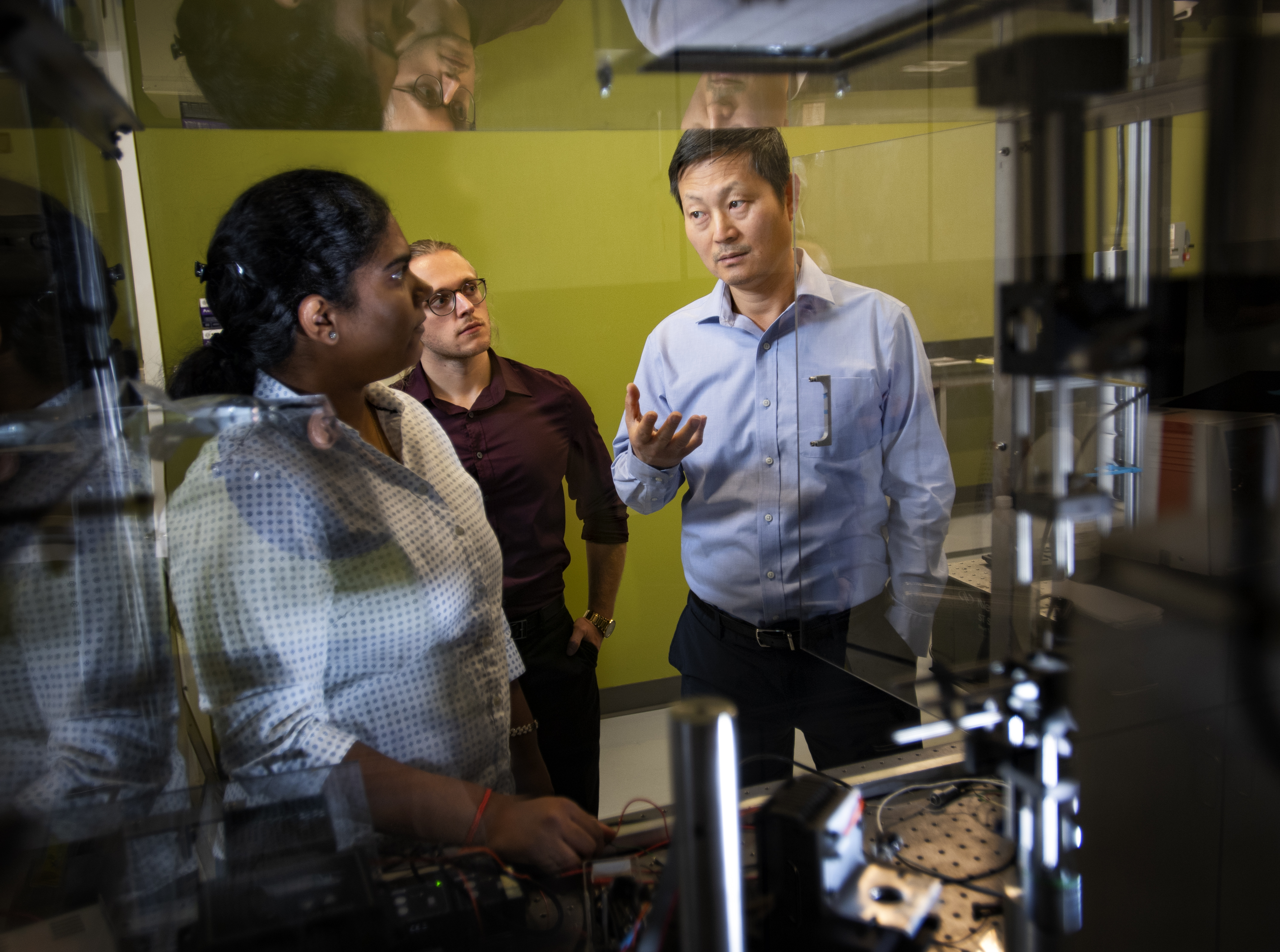 Choi has developed a micropipette sensor technology that will allow for a quicker and more reliable diagnosis of cancerous or precancerous cells. Doctors also should be able to determine the boundary between cancerous and healthy tissue in real time during surgery rather than having to remove tissue from around a tumor for testing in a lab.

This all started when Choi wondered if modern engineering principles could provide answers to biological medical problems. Specifically, he asked himself if human cells would have similar properties to materials such as water and protein, and if thermodynamic principles would apply. He found that by measuring thermal conductivity, a material’s ability to conduct heat, and thermal diffusivity, the rate of transfer of heat from the hot end to the cold end of a material, he could detect cancer in cells.

Choi’s device was patented in 2010 and UNT’s research and commercial agreements office is looking forward to finding a company willing to move this technology from Choi’s laboratory to doctors’ offices and hospitals so patients can begin benefiting from this new tool. The American Cancer Society predicts as many as two million new cancer cases in 2020 and the sooner those cases can be diagnosed the better they can be treated.

Choi was recently awarded more than $300,000 through a National Science Foundation grant to continue his research into the thermal conductivity and diffusivity of human cells as biomarkers in early-state ovarian cancer detection.