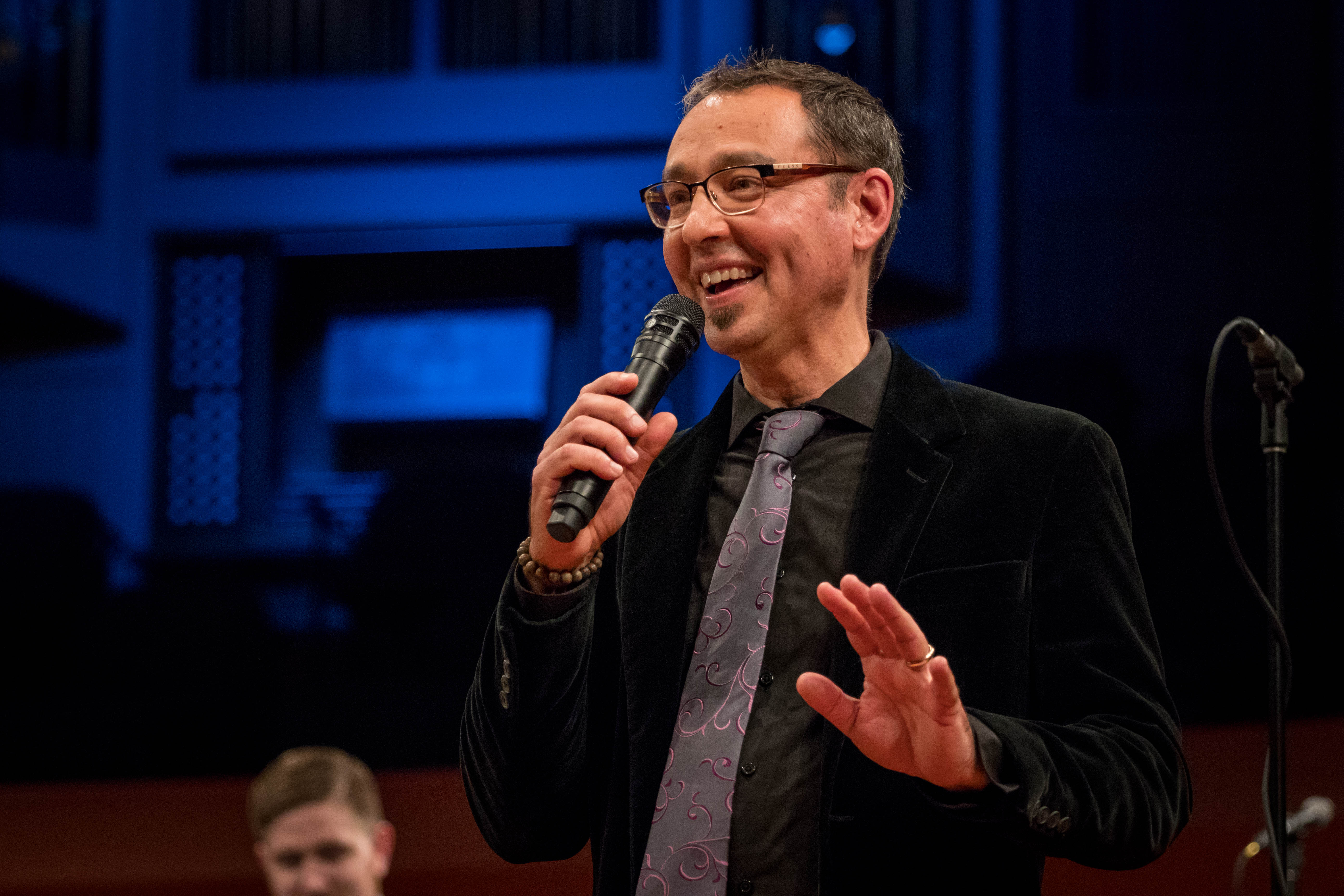 DENTON (UNT), Texas - University of North Texas College of Music alumna Gunnery Sgt. Sara Sheffield and UNT College of Music Professor of Jazz Studies and Director of the One O’clock Lab Band, Alan Baylock were both part of the music presentation at the state funeral for former President George H. W. Bush in Washington, D.C.

Irish tenor, Ronan Tynan, sang Baylock’s arrangement of “The Lord’s Prayer” at today’s funeral. Baylock arranged the piece for Tynan in 2005 when Tynan performed as a guest with the United States Airforce “Airmen of Note”, the premier jazz ensemble of the USAF, in Washington, D.C. Baylock was a Chief Arranger with the ensemble at the time and Tynan liked the piece so much that he recorded it on his 2006 CD release, “The Dawning of the Day.”

“It was so nice to hear the piece again,” said Baylock. “It sounded beautiful with the incredible orchestra and chorus at such a special and meaningful event.”

Baylock is the director of the of the Grammy-nominated UNT One O’clock Lab Band and has composed music that is performed throughout the world. He is one of the most respected and sought-after jazz composers and educators and travels extensively as a guest conductor and clinician.

Gunnery Sgt. Sara Sheffield is part of the incredible orchestra and chorus, “The President’s Own” United States Marine Band that participated in today’s state funeral. Sheffield joined the band in May 2005, becoming the first featured female vocal soloist in Marine Band history. She graduated from UNT with a bachelor’s degree in vocal performance in 2001. While at UNT she received many accolades including the Julia Smith Memorial Opera Scholarship, the Deborah Johnson Miller Scholarship and the Presser Award. In 2001 Sheffield was named the Undergraduate of the Year in Vocal Studies.

As a Marine Band vocalist and concert moderator, Sheffield is a soloist at White House State Dinners and the Commandant of the Marine Corps’ residence, and a featured performer in the annual musical productions of Washington’s Gridiron Club and Military Order of the Carabao. The band performs regularly in the Washington, D.C., area and across the country during the band’s annual concert tour.