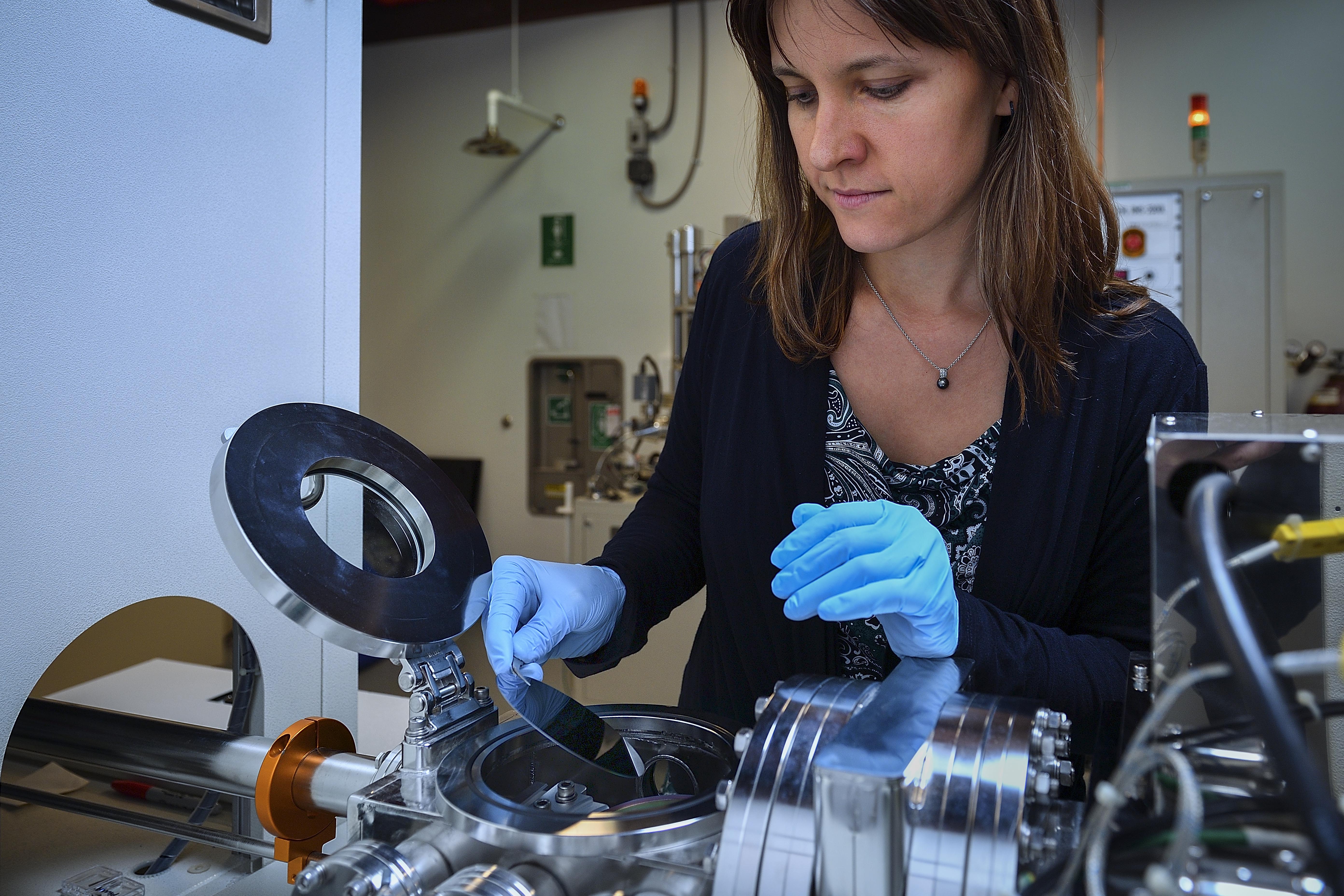 DENTON (UNT), Texas -- University of North Texas College of Engineering assistant professor Diana Berman has earned the prestigious 2017 Ralph E. Powe Junior Faculty Enhancement Award from the Oak Ridge Associated Universities. The award, which is aimed at enhancing the research and professional growth of young faculty, is one of the most prestigious awards for professors teaching engineering, sciences, mathematics and policy management or education. Awards from the ORAU, a consortium of 121 major Ph.D.-granting universities nationwide, can be used as funds for faculty summer salary, graduate student salary, travel, equipment or other assistance relevant to the faculty member’s research.

Berman, who is in the Department of Material Science and Engineering, will receive $10,000 – $5,000 from ORAU matched with $5,000 from the UNT Vice President of Research and Innovation. She plans to use the funding to further understand the friction and wear of 2-D materials used in nano- and micro-electronics.

“Controlling the friction energy losses and wear-induced material damage that occur in sliding contacts under high pressures and shear stresses is an ubiquitous challenge in many moving mechanical systems,” Berman said. “It is estimated that on average, in traditional motor-driven systems, about 15 percent of total energy used is dissipated due to motor inefficiency and close to 20 percent of this is used just to overcome friction.”

Berman said friction results in overheating and leads to high wear of materials which limits the lifetime of the sliding systems. In large motors, liquid lubricants can be used to reduce friction. But, in very small devices, such as medical sensors and tiny electromechanical systems in cellphones and computers, it is becoming popular to use thin 2-D films, including graphene and molybdenum disulfide, in moving or sliding microscopic parts.

“We look at 2-D films as perfect lubricant materials working across all the length scales, from nanotechnology to industrial applications, for effective friction and wear reduction when they conformably coat the sliding surfaces,” Berman said. “However, during the sliding and exposure to environment, two-dimensional films will not remain the same, and in order to open their full potential, we need to fundamentally understand how structural modifications affect 2-D materials’ performance.”