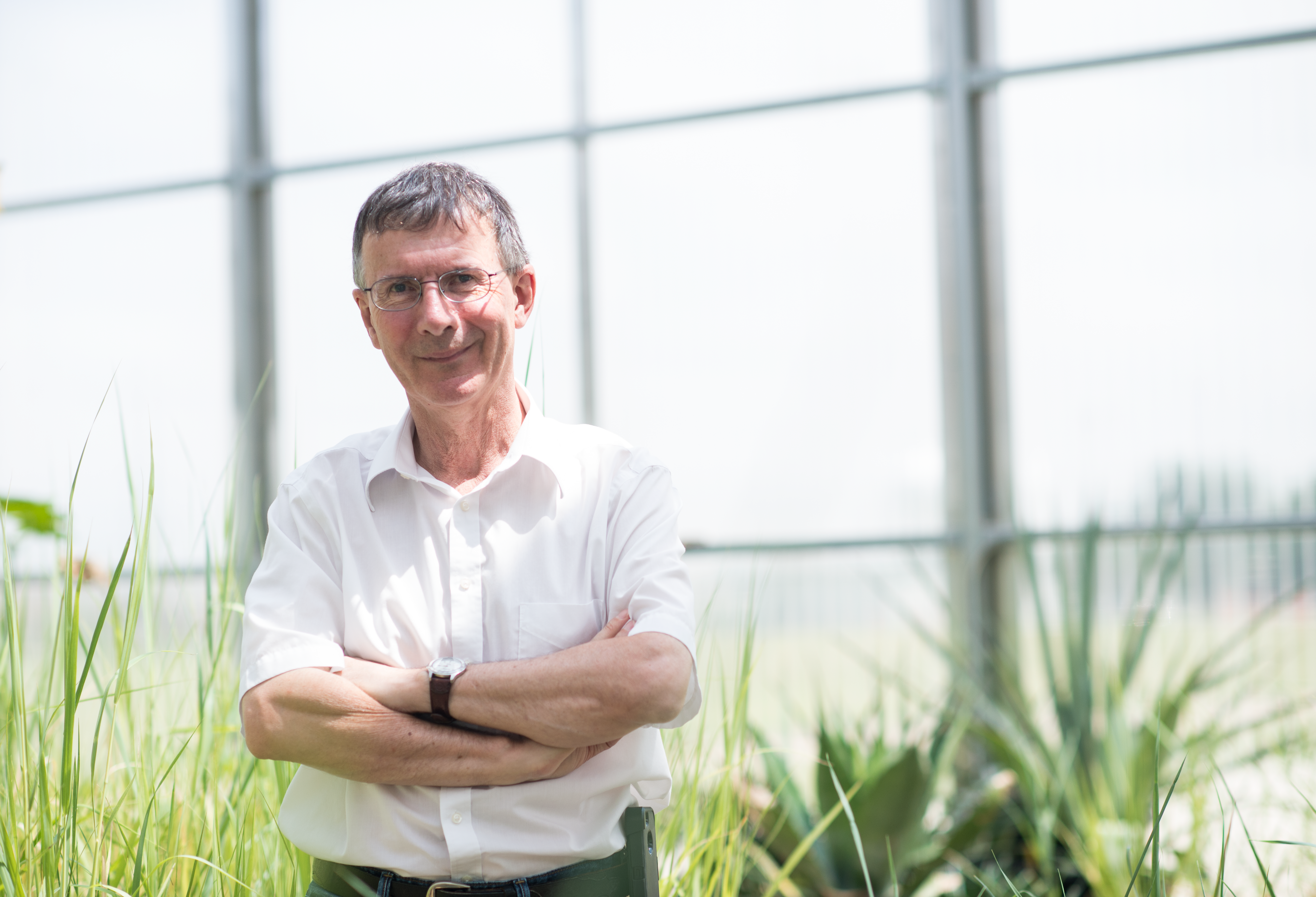 “Alfalfa is high in protein and makes a great forage crop. But, too much alfalfa isn’t necessarily good for livestock,” Dixon said. “The plant causes potentially lethal bloat accompanied by an excessive release of methane gas. As such, ranchers must spend time and effort moving animals from field to field to vary their diet. But, what if a rancher didn’t have to do that? What if a rancher could allow animals to feed on high-quality alfalfa without the side effects?”

Alfalfa contains compounds call tannins in its seed coats. Tannin is an astringent found in many plants and products such as tea and wine. One of the properties of tannin is that it can bind to proteins and, in the case of livestock, allow the proteins to last longer during the process of digestion, with less release of methane.

“Cattle and sheep are ruminant animals. This means that their stomachs have four chambers. The first chamber is called the rumen. This is where microbes are used to break down plants and grains through fermentation. During the process, the protein in alfalfa is rapidly broken down causing bloat and gas,” said Dixon. “But, by engineering alfalfa to produce tannin in its stems and leaves instead of just its seeds, the alfalfa’s protein will be protected by the bound tannins, not breaking down so fast in the rumen and being better absorbed later in the digestion process.”

Dixon’s team has discovered ways to alter the composition and size of tannins in alfalfa and related plants by genetic engineering. This work allows the tailoring of tannins for optimum bloat-protection, and control of astringency in food, wine and beverages. Their findings were published in the journal “Nature Plants” on Nov. 26, 2018. The paper, Proanthycyanidin subunit composition determined by functionally diverged dioxygenases, can be found hereon the “Nature Plants” website.