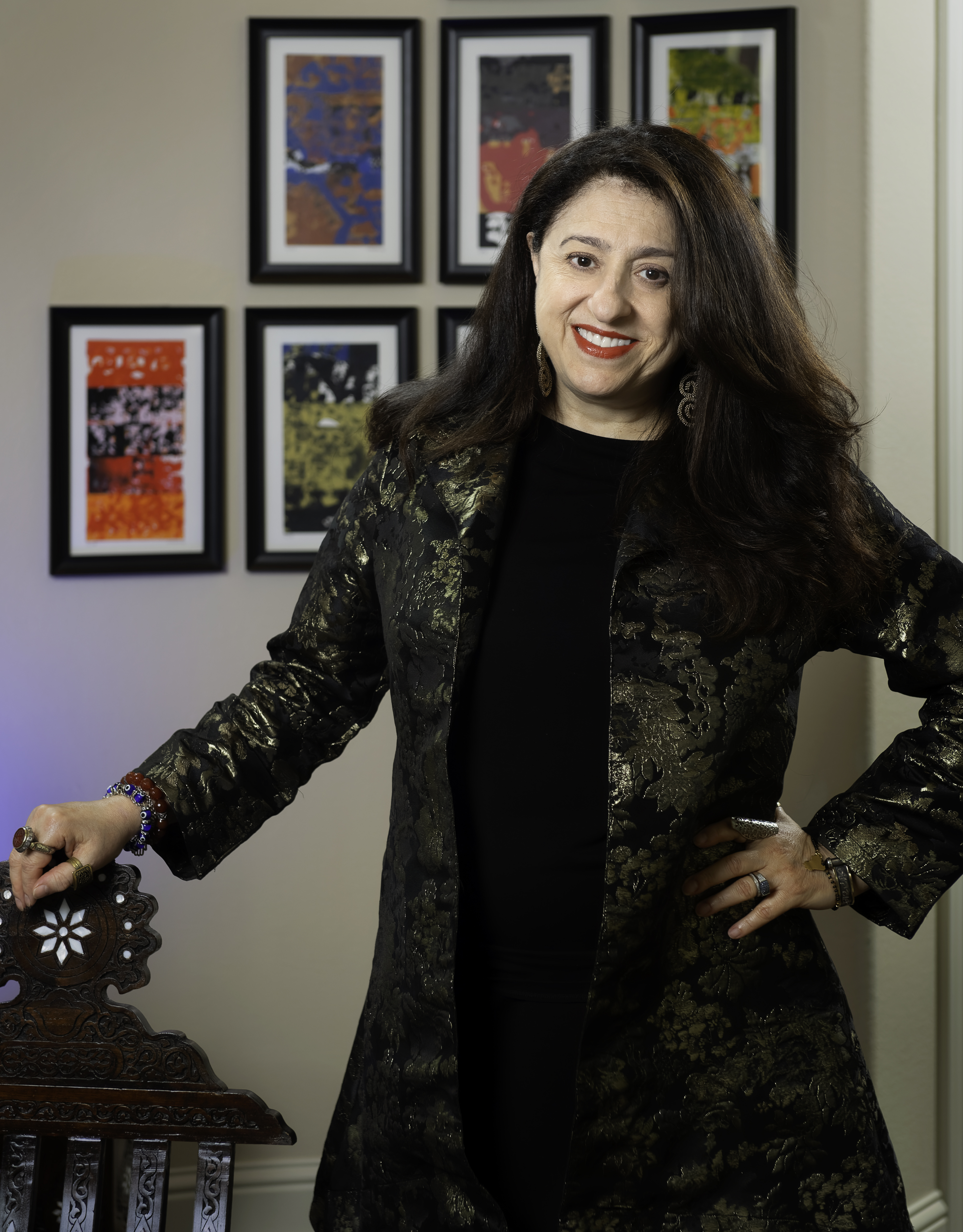 DENTON (UNT), Texas — University of North Texas Art History Professor Nada Shabout has received the Kuwait Prize for Arts and Literature from the Kuwait Foundation for the Advancement of Sciences.

The Kuwait Prize, known regionally as the “Arab Nobel Prize,” recognizes the lifetime achievements of Arab researchers. Scholars are named each year in four categories — basic sciences, applied sciences, economics and social sciences, and arts and literature — and every three years in Arabic and Islamic scientific heritage.

Shabout, a professor in the College of Visual Arts and Design Department of Art History and coordinator of UNT’s Contemporary Arab and Muslim Cultural Studies Initiative, was recognized for her contributions to the study and teaching of modern Arab visual art.

“This is such a prestigious award that is not usually given to an art scholar, so I am very humbled by this honor,” Shabout said. “To get recognition in the Arab world is so important because it sheds light on modern art history in the region.”

Shabout has paved her own way in the field, becoming one of the world’s leading scholars in modern Arab art and the author of a prime text used in its teaching. At UNT, she introduced one of the world’s first university art history classes on the subject.

“My career has been about academic research and teaching, but also about activism as I often need to raise awareness about the need to document and preserve art so that it is accessible for study and its cultural significance isn’t lost in future generations,” said Shabout, who also is the founding president of the Association for Modern and Contemporary Art from the Arab World, Iran and Turkey.

That activism role has especially been critical to her work in Iraq, a country where her father was born and where she spent many years living as a child. In 2003, as she discovered the Iraqi Museum of Modern Art in Baghdad had been burned and artworks looted during the Iraq War, she began documenting those missing and affected art pieces. That work eventually became part of The Modern Art Iraq Archive, an open-access digital resource she created with The Alexandria Archive Institute through a grant from the National Endowment for the Humanities.

Currently, Shabout is working with a team of researchers to conduct the first comprehensive state of the field survey of art history as a discipline in the Arab world, Iran and Turkey. She’s also writing a book about modern art in Iraq and co-editing another book on modern art in the Arabian Peninsula.

Shabout previously received an Andy Warhol Foundation Arts Writers Grant, served as a fellow of The American Academic Research Institute in Iraq and was named to the Fulbright Senior Scholar Program.