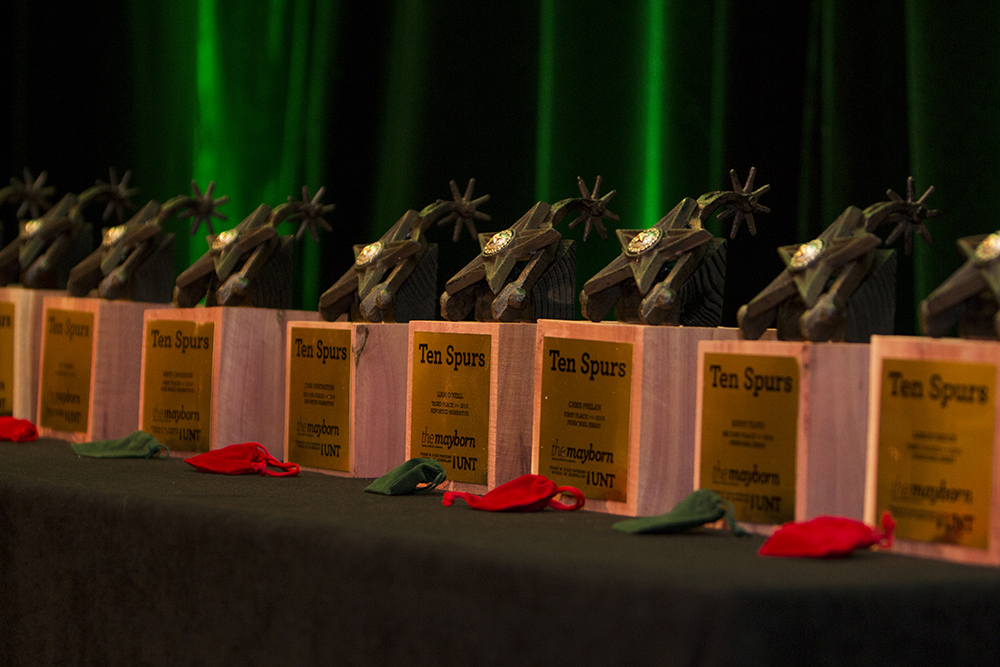 DENTON (UNT), Texas — Ten journalists and writers were awarded top prizes at the University of North Texas 2019 Mayborn Literary Nonfiction Conference. The event, now in its 15th year, brings together storytellers who are dedicated to the art of narrative nonfiction.

Among the awards, the conference honors great literary journalism and creative nonfiction with its Book Manuscript, Reported Narrative and Personal Essay writing contests.

All six winning Personal Essay and Reported Narrative entries and four runners up will be published in the 2020 iteration of “Ten Spurs,” a literary nonfiction journal published by the Frank W. Mayborn Graduate Institute of Journalism.

The final award is the Mayborn Fellowship in Biography, given in conjunction with James McGrath Morris and Biographers International.

This year’s winner is Morgan Voeltz Swanson, who is writing “To the Edge of Endurance: American Soldier Henry W. Lawton, Apache Leader Geronimo, and a Manhunt Through the Desert.”

Winners of this prize earn attendance at next year’s Biographers International Conference, free registration at this year’s Mayborn Conference, a $500 travel stipend and a two- to three-week in-residence fellowship to work one-on-one with James McGrath Morris at his casita in Santa Fe, New Mexico.