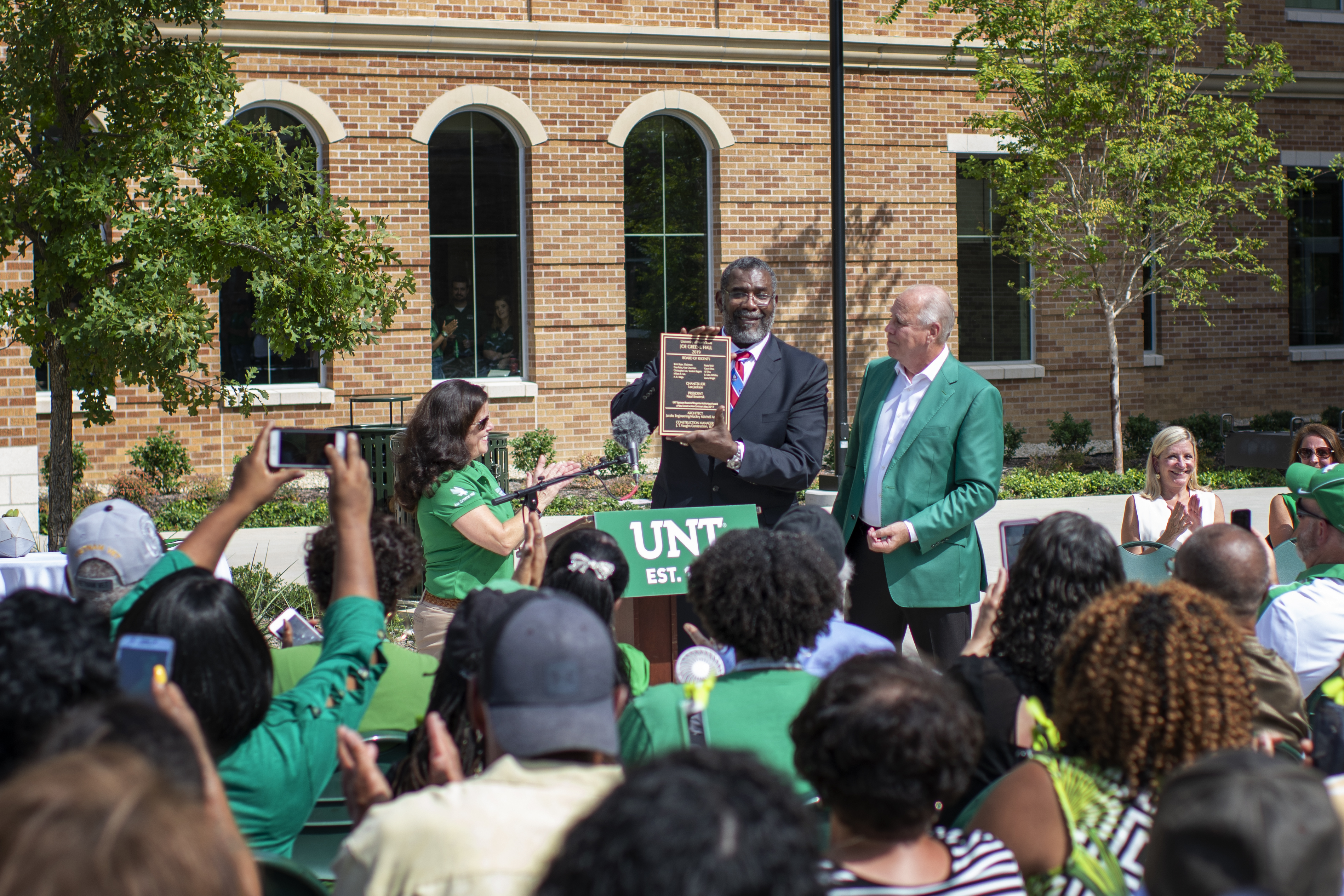 UNT President Neal Smatresk spoke about Greene’s impact on the university when the UNT System Board of Regents approved the residence hall name last year. “This is about more than just Joe Greene’s football career,” Smatresk said. “His impact on UNT goes beyond the prowess that put him in multiple halls of fame, won Super Bowls and earned him 10 trips to the Pro Bowl. He was the first African American to serve on the UNT System Board of Regents, and he has continued to be a Mean Green supporter and ambassador for the university throughout his life. Joe was an amazing football player, no doubt, but he also has been an incredible part of the UNT community for more than five decades.”

The 500-bed residence hall features pod-style student communities made up of four to nine sleeping rooms with centralized social and restroom spaces in each pod. The concept is designed to give students more privacy and give them shared social space outside of their rooms to study, play games and watch television. Other amenities in the new residence hall include practice rooms for musicians, study lounges and a full kitchen.

Unquestionably the greatest football player in UNT history, Greene also is one of the greatest defensive tackles in NFL history. The first UNT player selected in the first round of the NFL draft, Greene played 13 seasons with the Pittsburgh Steelers, becoming the cornerstone of the famous “Steel Curtain” defense and winning four Super Bowls. The NFL Defensive Rookie of the Year in 1969, Greene went on to earn 10 Pro Bowl invitations and two Defensive Player of the Year honors. He was enshrined in the Pro Football Hall of Fame in 1987, and his No. 75 was retired by the Steelers in 2014, only the second number ever retired by the franchise.

At UNT, Greene was named a Distinguished Alumnus in 1976, was a member of the first class of the Athletics Hall of Fame in 1981 and served as a UNT System Regent from 1983 to 1987.

Joe Greene Hall was part of a $58.9 million project that also included the new UNT Welcome Center, which opened earlier this year.