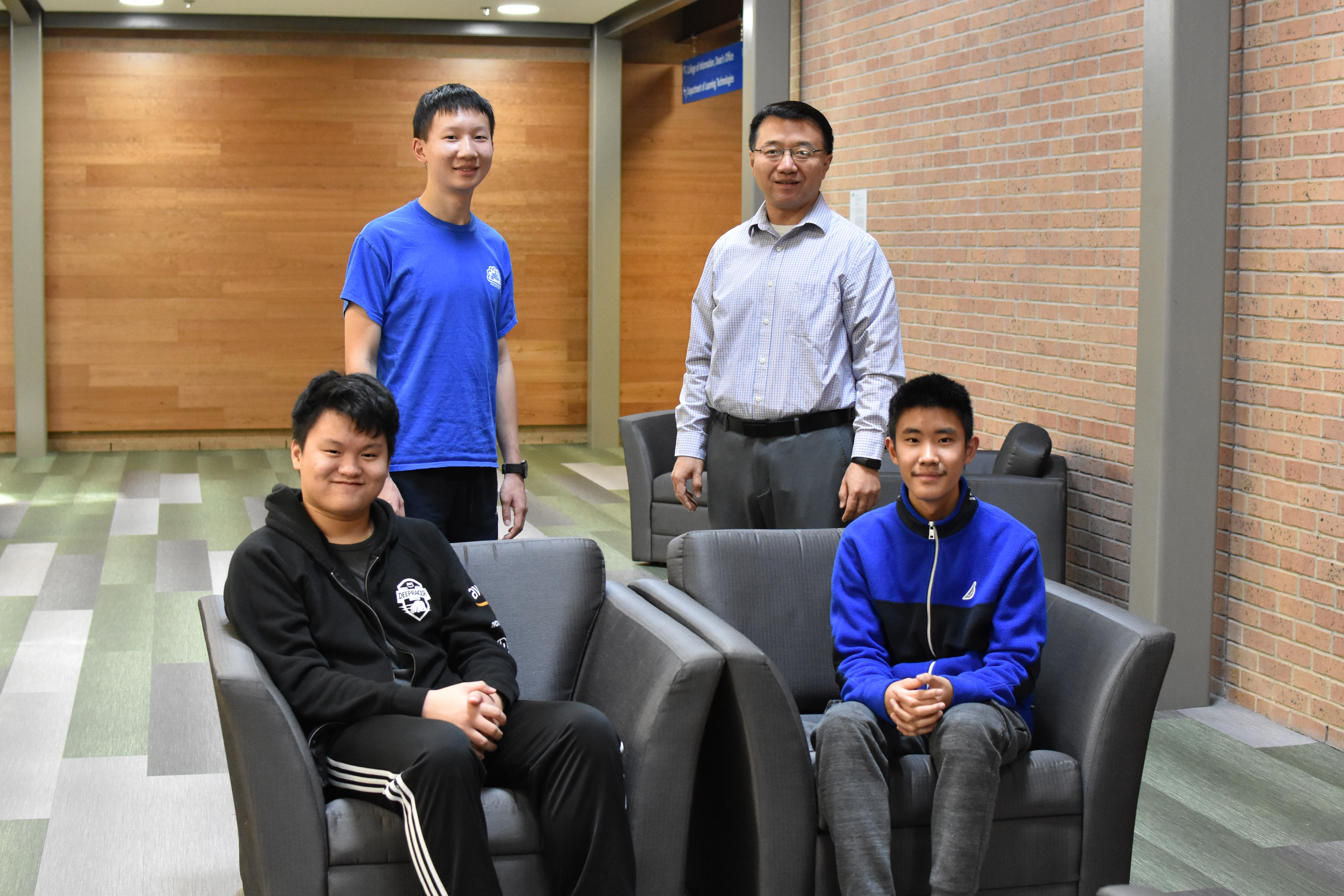 “I’m truly very proud of the students and the work they have put in to learning about machine learning and applying that knowledge to the model,” Fu said. “They’ve done a superb job!”

The virtual competition required each student to build and train a vehicle model based off the given parameters within a two-month time period. The model was then tested for speed on a virtual route. The final competition was similar, but provided the students less time to train the model. Each student competed individually with their scores averaging out for the team’s total.

“I really enjoyed competing, because I learned a lot about model reinforcement learning and what that means,” Hua said. “It was great to be able to mess around with machine learning and learn about it this way.”

Each student received a $1,000 scholarship for qualifying for finals and another $1,000 for winning. The computer science and engineering department received $10,000 to be put toward scholarships for underrepresented students pursuing careers in technology.

“I had been watching the global competition for a little over a year, and when I learned they were hosting a student challenge, I got really excited,” Peng said. “Often, companies will use the global challenge to train their employees in machine learning, so I knew this was something I wanted to try for.”

Students who are enrolled in TAMS are mentored by UNT faculty and tackle complex, real-world problems in science, technology, engineering and mathematics. TAMS is the nation’s first residential program for early-college students of high school age and serves as an important pipeline for STEM education.

“Being at TAMS and UNT gives us a lot more opportunities and increases the types of experiences we could have both academically and socially,” Tian said. “We’re able to interact with faculty, pursue research activities and work alongside other college students.”