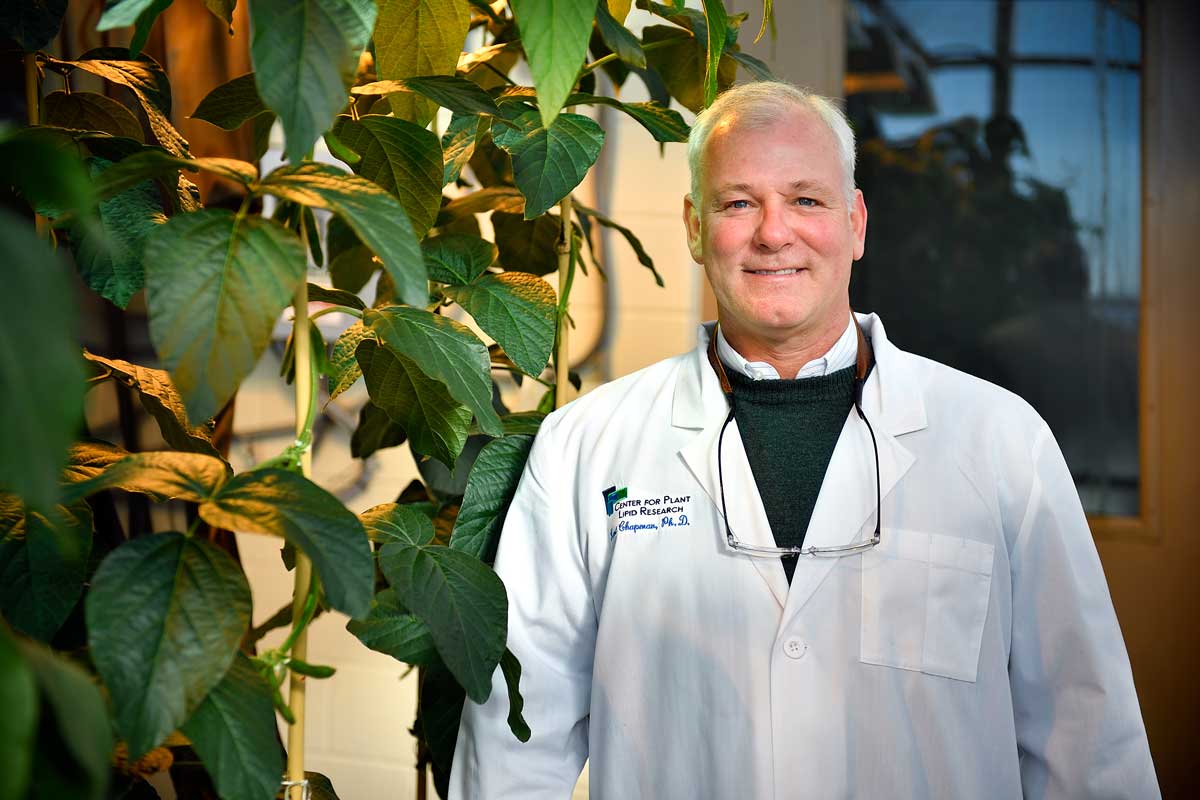 DENTON (UNT), Texas — Kent Chapman, Regents Professor in the University of North Texas’ Department of Biological Sciences and director of UNT’s BioDiscovery Institute, and Ashley Cannon, a former UNT postdoctoral scholar and research molecular biologist with the U.S. Department of Agriculture, are illuminating how heterotrimeric G-Proteins are involved in N-Acylethanolamine (NAE) signaling in plants — findings that could have major implications for the future of agriculture.

NAEs are lipid-derived signaling molecules that allow for intracellular communication in both plants and animals. In their National Science Foundation-funded project, Chapman and Cannon compared similarities and differences regarding the role of G-Proteins — which act as molecular switches inside cells — in NAE signaling in plants and animals. Their findings were detailed in the article “Lipid Signaling Through G-Proteins,” recently published in the prestigious journal “Trends in Plant Science.”

“The main similarity is that in both plant and animal systems, it is a receptor-mediated process that activates the heterotrimeric G signaling protein,” Cannon said. “What also is a similarity is that in both systems, the NAEs are part of what could be characterized as organism resilience. How resilience is defined in plant and animals is distinct, but it appears there are several things that NAEs are involved in that ensure the ability to deal with, and overcome, stress.”

NAE signaling has received considerable attention in vertebrates as part of the endocannabinoid signaling system, which is largely responsible for homeostasis — the maintenance of a stable internal environment despite fluctuations in the external environment. Similarly, NAEs appear to be involved in a unique plant survival system known as “secondary dormancy” that allows plants to slow or halt germination if they encounter stress. Since G-Proteins are involved in NAE pathways and are generally linked to a receptor, they could be a tool to determine how plants receive this signal — which could ultimately allow plants to thrive even in their earliest stages under stressful conditions.

“Once you understand the receptors and the specific targets for these molecules, it will really give you control over whatever downstream processes these receptors are responsible for signaling,” Chapman said. “Once a crop reaches a certain stage of development, it can handle stresses such as drought, cold or heat. But in those early stages, it’s very common for plants to die, and it’s a significant cost to farmers to have to replant everything because it was lost.”

Chapman and Cannon also noted that since G-Proteins are involved in NAE pathways, the discovery opens up the possibility of figuring out how a common signal is used to regulate other developmental processes, such as immune response or flowering time. There also may be implications down the road, Chapman said, to better understand how lipids may be involved in the interplay between plants and microbes, which is important when considering the microbial composition of soil for crop development.