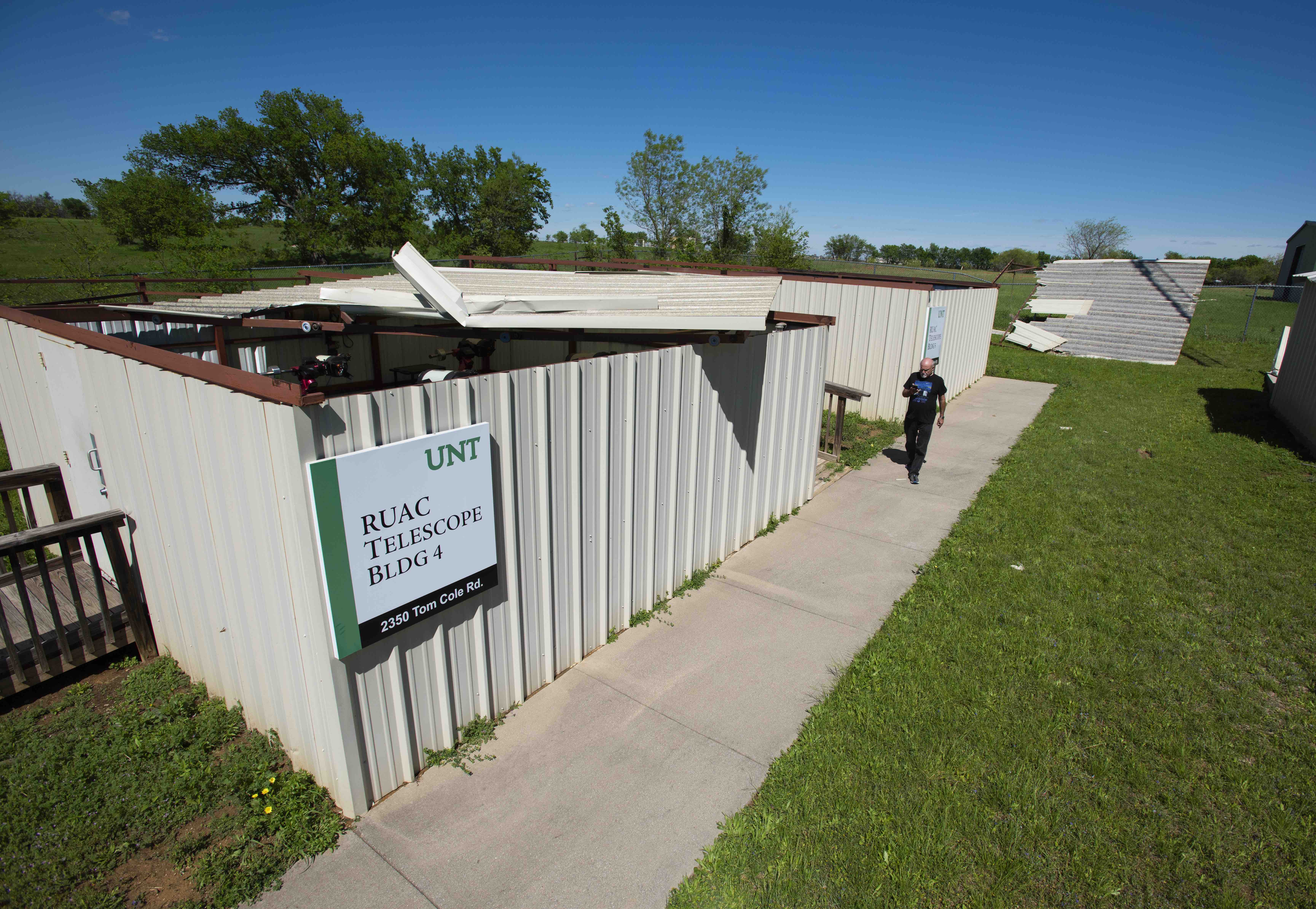 “This is quite a hit for us. We were planning on a large crowd for this Saturday’s open house and star watching party– our first in almost two months of rainy Saturdays,” said Ron “Starman” Diiulio, astronomy laboratory director in UNT’s College of Science. “The storm was so bad that all of the roofs were lifted off of the telescope huts. One actually landed on a neighboring property.”

Diiulio added that with the roofs gone the telescopes were exposed to the weather. He said that this type of water damage may not be repairable and the telescopes may have to be replaced. As a result, Diiulio will be creating alternate astronomy laboratory activities for students and visitors for the summer semester.

One of the first of its kind in a major metropolitan area, The Rafes Urban Astronomy Center opened its doors in 2007. The center is home to several Celestron C8 and C14 telescopes which are equipped with the latest in GoTo positioning systems and digital cameras. More than 3,000 astronomy students and visitors use the facility each year.