From radioactive rain to hitchhiking tardigrades, particulates in precipitation have big implications for ecosystems 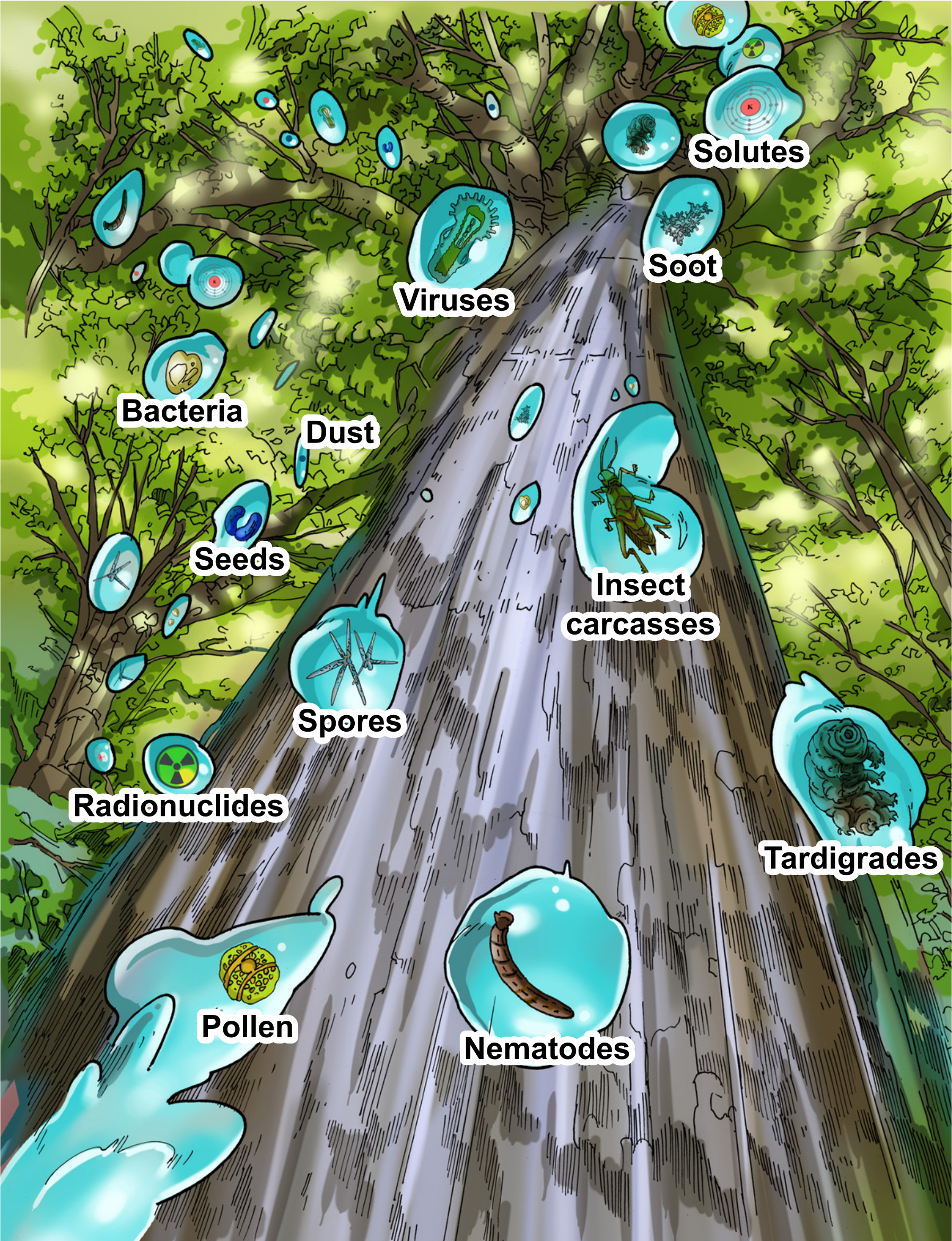 DENTON (UNT), Texas — A single raindrop may seem insignificant to the human eye, but a closer look will reveal a diverse community of organisms and non-living materials that could have major implications for understanding how ecosystems work, according to a new research paper from University of North Texas ecosystem geographer Alexandra Ponette-González.

“Every little rain or fog droplet is a world of its own containing potentially beneficial or harmful things for ecosystems,” said Ponette-González, an associate professor in the College of Liberal Arts and Social Sciences Department of Geography and the Environment. “The nature and composition of that droplet changes as it moves through the plant canopy.”

Ponette-González, along with research collaborators at Georgia Southern University and the Cary Institute of Ecosystem Studies, shines a magnifying glass on the microscopic materials that land on and flow through plants with water in a paper published in Frontiers in Ecology and the Environment, the Ecological Society of America’s flagship journal.

Their work highlights the potentially big roles these tiny particulates could play in ecosystems, with ripple effects through the environment and society from economic impacts on agricultural crop yields to environmental effects of pollutants.

Much of the current understanding on particles moving in water focuses on aquatic ecosystems. What happens to the composition of water as it falls from the sky and enters ecosystems hasn’t received as much attention in the scientific community, but Ponette-González and colleagues hope their paper can raise awareness about this under-researched topic.

Every time it rains, it’s rush hour in a tree. Millions of tiny particles hitch a ride in the water droplets that flow like liquid ribbons down tree trunks and drip from leaves. Although our human eyes may not see the traffic, this water contains a large and diverse community of organisms such as bacteria, fungi and even tardigrades along with non-living particles like dust, soot and radioactive material.

In a previous study, John Van Stan, lead researcher on the paper and director of the Applied Coastal Research Lab at Georgia Southern, and his colleagues have shown that literally quadrillions of bacteria, billions of fungal spores and millions of tiny animals ride these water flows.

“These particles are vehicles and passengers on hydrologic highways that start in the sky and end in the soil,” Van Stan said. “In this most recent paper, we looked at what would determine what would get into one of these waterflow paths through the plant canopy, what do current studies say about this and where are the knowledge gaps in this area.”

Other paper authors include Kathleen Weathers, an ecosystem scientist at the Cary Institute of Ecosystem Studies, and Travis Swanson, an assistant professor of geology at Georgia Southern.

Here are some key takeaways from the paper: