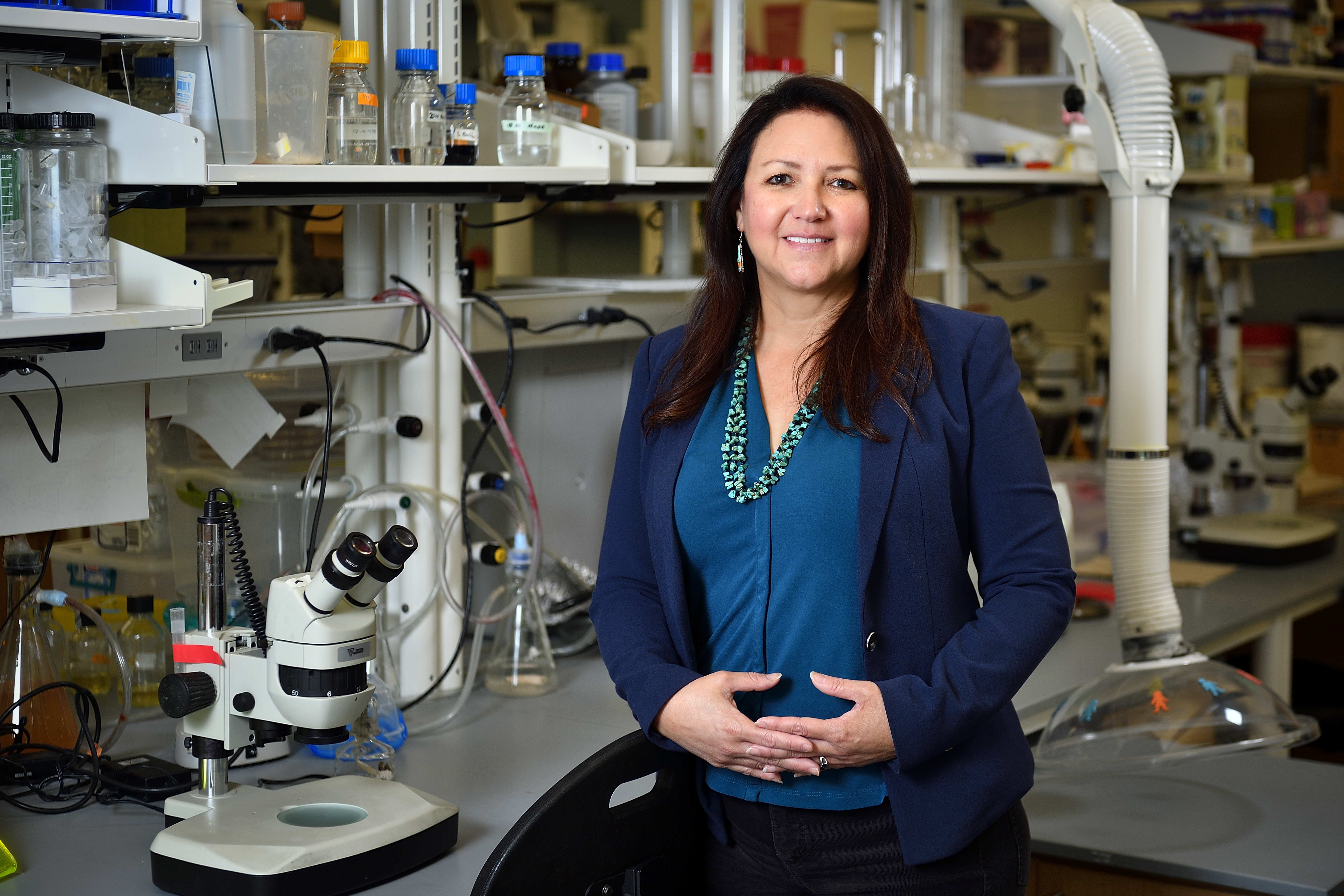 DENTON (UNT), Texas — Pamela Padilla, associate vice president for research and innovation at the University of North Texas, has been appointed dean of the College of Science. Padilla will succeed the College of Science’s founding dean, Su Gao, who stepped down June 15 to take a leave of absence to care for family.

“Dean Gao’s collaborative leadership has been integral to the college’s continued growth, helping to make gains in student success, garner significant gifts to support the college's mission, deepen UNT’s research impact and foster a strong culture,” said Jennifer Cowley, provost and vice president for academic affairs at UNT. “I know that Dr. Gao is doing what is right for his family, and I wish him the very best as he makes this transition.”

“I appreciate all of the work and successes Dean Gao brought to the College of Science and am honored to serve and work with faculty, staff, students and researchers,” Padilla said.

A professor of biological sciences, Padilla joined UNT in 2002 and has sustained an active research laboratory while holding numerous leadership posts. She previously worked as associate dean for research and graduate studies in the College of Science and was permanently appointed UNT’s associate vice president for research and innovation in October 2019 after serving one year as interim. In 2010, she earned the UNT Early Career Award for Research and Creativity, and she was a Faculty Leadership Fellow from 2015 to 2016.

“Dr. Padilla brings a wealth of experience in leadership, research, teaching and advancing diversity and inclusion,” Cowley said. “I know that with her expertise and deep understanding of our university, she will guide the College of Science through this transition and on to even greater success in the years to come."

Padilla’s research, which has been continually supported by either the National Institutes of Health or the National Science Foundation, focuses on how environmental and dietary stress affects living organisms at the cellular, genetic and molecular levels as a means to model human health issues such as ischemia and diabetes. She has received numerous fellowships and grants, including an NSF CAREER award.

Padilla is the current president and former treasurer and member of the board of directors of SACNAS, the Society for Advancement of Chicanos/Hispanics and Native Americans in Science, the largest STEM diversity organization in the country. She also was a Howard Hughes Medical Institute and SACNAS Advanced Leadership Institute Fellow in 2017, received a Science magazine Prize for Inquiry-Based Instruction in 2012 and was a National Academy of Sciences Kavli Frontiers of Science Fellow in 2008.

Padilla earned her Ph.D. in biology from the University of New Mexico, conducted her post-doctoral research at the Fred Hutchinson Cancer Research Center in Seattle, Washington, and was a visiting scholar at the Salk Institute in La Jolla, California.