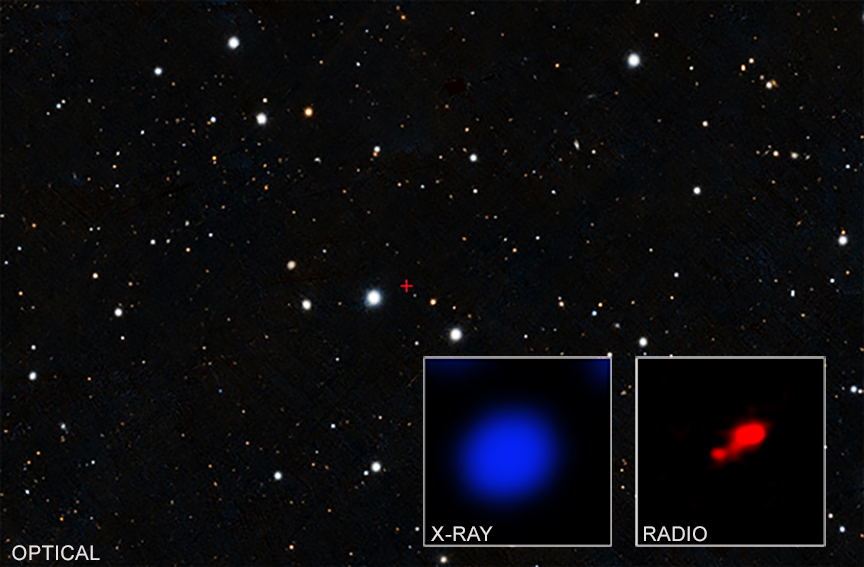 “Using NASA's Chandra X-ray Observatory as well as data from Pan-STARRS, an optical-light telescope in Hawaii, we discovered the most distant obscured quasar (the bright point where matter is consumed by a black hole) to date, shining at a time when our 13.8 billion year old universe was only 850 Million years old,” said Shemmer of UNT’s Department of Physics. “This discovery sheds light on the growth process of supermassive black holes in the early universe, which is thought to take place during a phase when the quasar is highly obscured from view by large amounts of gas and dust.”

Supermassive black holes, which are millions to billions of times more massive than our sun, typically grow by pulling in material from surrounding space. The material consumed generates large amounts of radiation in a very small region around the black hole. This creates an extremely bright point called a quasar. But, even though they emit high-intensity radiation, including visible and X-ray light, some quasars, particularly the most distant ones, are thought to be generally hidden or cloaked by all the matter surrounding their black holes.

The team’s paper “Discovery of the first heavily obscured QSO candidate at z > 6 in a close galaxy pair“ appears in the August 2019 issue of Astronomy and Astrophysics.