Amie Lund - associate professor in the College of Science. Lund specializes in investigating how air pollution exposure promotes the progression of inflammatory diseases in the body. 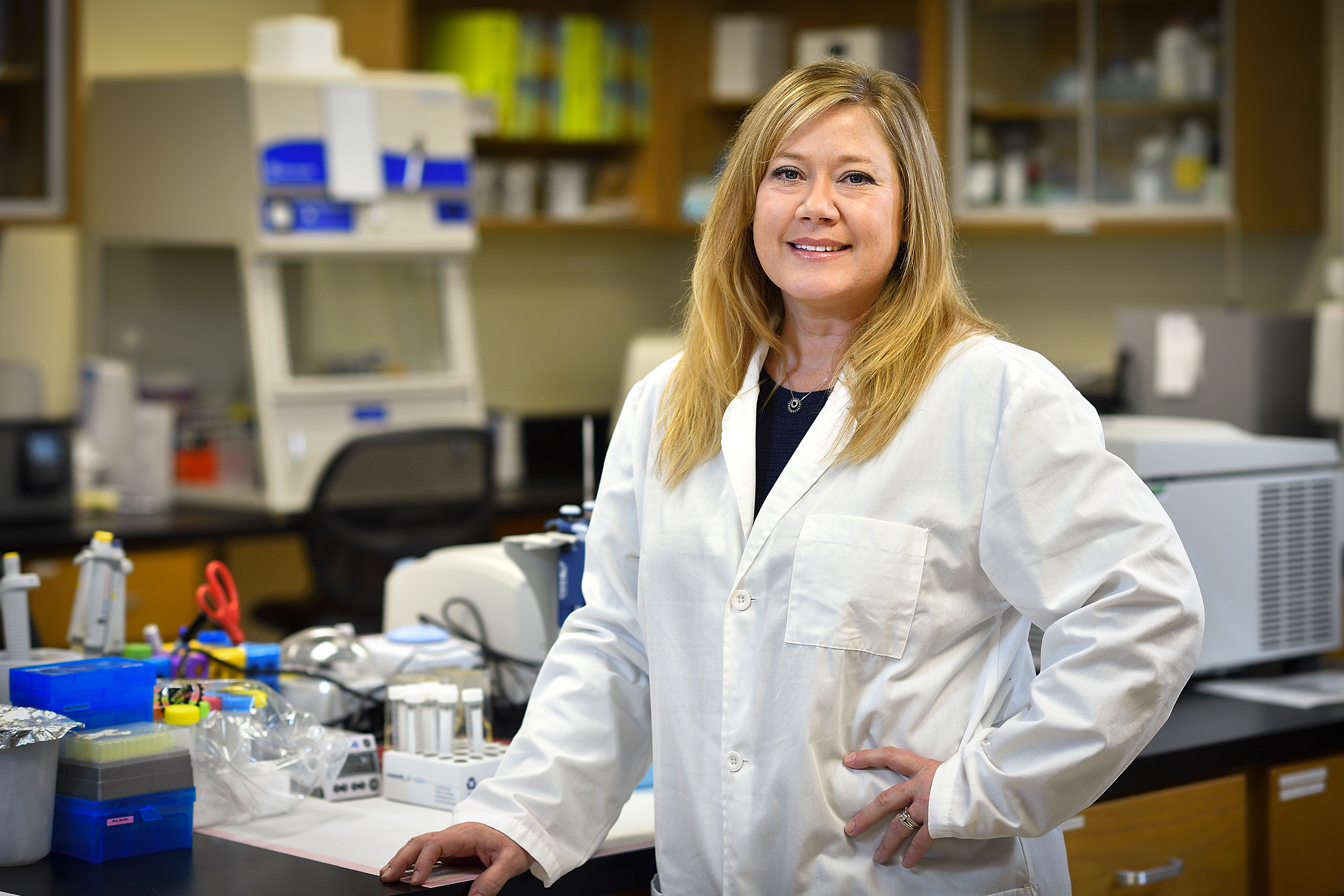 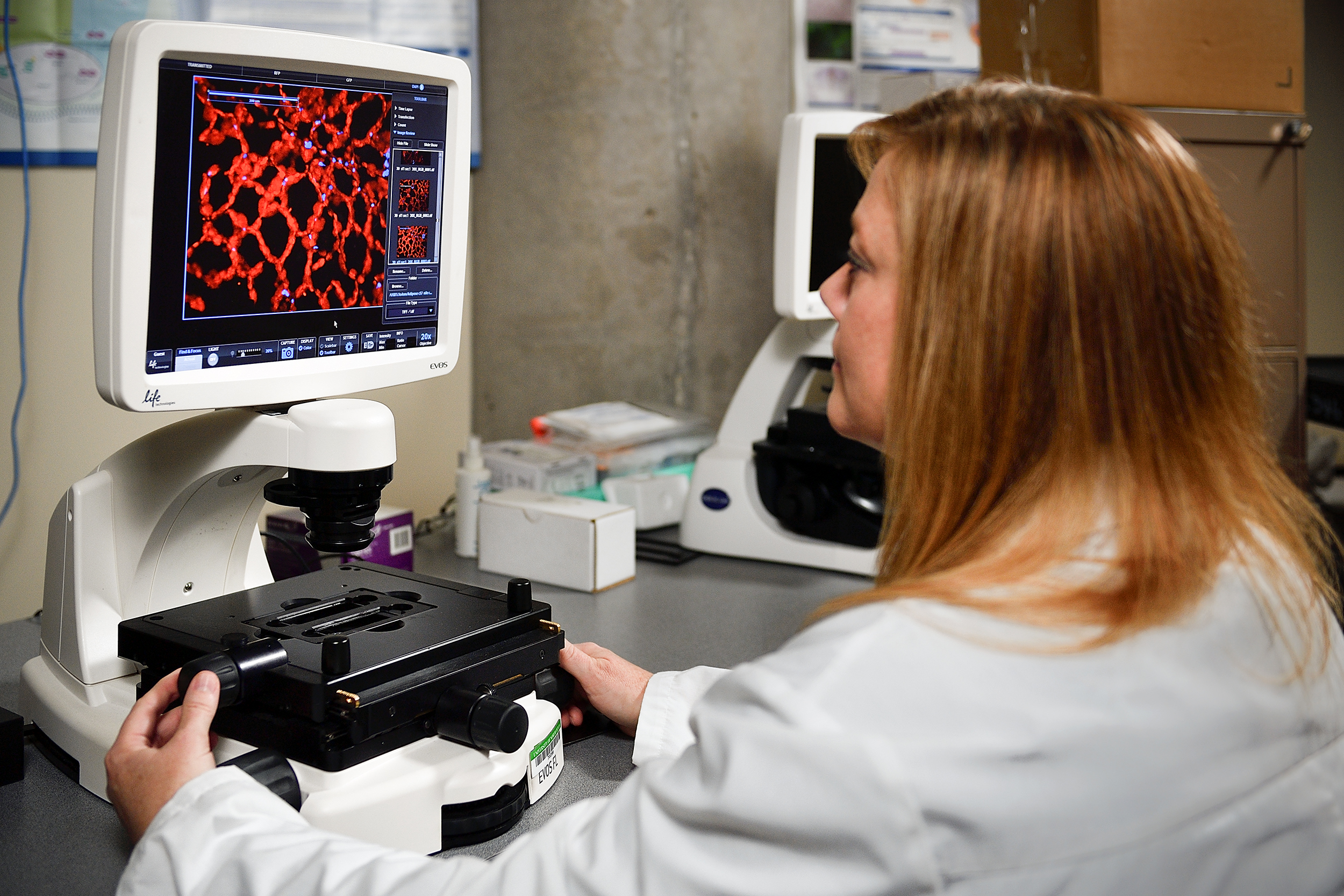 “When people think of the root causes of obesity they often think of genetics and diet,” Lund said. “But, there are external factors, such as environmental pollutants, that stress the systems of our body constantly and may play a role in contributing to diseases like obesity.”

Inhaling automobile and diesel exhaust alters signals generated and received by the fat cells. This can cause these cells to grow 12 to 25 percent larger in size or even increase in number, according to Lund’s research.

”Cells in the body talk,” Lund said. “The signals sent and received govern the basic activity of cells in the organ systems of the body. These signals are chemicals, and like all forms of communication, they can be distorted.”

Changes in the cells also promote inflammation, increased lipid storage and activation of the immune system. The inflammation and immune response can then trigger further fat cell production causing a feedback loop where the two systems keep nudging the other forward.

“When we learn something like this we always rush to the ‘what pill can we take to fix this’ step,” Lund said. “But in this case, it is not that simple.”

The human body already has several systems in place to help maintain healthy organs. But, sometimes, external stressors will unbalance the system. In that case, she said less exposure would be a good idea. She added that it’s best to limit the time spent outdoors on days of high levels of air pollution (or low air quality).

“We should be aware that exercising outside during poor air quality days, or in the vicinity of high levels of traffic-generated air pollutants (i.e. near busy roadways), can increase our exposure to these pollutants because of the increased rate of respiration that occurs during exercise,” Lund said.

An associate professor in the College of Science, Lund specializes in investigating how air pollution exposure promotes the progression of inflammatory diseases in the body. She also studies how air pollution can cause disruptions in the blood-brain barrier that has been linked to stroke, Multiple Sclerosis and neurodegenerative diseases such as Alzheimer’s and Parkinson’s Disease. This is an on-going study funded by a $437,964 R15 Research Enhancement Award grant from the National Institutes of Health.