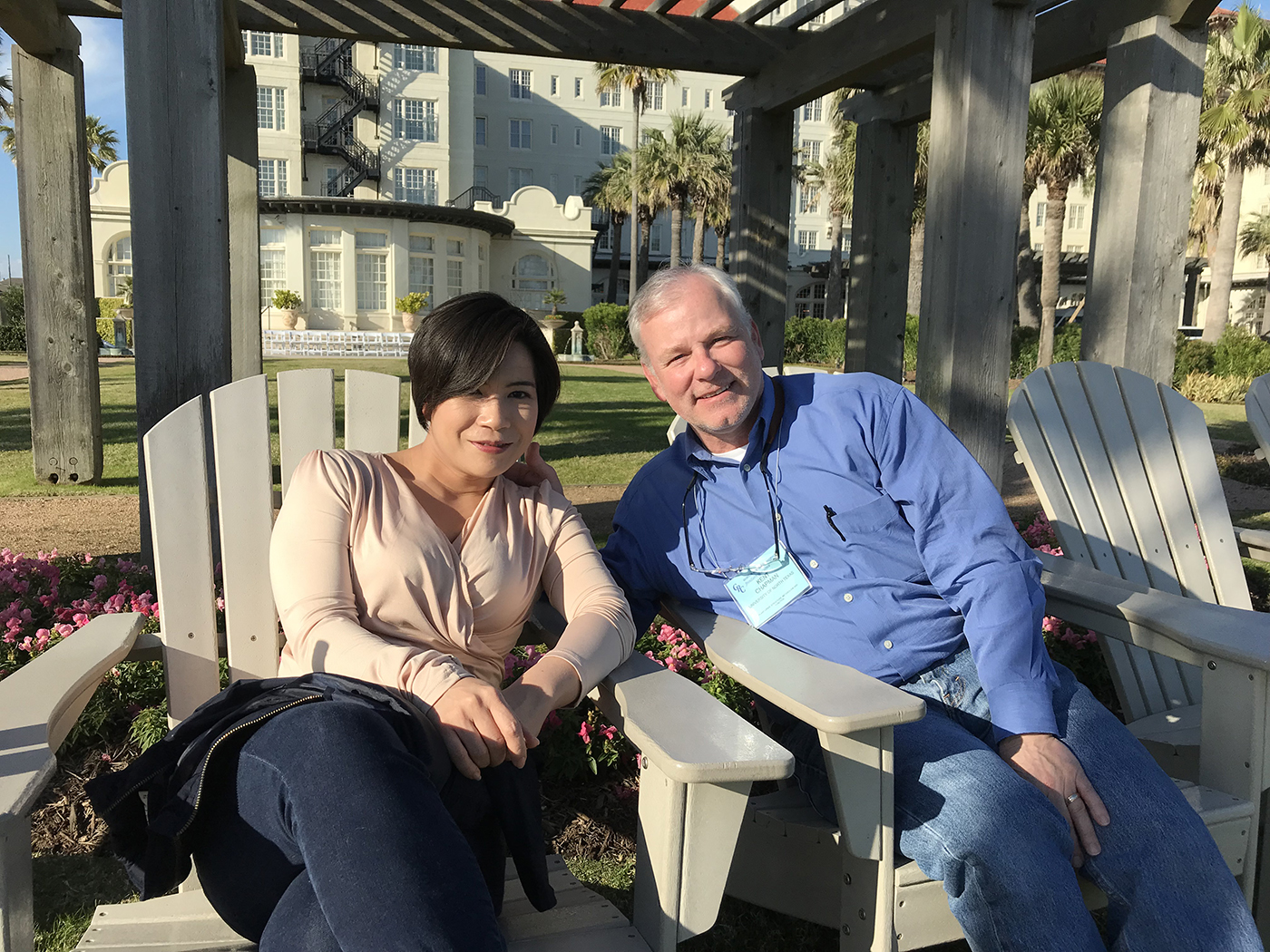 Regents Professor Kent Chapman has spent 27 years at the University of North Texas Department of Biological Sciences as an educator and researcher who spends his time teaching and exploring the intricacies of plant biochemistry, specifically lipids.

Jantana Keereetaweep is an assistant biochemist in the biology department at the U.S. Department of Energy’s Brookhaven National Laboratory in New York. She spent seven years researching with Chapman while earning her Ph.D. in Biochemistry and Molecular Biology at UNT. She studied plant biochemistry, specifically lipids.

Now, they are both being honored by the International Symposium on Plant Lipids with a lifetime achievement award for Chapman and an early career award for Keereetaweep.

“I think that both of us being honored by the same organization at the same time in the same field shows a direct line of progression from teacher to student,” Chapman said. “While I am very honored to receive the Terry Galliard Medal from the ISPL, I am especially pleased to see Jan on the same path. I expect her to continue to advance lipid research long after I’ve retired.”

Chapman explains that a person can follow the line from student to professor all the way back to the beginning of science. It is how people learn, carry ideas forward and develop their own ideas. It doesn’t have to be a professor, though. It can be anyone whose thoughts and ideas inspire your own.

“You could say I caught the lipid bug from Dr. Chapman. Before coming to UNT I was studying pharmaceutical sciences in Thailand,” Keereetaweep said. “But, when looking for Ph.D. opportunities, I learned about Dr. Chapman’s work and thought that was something I would really like to do. When Dr. Chapman offered me a position in his lab,  I came to the U.S. and headed south to Texas.”

Keereetaweep received ISPL’s Paul K. Stumpf award for her early career work in lipids and is continuing her work in the plant biochemistry field at Brookhaven. She has been with the DOE since 2015, but says the relationships she’s formed at UNT continue to help her today.

“What I learned from Dr. Chapman built a good foundation and every day I add to that knowledge. I can’t wait to see what the future holds,” she said.

Recipients of the Galliard Medal and the Sumpf Award are invited to attend the ISPL yearly meeting and present their research. This year, due to international travel restrictions, the ISPL meeting in France was held online and abstracts of Chapman and Keereetaweep’s presentations can be found here.

Chapman and Keereetaweep have co-authored 15 papers on the subjects of lipids and plant biochemistry. Three of their papers along with weblinks are listed below: