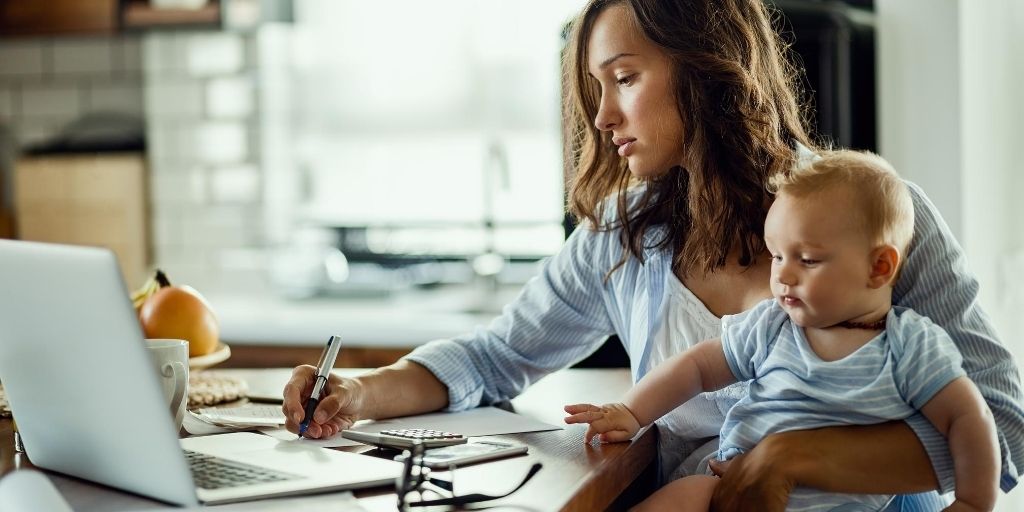 DENTON (UNT), Texas — The pandemic has brought a dramatic shift to the way Americans work, with more people than ever telecommuting. Those adjustments have been further complicated for working parents whose caregiving responsibilities have grown tremendously following the closures of schools and daycares.

In analyzing data from the U.S. Current Population Survey from February to April, Scarborough and co-authors Caitlyn Collins of Washington University in St. Louis; Liana Christin Landivar at the Maryland Population Research Center and Leah Ruppanner at the University of Melbourne found that mothers reduced their work hours four to five times more than fathers, which has widened the gender gap in work hours by 20 to 50 percent.

Tracking the same families from March through April this year, the authors examined changes in work hours for heterosexual couples where both the mother and father were employed. Results, which were published online in “Gender, Work and Organization,” showed mothers cut their hours by about 5%, or two hours per week. The gap in work hours between mothers and fathers was most pronounced for couples with children ages 13 and younger.

“When we narrowed the search to households where both parents were telecommuting, we still found the same discrepancy. In fact, the results were even stronger. Mothers were still reducing their work hours to a much greater extent than fathers and fathers were still mainly putting in 40 hours per week,” Scarborough said.

These numbers could be telling of more detrimental and lasting effects for mothers in the workplace, according to Scarborough, who studies gender and racial inequalities in the U.S. labor force.

“We think this is a warning sign for the future. If mothers are scaling back their hours but fathers aren’t, that could have implications for productivity and perceptions from managers,” Scarborough said. “If managers aren’t cognizant of the gender dynamics that are occurring in homes, mothers could be penalized twice when they aren’t considered for promotions and raises in the future because of their decrease in work hours.”

Other long-term implications could bring a further increase in the gender pay gap and a decline in women in the labor force as mothers are faced with tough choices in balancing work and childcare responsibilities.

Scarborough and his research partners plan to continue studying the pandemic’s impact on the labor force, but hope their current study can shed light on the gender inequalities this health crisis is deepening.

“We’re hoping our research can prompt policy that can support mothers and our childcare infrastructure, in particular, for the economic recovery from COVID-19,” Scarborough said.