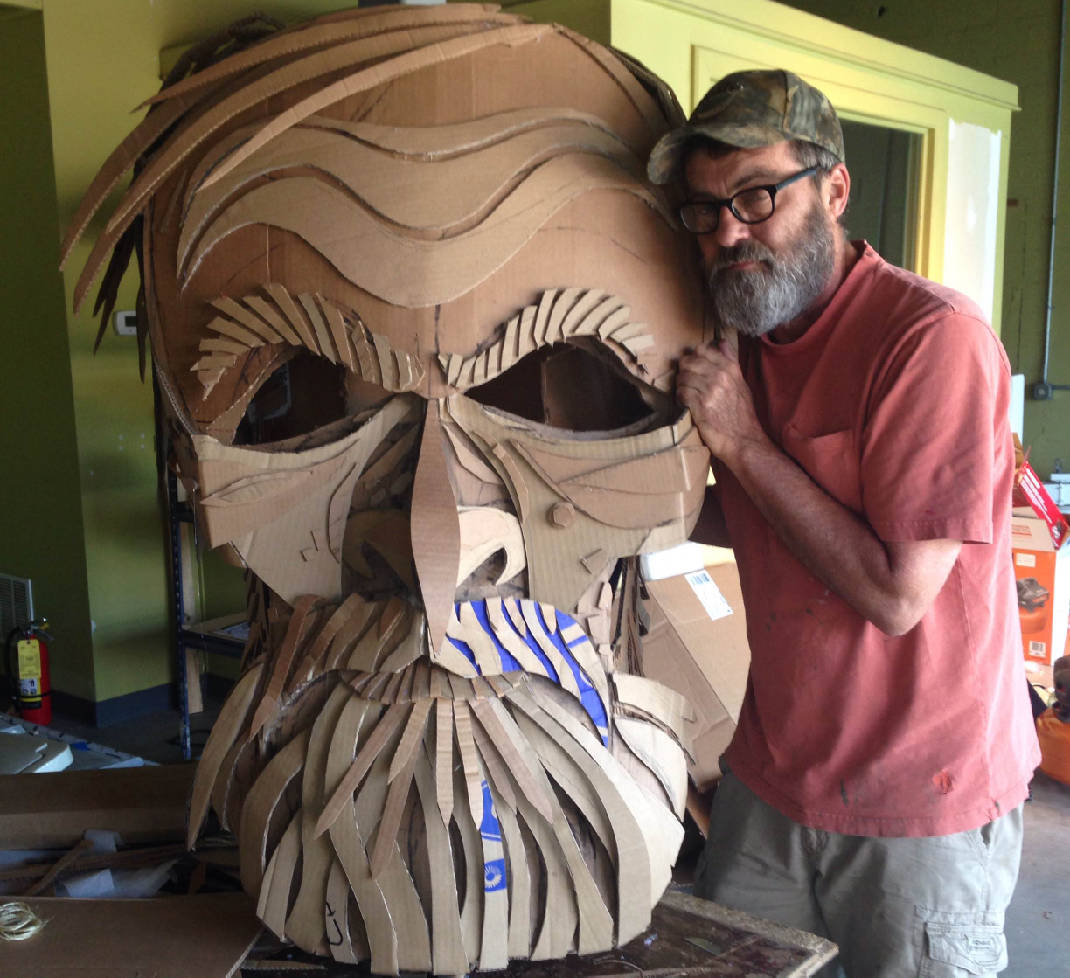 DENTON (UNT), Texas - Artist and puppeteer Wayne White has won three Emmy Awards for his outlandish creations, and now students at the University of North Texas will get to work with him.

White will help make giant puppet heads with students from the College of Visual Arts and Design Oct. 22-26 (Monday-Friday), and give a free talk to the public at 7:30 p.m. Oct. 23 (Tuesday) at the University Union Lyceum. Students will show off their work in the Twilight Lantern Parade, part of the Day of the Dead festivities, on Oct. 27 (Saturday) in downtown Denton.

White was an illustrator for “The New York Times,” “The Village Voice” and other publications before becoming a designer for “Pee Wee’s Playhouse,” which won him three Emmys. He also served as art director for the videos of Peter Gabriel’s “Big Time” and Smashing Pumpkins’ “Tonight, Tonight,” earning him MTV Video and “Billboard” awards.

He currently works on paintings that feature sarcastic text against landscapes. He is also subject of the documentary “Beauty is Embarrassing.”

James Thurman, associate professor of art at UNT, says White has been an influence on artists like him because of White’s sense of fun.

Thurman said many artists start with open-ended playful approach, then get serious.

“In my teaching, I’m always emphasizing the importance of being playful of your work,” he said. “I use his work as an example of that. He uses humor and play in the creation of art.”