Craft has seen a surge during the pandemic, but turning to art amid turmoil is not new says UNT art historian 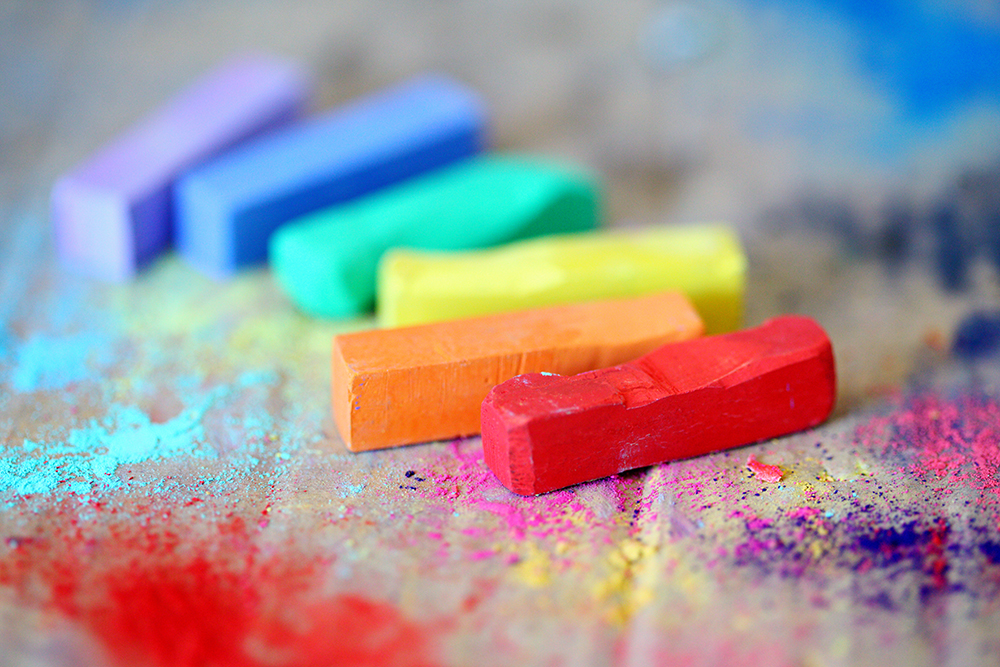 Arts and crafts have seen a surge in popularity this year as the pandemic has forced many to spend more time at home.

For some, the hands-on activities are a way to pass the time in isolation or a form of self-care to practice mindfulness. Others have used their creative talents to sew masks and make personal protective equipment for workers on the frontlines or spread messages of goodwill and hope in their communities.

Turning to craft in a time of turmoil is not unprecedented, according to art historian Jennifer Way, a professor in the College of Visual Arts and Design at the University of North Texas. People have used craft as a means for therapy and wellness, cultural heritage and political activism in periods of conflict throughout history.

Way researches the social meanings and uses people make of art, including visual art, craft, design, material culture and exhibitions in the 20th and 21st centuries. She’s especially been interested in the influence craft has in wartime.

In her 2019 book, “The Politics of Vietnamese Craft: American Diplomacy and Domestication,” she explores the political significance of craft, design and visual culture for American diplomacy with Vietnam during the mid-20th century. Her forthcoming book will look at why and how Americans have made craft for therapeutic purposes during World War I, World War II, the Global War on Terror and COVID-19 pandemic, which many consider a type of war.

Way discusses her study of craft throughout different time periods and what trends we are seeing in the current pandemic and social climate.

How do you define craft? How is it different than other art forms?

I define craft, as I would decorative arts, sculpture or painting, by trying to understand how discourses or sets of meanings that are specific to a time, place and social group constitute what counts as its forms and practices. For many Americans craft is a cultural form that emerged in the U.S. during the 19th century as a hand-based fabrication valued especially for its differences from machine-made goods. Before then, craft comprised the creation, materials, histories and uses of many objects of everyday life.

What inspired you to study craft and its social/cultural meanings?

As an art historian, I work on questions about how art is used and becomes meaningful in various contexts occurring from about 1900 to the present. For example, in my previous book I explored the political significance of craft, design and visual culture for American diplomacy with Vietnam during the mid-20th century. Working on that project made me realize that we lack a sustained discussion about America’s steady creation of craft in times of war. With some exceptions, I think we focus on culture during times of peace and avoid understanding its relationships with conflict. Additionally, a history of craft, or a history of art that incorporates craft using humanities methodologies is still in its infancy, so there is a lot of research concerning craft that is waiting to be done.

Why do you think people turn to making craft in times of war specifically?

Since WWI, craft has connected to war in many ways. The federal government along with national non-governmental organizations engaged in therapeutic craft for troops and veterans, as did social institutions like medicine and education. Community organizations, families and individuals made craft during times of war to:

Although craft forms or techniques might repeat through wartime history, those who practiced them, how, when and where they practiced, and what significance the practice and completed craft forms had in relation to war, differed from war to war. This happens because things change, such as ideas about what counts as craft, and expectations about why making craft matters. Additionally, therapeutically, craft associates with new objectives and their concepts about self, mind, body and embodiment. Since about 1917, when the U.S. entered WWI, people have made craft to: re-train the body and mind; model good citizenship; express an inner, emotive self; cope and de-stress from trauma; reconnect to the self through attention; maintain alertness and engage with creativity to experience time in a particular way.

Are there certain types of crafts that were common in different time periods?

During WWII, crafts shifted to natural materials and more plastic materials (and their combinations) that facilitated fluid, abstract forms. The War Department and the Armed Services formalized opportunities for troops to make handicraft. Major cultural institutions offered instruction, and they published and exhibited the results. Making craft was recognized as a way to facilitate mind and body connections. Renowned designers developed courses using craft in rehabilitation and occupational therapy, and they organized national craft projects to support troops.

The embrace of machine technology for precision and replication, and an interest in the re-use of materials developed through the end of the 20th century. From Sept. 11, 2001 through 2014, American involvement in the Global War on Terror saw American troops fighting in Iraq, Afghanistan, Syria, Pakistan, Northern Africa, Philippines, Yemen and Libya. As craftivist events and objects levied political protests in civic spaces, making craft also fostered social connections. Institutionally, making craft comprised one strand of a larger wellness and restorative practice characterized as art therapy, creative arts and creativity. Electronic and in-person opportunities were created to allow more people the opportunity to participate in making craft and to convey the significance of craft artifacts aimed to foster social belonging, self-improvement and resiliency for troops, veterans, community groups and families. These opportunities promoted diversity and encouraged cultural enrichment, and opportunities to focus as well as divert attention. Craft objects provided people a way to grieve and remember.

I am studying COVID-19 because American government officials, states and social institutions characterize it as a war to which everyone is subject, and social media platforms and the mass media are linking making craft to this war.

Some American artists and art museums have responded by using social media and art world marketing to promote making craft as a key element of community art projects aimed at establishing virtual connectedness during physical isolation. Meanwhile, national news media and social organizations encourage Americans to manage personal, virus-related stress by making craft to practice mindfulness and self-care and, somewhat contrastingly, to connect to the outside world.

There are racial and socioeconomic aspects to the creating of crafts during the COVID-19 pandemic such as available funds, free time and personal experience. Making craft is also an expression of social justice and highlights critical disability issues. Craft has emerged as a social practice art that illuminates inequities in health and wellness as civil rights.

Can you tell us more about your upcoming book, “Deploying Craft: Crafting Wellness and Healing in Contexts of War?”

Craft might seem to be an innocuous, marginal artifact of everyday life in the modern era and beyond. Yet, it has been a part of civil and foreign wars, cold wars and police and military actions. Craft has found a place with troops, on home fronts and in internment camps, prisons, sites of rehabilitation and spaces of memorialization. Its associations with war complicate our ideas about distinctions between home fronts and private space and spaces of conflict, gender and wartime and times of peace, and it puts into question why we value making things and the ways our embodied selves participate in making things.

I am looking at why and how  Americans made craft for therapeutic purposes comprising wellness, coping and rehabilitation from trauma and injury in relation to WWI, WWII, the Global War on Terror and COVID-19.  I am also interested in the ways that making craft for these purposes related to art world ideas about craft. This point is very interesting, because making craft as part of war-related coping and healing has more to do with the effect of trauma and injury on the craftmaker as opposed to craft in the world of art that might instead emphasize beauty and the completed object. Now, larger questions about what histories we prioritize in the history of craft and art, emerge. For example, alongside the development of craft for utilitarian purposes, and as a means to integrate beauty into everyday life, and serve as a fine arts studio practice, there also is this additional thread of craft and care. As part of the history of craft, craft’s aesthetic of care connects it to other types of art-based practices involved in the experience and quality of everyday life, on issues ranging from health to social justice. Yet, to date, our histories of art and craft do not really address this. In my project, I aim to flesh out the historical record to highlight these themes. To do so, instead of using a customary social science approach to study art in relation to therapy that typically emphasizes quantitative methods and marginalizes craft, I use a humanities-based, interdisciplinary approach that draws from craft history, art history, material culture studies of war and histories of therapy, trauma studies and disability studies.